When her sister is sexually assaulted and left for dead, a new “darkness” comes out in the Intelligence unit rookie, actress Marina Squerciati says of the harrowing hour.

Below, Squerciati also reveals whether Burgess’ ex Ruzek provides a shoulder to lean on during the ordeal and shares her favorite method of hiding her real-life pregnancy (thanks for the assist, Atwater!).

TVLINE | I feel like every time we get on the phone, something bad is happening involving Burgess.
[Laughs] Well, you know, it’s not a comedy. Yes, I agree. Burgess has had some hard knocks. But as an actress, it’s pretty exciting… There’s a darkness that descends on Burgess that we never see [in this episode]. There’s a real focus and a real lack of… I don’t want to say compassion, but like a real drive to get the perp that we haven’t seen before. So that was really exciting to play. When you’re avenging your sister’s rape, I think that you’ll go to the ends of the earth to do what you need to do, and that’s what Burgess does.

TVLINE | Even though this crime doesn’t involve her directly, as you mentioned, it’s her sister, so Burgess has a personal connection to it.
It’s almost worse. When you suffer, you know how to handle it. You know how much you’re suffering. But if someone that you love is suffering, and you don’t know how to help, you don’t know what to do, it’s sometimes even harder to watch. And it’s also [Burgess’] 11-year-old niece [who is affected]. It’s just brutal to watch two people that you love suffer. I’d take my own suffering over my friends or family’s any day.

TVLINE | How is Burgess handling having someone that she loves so much hurt so badly?
If you asked her, she would say, especially this episode, that she’s fine. I think she’s the best cop she ever will be in this episode. She’s focused and determined and not letting anything get in her way. Maybe in a couple years, she might have a breakdown about it. [Laughs] But right now, she is the best cop she’s ever going to be. 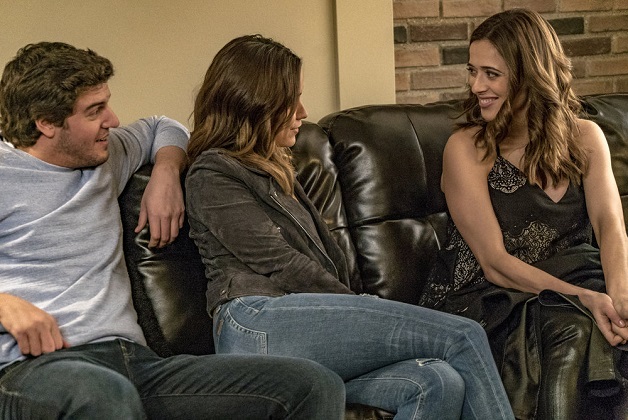 TVLINE | Does the fact that the victim is so closely tied to her change how Burgess goes about doing her job?
She knows that if she shows anything that’s out of the realm of being a cop and is more a sister, Voight’s going to take her off the case. So she goes to the extreme of just being a cop. You see that in the last scenes when she goes undercover with Lindsay, that this sort of brutality comes out in her because she’s just been forcing all these emotions down to get the perpetrators.

TVLINE | Is it fun for you to play those undercover scenes? You get to be a different character in a way.
It was wonderful. I was — and still am — very pregnant in that club scene, so it was more difficult than normal, and everyone was very protective of me. I was like, “I’m fine, I’m fine. I’m OK.” [Laughs] I would just take breaks between shots. But yeah, it’s really exciting. I wish I could have done more. I really do love doing stunts, but I had to be a little protective of my body. But as you can see, I did a lot! [Laughs] I’m not too worried.

TVLINE | What’s been your favorite way that they’ve hidden your pregnancy so far?
Oh, LaRoyce [Hawkins’] head is a really good one. That’s my favorite. Anyone can do a computer monitor and a file folder, but LaRoyce’s head is a real special one.

TVLINE | They should hide it behind his muscles. Just have him flex all the time.
[Laughs] I think LaRoyce wouldn’t mind that at all.

TVLINE | As Burgess is going through all of this, who’s the emotional support for her?
I don’t know that she has one right now. Generally, it’s Platt. For her relationship, it’s definitely Lindsay, although we don’t see that that much. I think Platt is the one who gives her what she needs. 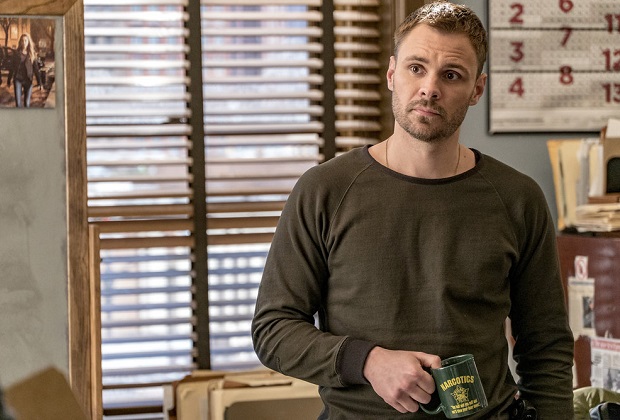 TVLINE | Were you surprised that Ruzek wasn’t more of a shoulder to lean on in the episode?
There was one last scene with Ruzek where we’re together that got cut. It’s funny: You build a story with the pages that you have, and the audience doesn’t get to see the full story. I love the story that they chose… I think behind the scenes, she is definitely relying on him.