Scandal decided to show its viewers some mercy on Thursday by (A) sticking to a single timeline of events, and (B) delivering some long-overdue answers. Unfortunately, that same mercy didn’t exactly extend to Huck.

Picking up right where last week’s episode left off — or was it the episode before last? — OPA was firing on all cylinders to track down its missing member. And the gang was right to worry; while Olivia’s minions were tittering about the city looking for Huck, he was bleeding out in the trunk of Meg’s car, which eventually made its way off a cliff and into the sea. 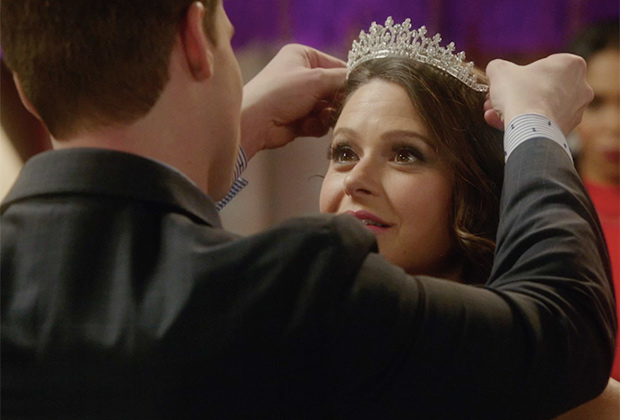 But Huck wasn’t about to go down without a fight — not when he had an entire squad of spirit friends to cheer him on! (Well, most of them were rooting for him. Spirit Rowan really could have been more supportive. And what was up with Spirit Huck’s coyote threats?)

Anyway, with most of the metaphorical group lending him support, Huck Houdini’d his way out of Meg’s trunk and onto dry land. After that, it was just a matter of OPA using Jennifer’s phone to track both bodies, one of which (Huck’s, duh!) was not yet a corpse.

Other moments worth discussing…

* Watching Olivia slap Abby was really satisfying. (“What did I tell you? Do not cross me again!”)

* Abby and Olivia’s whole fight was actually kind of satisfying, as was watching Quinn lunge at Abby from across the OPA boardroom table. It brought the whole season full circle; everyone’s got someone’s blood on their hands.

* The whole time Quinn and Charlie were torturing Meg, I couldn’t help but wonder, “Is this, like, foreplay to them?” Also, did Quinn really have to slit her throat like that? No wonder this episode came with a parental warning! #MyEyes

* Speaking of Quinn, did anyone else get nostalgic for #HuckleberryQuinn during her speech to him in the hospital? Like, Charlie might want to watch his back… or at least his ring finger.

* Fitz and Olivia also shared a nice moment in the hospital — the kind of moment that might make someone go vote in a poll about the future of said couple.

So, was this week’s episode worth the hype — not to mention the wait? Drop a comment with your thoughts below.