The following story contains spoilers from Tuesday’s New Girl (series?) finale. Proceed at your own peril.

In New Girl‘s Season 6 climax on Tuesday, Cece and Schmidt learned that they’re on the cusp of parenthood, Winston reconnected with his estranged father (a reunion hastened by his sweetheart Aly), and, in a development that’s been roughly three years in the making (since their Season 3 split), Nick and Jess finally found their way back to one another.

Basically, everyone walked off with a happy ending. Or were they new beginnings? We’ll find out in May when Fox decides whether to renew the bubble comedy.

Below, exec producers Brett Baer and Dave Finkel drop new intel on what a possible Season 7 might look like (including which cast members are returning), while also answering some burning questions about Tuesday’s loose end-tying finale.

TVLINE | That really felt like a series finale. Did the network come to you and say, “You might want to wrap things up?”
BRETT BAER | The studio and the network [basically] said the same thing to us: “We probably won’t have an answer [about a seventh season] by the time the [finale] airs…  and you should be prepared to provide a conclusion that can go in either direction.” 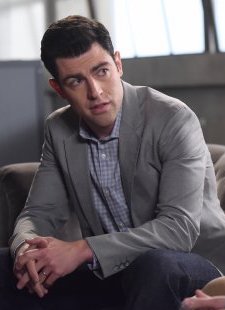 TVLINE | If it is the final season, will you regret not playing the Cece pregnancy card
sooner? It’ll suck if we never get a chance to see what Schmidt is like as a dad.
BAER | I’m hoping for a Season 7 for a lot of reasons, but that’s definitely one of them. We had such a blast watching the Bridezilla stuff and seeing him be a groom in Season 5. And the idea of seeing him as a Helicopter Daddy is hilarious.

TVLINE | Similarly, if there’s a Season 7, you are basically recommitting to the idea of Jess and Nick as a couple, for better or worse. And if you break them up again, it has to be the last time you do that, right?
BAER | We have options in a potential Season 7 to keep some level of [excitement] in that relationship. I’m aware of what you just said — we don’t want to yank the audience’s chain. There’s only so much back and forth you can do. But we’ve been talking about creative solutions to that dynamic and how to move forward in a way that wouldn’t just be like a one-directional approach.

TVLINE | When we last spoke you hinted that you had some bold ideas for a potential Season 7. Does one of them involve Nick and Jess?
FINKEL | Yes, that’s one of them. There’s a lot of stuff on the table.

TVLINE | Jess and Nick didn’t actually spend much time together in the finale. How come?
FINKEL | It was designed to be the culmination of two people who had been missing each other for so long. The whole season built to that moment. If you had any moment between them that went any deeper it would’ve been a disservice to the story and where Jess’ journey had taken her this season. From the first episode this season she stated her intention that she wanted him back. So when he gets in the elevator [in the finale] and says, “I have to tell my best friend I’m in love with her” that’s the complete story.
BAER | And that’s what we think serves as a springboard into a Season 7. We find these characters at this pinnacle moment with the future ahead of them and seeing where that takes us. 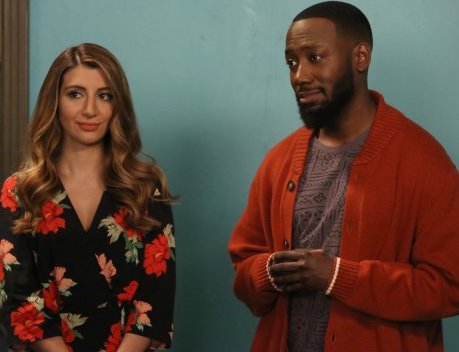 TVLINE | Were Winston and Aly going to join Jess in Portland? Or did I miss something…
FINKEL | They’re just helping take Jess’ stuff to storage. They’re not going to Portland with her.

TVLINE | So, speaking of Season 7, any new renewal buzz since last we spoke?
BAER | At every turn we keep hearing that the intention is to bring the show back.

TVLINE | Is there any scenario that exists where the show returns next season without the current cast intact?
BAER | I don’t think so. Right now, as far as I know, everyone is locked in. It’s everyone’s intention to come back.