The Grim Reaper is coming for The CW’s Legends of Tomorrow — and we’re not talking about last week’s casualty, Amaya.

During Tuesday’s Season 2 finale (airing at the special time of 8/7c), “we will be losing some people,” executive producer Marc Guggenheim tells TVLine. “There are going to be some significant deaths.”

Needless to say, the show is “going to have to” add some new players in Season 3, given the loss of life. “But whereas the Season 1 [finale] was introducing a character or a group of characters from the JSA,” this ender ushers in “a concept,” Guggenheim shares.

That said, Tuesday’s episode — in which the Waverider crew revisits 1916 in order to stop the Legion from rewriting reality — is “very similar to the Season 1 finale, in terms of its structure,” the EP says. “We definitely get a definitive end to the Legion of Doom/Spear of Destiny story. The end is a cliffhanger in the vein of Season 1… It’s an equally shocking finale as last year’s.”

TVLINE | From the outside, “Aruba” seems like a peculiar episode title. What’s the significance?
It’s actually a reference to one of the lines in the Season [2] premiere. Rory, basically, wants to go on a vacation, and he’s picked Aruba as his destination of choice. The idea of taking a vacation to Aruba is something that resonates throughout the season finale. So we have a little bit of a narrative bookend. I don’t want to spoil whether or not the Legends actually get to Aruba, but Aruba looms nicely large. 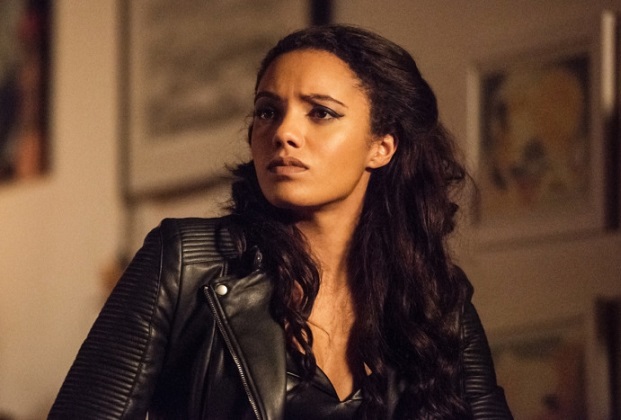 TVLINE | Following her death, what role, if any, does Amaya have to play in the finale?
Amaya has a pretty pivotal role to play, in large part because she’s going to have a reunion with Nate [in 1916]. Whether or not Amaya survives the finale is something you’ll have to tune in and watch for. But getting Nate back together with the woman he lost in the previous episode was one of the important bucket-list items we had.

TVLINE | Could the team pluck Amaya from another time, like the Legion did with Snart?
They’ve already plucked her from one time. They plucked her from 1942. One of the big things in this episode is the exploration of what happens when you mess with time too much. You’ll have to see what the consequences are before wondering whether or not the Legends want to screw with time any more than they’ve already screwed with it.

TVLINE | Are there instances of them encountering themselves when they go back in time?
Oh yeah! That’s a big part of the episode. The Legends are actually going to interact with themselves. It’s a little bit of our homage to Back to the Future Part II, when Marty goes back to the events of the first movie. A lot of the fun of the finale is derived from doubling the number of Legends on your TV screen.

TVLINE | Not sure if this was clear: Does Rip know where (and how small) he is?
He doesn’t. We’re going to address that pretty directly at the beginning of the season finale. But no, he doesn’t quite yet realize how tiny he is. Him discovering it is a fun moment.

TVLINE | Is upsizing Rip a job for Ray?
You’re the first person to ask that question. All I’ll say is that he wasn’t shrunk down by the Spear of Destiny.

TVLINE | Do any of the Legion members have an agenda in the finale other than thwarting the Legends?
Yeah. Thawne definitely looms very large. He makes a large number of surprise appearances. 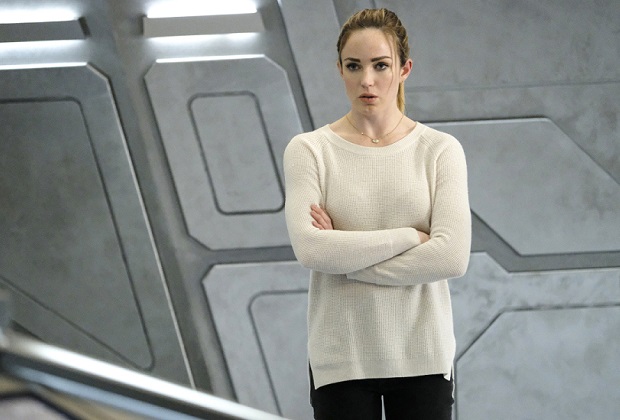 TVLINE | Is the Sara/Laurel scene something that happens by design? Or does it sneak up on Sara?
It certainly happens by the design of the writers. It happens very organic to the story. It’s definitely a pivotal moment in the plot. I don’t want to spoil it. I’ll just say Katie Cassidy appears as Laurel Lance. She doesn’t appear as Black Siren or Black Canary. It’s really a reunion of sorts between the two Lance sisters.

TVLINE | But Sara doesn’t seek Laurel out, does she?
Hmmm… there’s a philosophical argument to be made that she does.