Grimmsters, it’s time to hold each other close: “The End” is upon us.

No, I’m not being dramatic — that’s the title of the NBC supernatural show’s final episode, which airs Friday at 8/7c. 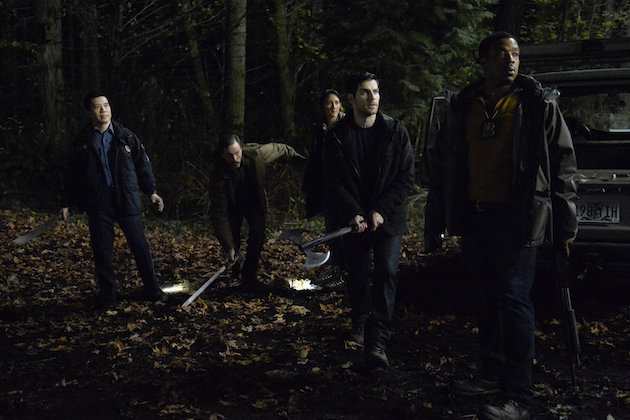 The previous episode ended with ultimate big bad Zerstörer killing nearly everyone in the Portland Police Department’s precinct, including Nick’s friends Hank and Wu. (Sob!) In this exclusive sneak peek, which is the very opening of the series finale, we see what happens immediately after Nick comes back to his senses. (Goodness knows how long he was out; that slam against the lights looked rough.)

Yes, the magic stick is involved. No, maybe not in the way you think.

Per the official episode description:

Nick faces off against his greatest foe yet as it seems no weapon can defeat him. At the Spice Shop, Monroe, Rosalee  and Eve search for answers and stumble upon a rare potion that may help the fight. Elsewhere, Capt. Renard and Adalind try to keep Diana and baby Kelly safe as the threat has its eyes set on the children.

And set a reminder in your phone now: I’ll be on TVLine’s Facebook Live immediately following the episode’s East Coast airing (9 pm) so we can process our feelings together.

In the meantime, press PLAY on the video below to watch what happens in the aftermath of the deadly attack, then hit the comments: What will you miss most when “The End” is over?