Lethal Weapon‘s Martin Riggs is the fun kind of crazy… until he’s the scarily obsessed kind of crazy, a point quickly reached in the Fox series’ season finale on Wednesday.

A quick recap: Working off what Agent Palmer divulged at the end of last week’s episode, Riggs followed through on his desire to make Gideon pay for Miranda’s not-accidental death. That involved staging his own unsanctioned extraction of the prisoner, as well as some off-book torture, before Murtaugh figured out why his partner was acting so oddly. After realizing exactly how many lines his partner had crossed, the older cop requested that Capt. Avery pair him with another partner.

Gideon eventually got squished by a Los Angeles subway train, but that was nothing compared to the hour’s major takeaway: Ronnie, Riggs’ former father-in-law, was wrapped up in Tito Flores’ drug operation (!) and was complicit in Miranda’s death (!!). And he would’ve been happy to let Gideon and his guys kill Riggs and Murtaugh, except they escaped — in time for Murtaugh to attend RJ’s high school graduation — and Ronnie ended the episode getting hauled away for his crimes.

But uncovering his former father-in-law’s betrayal and watching Gideon die wasn’t enough for Riggs, who fled to Mexico to take on the drug cartel responsible for Miranda’s death himself. Of course, Murtaugh soon followed, because #besties.

Read on as series creator Matt Miller unpacks the high-stress finale (“tonally, this one is as tense an episode as we’ve done”) and gives us a little hint about what’s to come in the already-renewed Season 2.

TVLINE | At the beginning of the season, Riggs comes out and says he has a death wish, but that seemed to lighten as the episodes rolled out. Then, boom, the events of the finale happen. When did you know you wanted to go this dark and deep with Riggs?
At the very beginning of this season, I knew that this was going to be the end of the season — not necessarily knowing all the different plot moves… I knew the big moves. We knew that Riggs was going to find out about Miranda’s death and it was this sort of mythology that we were playing from Season 1. 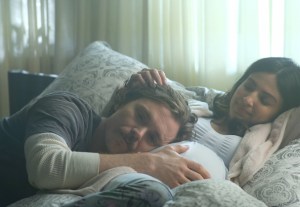 The idea was to tell the Miranda story in Season 1 and come to some degree of wrapping it up by the end so that we could reboot the series in Season 2 with a different season-long arc. And the idea of a guy who started off our season and our series as being suicidal and gazing into the abyss was how we wanted to launch Rigg’s character, which spoke a little bit more to the first Lethal Weapon movie, which was a little darker.

But you don’t want your guy to exist in that state throughout the course of the season. So, the idea was to always have peaks and valleys with Riggs’ character where he would have moments where he feels like he’s moving on as a person. But we never want him to get too comfortable. So, every time that happens, we pull the rug out from under him.

TVLINE | Traditional TV wisdom says that a dark arc like that often ends with the character in a better place. But Riggs doesn’t seem much better off at the end of the season than he was in the beginning.
No, he’s possibly worse! [Laughs] The idea was to drag him through the mud. I don’t know, I think that you kind of let the characters dictate the story, and it felt like to have some sort of sweet ending where the sun sets and we feel like all is right in the world, just didn’t feel like where we wanted.

We want to really launch this kind of intrigue at the end of Season 1 and build up some of the mystery going into season two. [Also], really this is a show, to a certain extent, like a romance and a romantic comedy, but it’s about two guys: Riggs and Murtaugh. 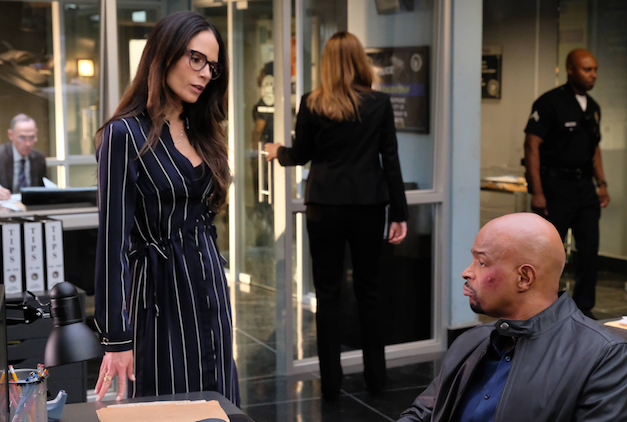 TVLINE | Which brings me to Murtaugh’s evolution. In the beginning, he seemed to go along with Riggs grudgingly. But he’s fully in by the end of this episode. Are they at a new place in their relationship next season?
I think so, yeah. What’s happened through the course of the season is a lot of Murtaugh feeling like he can’t work with this guy and — I think this works for both the characters and the actors in particular —  they have such great chemistry that you know they’re always going to kind of stay together.

For Riggs, he’s always going to push Murtaugh. Murtaugh started off the season as a guy who’s afraid to live, a little bit. He just suffered a triple bypass. And through the course of the season with Riggs, he feels most alive… It took a guy like Riggs to reawaken him to life. But then in the finale, Riggs does some things that make it impossible for Murtaugh to ever work with him.

He crossed a line that Murtaugh didn’t even think he could cross. It’s more than just being scared, jumping off a building and things like that. He genuinely crossed an ethical line that Murtaugh doesn’t think he can ever recover from, but ultimately, by the end of the season, Murtaugh gets to a place where he realizes: He’s never going to let this guy drown. His line, where Murtaugh tells him that your wife’s dead and you said you aren’t going to kill yourself, but you’re drowning? Murtaugh realizes that he’s the guy. He’s the only thing that stands between Riggs and death and drowning, and he’s never going to let him drown.

What did you think of “Commencement”? Grade the finale via the poll below, then go to the comments to back up your pick!