Well, that was an Elle of a way to kick off the sixth season of Baby Daddy.

Picking up shortly after the events of the Season 5 finale, Monday’s opener found Danny and Riley experiencing life as parents-to-be, Ben hunting for the elusive “Elle,” and Tucker guarding the secret of why he really returned to New York.

Below, series creator Dan Berendsen teases what to expect from each character as we move deeper into the season, which concludes with the 100th episode:

BEN | Before you go and accuse Ben of being immature for sleeping with two of Elle’s friends, Berendsen reminds us that the character’s growing-up process has always been “incremental,” further explaining that “the Ben we used to know would have stopped at that first girl. When he said he’d sleep with 100 girls if that’s what it took to find Elle, in his mind, that’s a noble act.” Once content with random hookups, Ben now believes that Elle’s existence is “the universe’s way of telling him that he and Emma need someone else in their lives.” 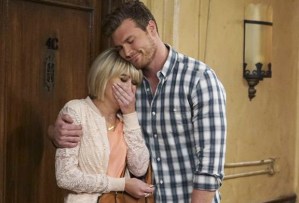 RILEY | Spoiler alert: Despite the doctor’s warnings, Riley “doesn’t get ripped in half” when she gives birth, Berendsen assures us, adding that Chelsea Kane “really enjoyed” her pretend pregnancy. “It’s something she’s never gotten to do as an actress … and she still managed to be adorable, even with those heavy silicon [bellies] she had to wear.” (Bonus tease: “Riley’s still a professional, so we’ll go to work with her and see what it’s really like being pregnant in the workplace.”)

DANNY | “One of the things I love about Danny is that when he really wants something, he goes for it,” Berendsen says. “He’ll have his ups and downs, but there’s no second-guessing this. Being married to Riley and raising a family with her is what he’s always wanted, so he’s really living his dream, even more so than being a professional hockey player.” 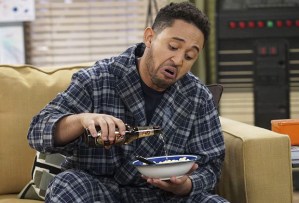 TUCKER | After spending the past few seasons “riding high,” Season 6 picks up with Tucker having “lost it all.” According to Berendsen, Tucker is in “rebuilding mode this season. He’s pursuing a career and he’s looking for love … and by the end of the season, I believe he will have found both.” (As for what exactly caused Tucker to leave “Hell-A,” Berendsen’s lips are sealed. For now.

BONNIE | Though “Bonnie and Brad will probably never end up being in the same room together for too long,” Berendsen promises us they’ll have “a few misadventures” as a couple. (As long as one of those adventures isn’t a trip to divorce court, we’re happy!)