THE PERFORMANCE | Were Joan Crawford alive today, we have to think that she would have been satisfied — dare we say pleased? — with Lange’s casting in FEUD. Not only has the Ryan Murphy fave won the second Oscar that always eluded Crawford, but she plays the Hollywood legend with an empathy that never fails to remind us that, behind the leading lady, there was a flesh-and-blood woman as damaged as she was determined.

In the anthology series’ first episode, Lange comes out just as Crawford would have — swinging — choking on resentment over the dearth of parts for actresses her age yet hell-bent on not going down without a fight. Once the erstwhile Lucille LeSueur discovers the comeback vehicle that she needs — What Ever Happened to Baby Jane? — Lange shows us, in short order, a dozen different sides to her fascinatingly flawed real-life character.

For instance, in one scene, the American Horror Story vet masks Crawford’s cunning with charm — going so far as to make (relatively) nice with Bette Davis, the rival whose respect she so craves. In another, Lange reveals just how mercurial Crawford was, as she goes from calling out Baby Jane’s producer/director for giving Davis a bigger per diem to making an incomplete pass at him. And so Lange goes, adjusting Crawford’s attitude as often as she changes her wardrobe.

Where the three-time Emmy victor’s work is the most remarkable, however, is in its depiction of Crawford’s fragility. When we think of the Mildred Pierce icon, we think tough-as-nails. But Lange shines a light beneath that hard image — in particular, as Crawford basks in praise after shooting her first take as Blanche Hudson — to make it plain that, as aggressively as she hustled for fame and fortune, what she really wanted was to be loved. Somehow, we think she’d approve.

HONORABLE MENTION | Claire Danes‘ famously quivering chin got a real workout this week on Homeland, as “Imminent Risk” saw Carrie’s daughter Franny snatched away from her in family court. Danes has often taken a backseat this season, plot-wise, but here, she stepped into the spotlight, conveying the raw devastation and sheer panic of a mother separated from her child. And the trembling desperation in Danes’ voice as Carrie begged Keane to help her get Franny back… it was almost too heartbreaking to watch. The only good thing about Franny being gone: It propelled Danes to her finest performance of the season.

HONORABLE MENTION | As Legion‘s conflicted mutant David Haller, Dan Stevens has been stuck in his own mind (literally) most of the season. But this week, in “Chapter 5,” Stevens got to take David’s massive telekinetic powers out for a spin — and have a little fun for once! Wearing a sly smile, David stormed through Division 3 laying waste to enemy soldiers, and Stevens made the mutant’s newfound cockiness positively unnerving. Plus, David later retreated back into his psyche, where Stevens gave a truly odd performance of Kermit the Frog’s “The Rainbow Connection.” Kick-ass action scenes, emotionally wrenching psychodrama, Muppet song covers… is there anything Dan Stevens can’t do? 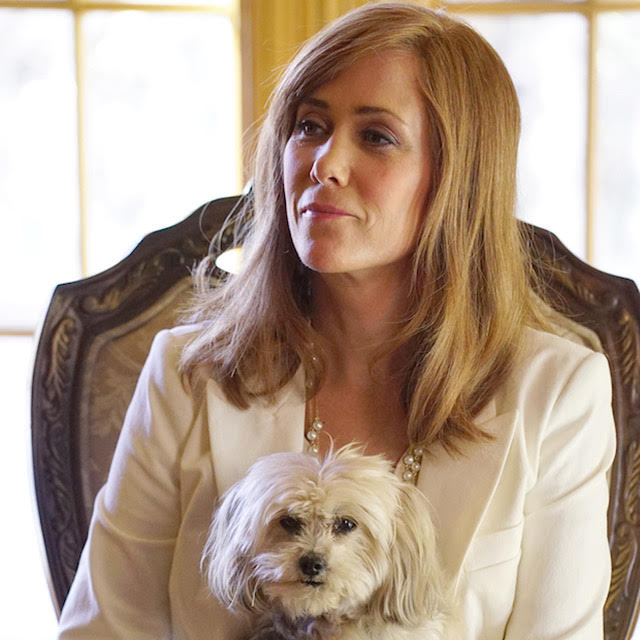 HONORABLE MENTION | Kristen Wiig had the weight of the (end of the) world on her shoulders last Sunday, carrying an entire episode of The Last Man on Earth without the support of Will Forte or any of the supporting cast. And to say she was up for the challenge is an understatement of apocalyptic proportions. The Saturday Night Live alum delivered an Emmy-worthy performance as newly introduced survivor Pamela Brinton, whose initial naiveté regarding the severity of the virus had us howling from the get-go. From her delivery of the line, “Refried beans? Why don’t you fry them right the first time?,” to her absurd attempts to teach her dog how to talk (“Damnit Jeremy, you’re not even trying!”), Wiig had us missing the days when she was on our TV screens (mostly) every weekend.