To mark the 20th anniversary of Buffy the Vampire Slayer‘s series premiere, TVLine spoke to a few of its key players. Our final installment: star Nicholas Brendon.

If Buffy Summers was Buffy the Vampire Slayer‘s strong arm and Willow Rosenberg was its brain, Xander Harris was its heart.

And as that heart — or the “scared guy with a rock,” as Xander calls himself in Season 2’s “Becoming” — portrayer Nicholas Brendon never wanted the character to have any special abilities, he tells TVLine.

Rough TV Moments — And How They Got Better 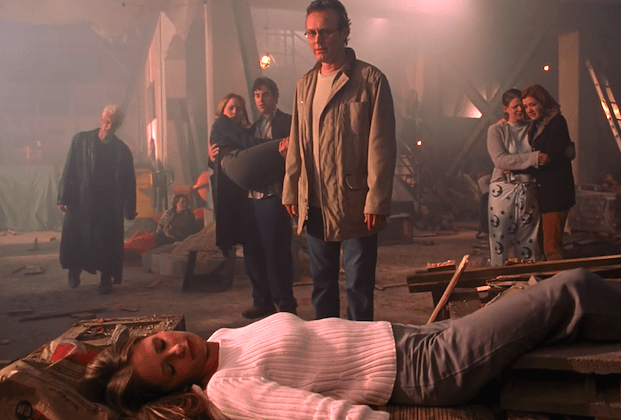 “I was actually kind of upset that he retained some of his knowledge from the Halloween episode,” he says of Xander’s heightened militaristic knowledge, gleaned from being turned into an actual soldier after dressing up as a pretend one. “I wanted him to not have anything. His power was not having power. I just wanted to be the normal guy who got his a– kicked, the guy who said, ‘If you see my spleen lying around anywhere, I could use it.'” 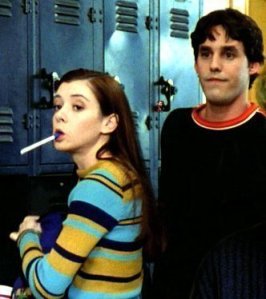 Brendon was a series regular who was around from the pilot presentation of the supernatural drama straight through to its series finale seven seasons later. Given that somewhat unique perspective, we asked him to reflect on his career-making gig: the highs, the lows, and (of course!) that Speedo. Read on for his thoughts on:

GETTING THE PART | “I just nailed it. They’re laughing, and they applaud when I’m done, and I’m like, ‘Holy s—t, I just booked a TV show.” (Editor’s note: Brendon’s gig was finalized after at least one more round of screen tests.)

HIS CASTMATES | “We bonded really, really quickly. We shot the presentation. [Sarah Michelle Gellar] and I were very close. There was a different Willow for the presentation, then they brought in Aly[son Hannigan], and the three of us meshed. The show was building steam, and we were part of this thing that brought us together and [later], to a certain extent, tore us apart, too. Which is the nature of the beast, and egos and publicists and lawyers and all the bulls–t that goes with it.” 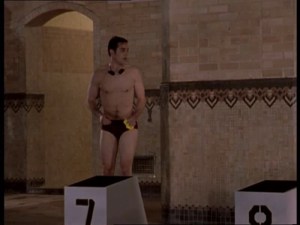 WEARING A SPEEDO IN SEASON 2’S ‘GO FISH’ | “My character was such that, if anything remotely embarrassing was going to happen, it was going to happen to Xander. I talked to Joss, and I said, ‘You can do whatever you want. You can put me in a bra and panties, you can undress me, you can do whatever you want, but please don’t ever refer to my character, Xander Lavelle Harris, as having halitosis. Because I don’t want to be the awkward kid with bad breath.'”

XANDER/CORDELIA | “It was kind of like [Cheers‘] Sam and Diane, but on steroids. We didn’t have any communication at all, and then we’re locked in a closet, and then we’re making out.” 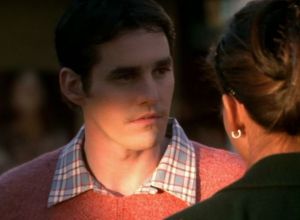 XANDER’S BIG OUTING IN SEASON 3’S ‘THE ZEPPO’ | “It was the only time I read the script where I cried. Because I knew exactly how I was going to play that thing at the end, when I walk away from Cordelia. I knew how they were going to shoot it. “

THE MUSICAL EPISODE ‘ONCE MORE WITH FEELING’ | “I wasn’t hired to sing and dance, and if I sucked, it didn’t really matter. At the time, there were a lot of people who weren’t happy.”

NOT VALUING BUFFY‘S FAME AT THE TIME | “You don’t appreciate what you have until you don’t have it anymore. I would love to be back there, knowing what I know now… I was just as much to blame. I’m in my trailer, doing an amazing show, and I’m like, ‘I wonder what movie opportunities I’m missing right now.’ Like, c’mon Nicky. Get your head out of your a–.” 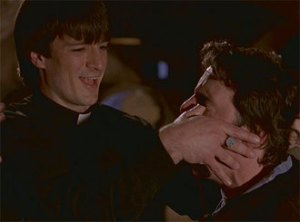 XANDER’S DISFIGUREMENT | “When I lost my eye, they didn’t tell me. I had to read it in the script… When I had that big white [bandage] on? That sucked. The eyepatch, the second they yelled “Cut,” I flipped that thing up.”

THE SHOW AS STANDOUT | “For some reason, Buffy just had a particular magic about it. Everything was just kind of seamless, and it just really worked.”