THE PERFORMANCE | Oh, how we’ve missed this Reese Witherspoon. The living and breathing firecracker from the Election/Legally Blonde era who would toggle from bitchy to emboldened to entitled to vulnerable in the span of seconds. The one who could deliver a well-crafted one-liner with Bette Davis-like precision before melting your heart with a simple glance.

Luckily, with HBO’s Big Little Lies, the Oscar winner has triumphantly returned to her darkly comedic wheelhouse, and that was especially so with Sunday’s second episode.

In the span of 54 minutes, Witherspoon’s Monterey mominator Madeline Mackenzie called her arch nemesis Renata (Laura Dern) a c–t, flipped off her yoga instructor, urged a community theater director to go “f—k yourself on the head,” and implored a horn-honking fellow parent to “Get laid, bitch.” And it’s a testament to Witherspoon’s supreme gifts that even when Madeline veered out of line — did we mention she also tore an innocent crossing guard a new one? — we still rooted for her. It helps that beneath the vim and vigor, Madeline’s heart is in the right place and her causes almost always just. (As she remarked, “I have a low tolerance for injustice.”) That was certainly true when she publicly scolded her ex-husband’s wife Bonnie (Zoë Kravitz) for driving her eldest daughter Abigail to Planned Parenthood without her prior OK.

“When it comes to my daughter’s social recreational life, particularly as it concerns medications that will permanently affect her reproductive organs, would you just kick that little can of worms over to me?” she seethed.

Witherspoon also brought her A-game to quieter moments, like in the penultimate scene when she lovingly reassured her insecure husband Ed (Adam Scott), “You’re the one.”

Mrs. Baskets, it was the worst of times, it was the best of times, and Louie Anderson made us feel every ebb and flow. With an atypical gumption, Christine trekked to Denver, solely to ring “Carpet King” Ken. But as hours in the budget hotel room ticked by, that call unreturned, Anderson’s sighs and so-sad eyes reflected Christine’s dejection. When Ken eventually did reach out, and they grew closer over lunch with his kids — and then with a kiss — Anderson showed a brightness, a relief, flicker behind those same eyes (though one “afternooner” later it would be dimmed by news of Meemaw’s passing). With his all-in performance, Anderson has cemented Christine as one of TV’s great moms.

Brian Van Holt has aimed to switch things up ever since playing Cougar Town cut-up Bobby, and his turn on Training Day marked some of his best, nuanced work. On the surface, Jeff Kullen was but a con angling to escape. And once outside, Van Holt brought a fearsome steeliness to the character, as he bulldozed his way through a casino’s security force. It was in his very final scenes, though, that Van Holt revealed the most wonderful layers, as Kullen saved — as he always had set out to do — both his wife and the little girl he never knew. We shouldn’t feel such a heart tug from a one-off character, but as father and daughter quickly bonded, Van Holt, his gruff voice softening, made exactly that happen. 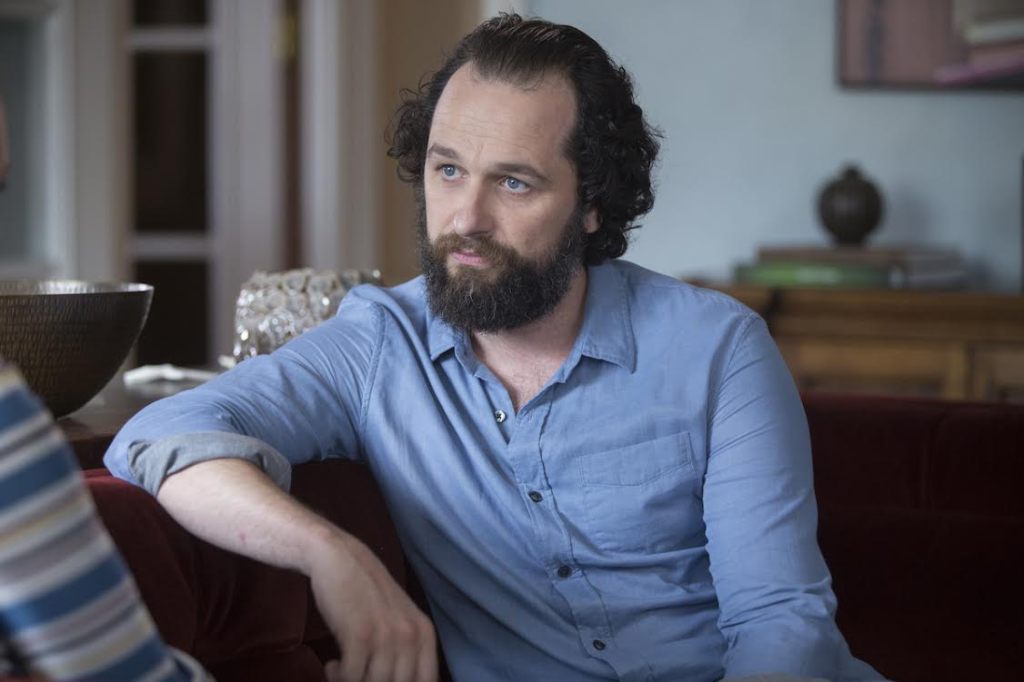 HONORABLE MENTION | Matthew Rhys pulled off an amazing feat this week on Girls: He actually got us to sympathize with a sexual predator. In Sunday’s episode, “American Bitch,” Rhys (sporting a professorial beard) guest-starred as acclaimed novelist Chuck Palmer, who was accused of using his fame to prey on young women. Rhys was utterly convincing as Chuck defended his actions to Hannah and lavished praise on her writing. But when Chuck ultimately made a (graphic) move on her, Rhys’ wicked Cheshire-cat smile spoke volumes. And later, as Chuck proudly beamed while watching his teen daughter play the flute, Rhys showed us that even monsters have a human side.