Supernatural is no stranger to flawed parents — cough, John Winchester and Samuel Campbell, cough — but Dean and Sam’s resurrected mom has proven to be an especially polarizing figure.

Between secretly working for the British Men of Letters and putting her boys’ lives in danger, Mama Winchester hasn’t exactly been the picture-perfect mother. But during this Thursday’s installment (The CW, 8/7c), “the audience will see and understand a lot about Mary,” Samantha Smith tells TVLine.

The hour contains “a lot of action” and “some nice surprises,” the actress adds. “And selfishly for Mary, she’s really busy in this episode. She has a lot going on and realizes a lot of things.”

RELATED The CW Renews The Flash, Supernatural, Crazy Ex and 4 Others

Read on, as Smith compares Mary’s parenting style to John’s and previews her struggle to get Dean and Sam to come around to her side.

TVLINE | John Winchester has gotten a lot of flak over the years for the stuff he did as a father. How would you rate Mary as a mother at this point?
I know, for one, the fandom is not very much in favor of her recent behavior. I understand Mary. I know why she’s doing what she’s doing. I get it. She’s making decisions that she, in her heart, knows are the right thing — or at least she thinks they are — and she knows they’re not going to be popular decisions, but she doesn’t see any other way. Sometimes, as a parent, that’s your job. So from Mary’s perspective, she’s doing what she can, even if her kids don’t like it. But as far as the boys are concerned, they’re probably a little disillusioned. John, as you said, got a lot of flak because he abandoned them a lot, et cetera. Now here’s the difference: The boys are now in their thirties. When John was doing it, they were children. In Mary’s defense, that would be a differentiation to make. [Laughs]

TVLINE | One of the arguments I’ve seen is she’s acting like a Campbell rather than a Winchester. When Dean and Sam’s grandfather Samuel came back in Season 6, he was also very secretive and had a hidden agenda.
I would argue that he was doing that for his own agenda, whereas Mary’s keeping things to herself, ideally, to protect her boys. Maybe that is a misguided idea, and obviously, in Episode 12, it put them in danger. But the goal and the intention is always to help them, to keep them safe, to give them a life away from hunting and danger.

TVLINE | Do you feel like because she’s been gone for most of the boys’ lives — in Sam’s case, his whole life — that they’ve put her on this unfair pedestal?
One hundred percent. She’s been canonized in memory, especially because Dean was four years old. Your mother’s perfect when you’re four. And now she’s come back as a full human, flawed and frightened and selfish and confused, as well as loving and amazing in all the ways that they thought she was. That’s also been something interesting for me, as an actress, to explore. As far as Mary is concerned, I don’t even know if she knows that she’s living up to this image, and that may be one of the reasons that all this is so confusing for her. 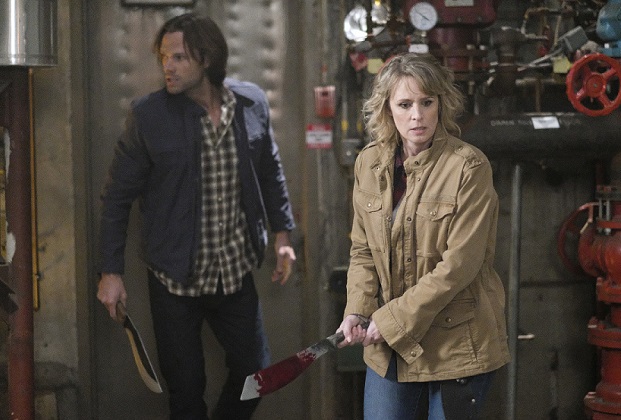 TVLINE | Last week, we saw her finally come clean to Dean and Sam about working with the British Men of Letters. How will that play out in this Thursday’s episode?
As we saw at the end of the last episode, they were not pleased. And yet, it’s not going to stop her from continuing. She so believes it’s the right thing to do that she will not stop trying to get the boys to see it from her side. In fact, she has Sam come [on a hunt]. She wants to show him what they’re doing and why she thinks it might be the right way to go. But it’s a long road to convince them after their history with the British Men of Letters.

TVLINE | Could one of the boys be swayed a bit to her side? It sounds like Sam might be more malleable.
Sam is more open to understanding her point of view. Dean and Mary are so similar and stubborn that it’s harder for them to maybe take a step back and be open to being wrong or seeing someone else’s perspective. Sam is definitely more sensitive and understanding. 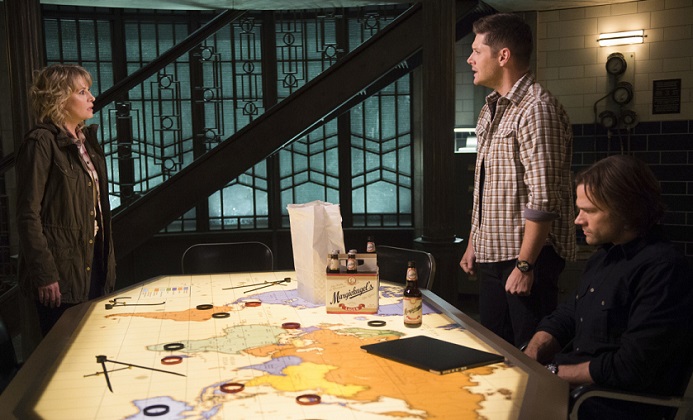 TVLINE | What does the future hold for Dean and Mary, then? Are they on the outs?
He’s very angry with her for working with the British Men of Letters. Dean is much more black-and-white. She’s going to have to earn his faith. He loves her, but I don’t think he understands her yet. Mary loves Dean straight through. There’s no problem, but she still knows she has to do what she has to do. It’s kind of beautiful to me that Mary is willing to jeopardize all of that to do what she thinks is right, ultimately, for the good of her children, even if it makes them not like her.

TVLINE | Going into this season, the fans had a lot of expectations for Mary’s return because she’s such an important character in the show’s mythology. Did you have any expectations of what you thought her storyline would be? And did the show meet them? Did it turn them on their head?
It has not gone the way I had anticipated, per se, although I can’t say I really had an idea other than Mary is going to find her footing. I guess I just assumed I would be hunting with my boys. In retrospect, it wouldn’t have had longevity. That could only go so far, and it wouldn’t have been very deep of the character. That’s not what is interesting, and that’s why I’m not a writer. They have given me such an amazing, deep process for this character. As much as some of the fans are really, really, really angry with Mary right now, I think that had Mary just come back and been like, “OK, I’m part of the team! Let’s go hunt!” she would have been a third wheel and boring. A perfect, loving mom all the time would have added almost nothing.

TVLINE | She’s just making sandwiches in the bunker for them for the road.
Yeah! Vacuuming, washing dishes. [Laughs] No, this has been so much more than I could have thought it was going to be.

TVLINE | The show kills off characters left and right. Are you hopeful that Mary will stick around for the long haul?
Yes. Every script, I skip to the end and see if I’m still alive. [Laughs] But so far, so good!

Supernatural fans, what do you think of Mary’s storyline? Hit the comments with your thoughts!