We’re only on night two of The Voice’s Blind Auditions, and already, I’ve learned so much: You guys love Lauren Duski a lot, you love Michael Slezak even more (then again, he is not only a god but an impossible act to follow), and it’s unwise to play any drinking game that involves doing a shot every time Blake Shelton and Gwen Stefani’s relationship is referenced and/or the couple canoodles.

During Tuesday’s episode, we also learned the identities of the five contestants who’ll be advancing to the Battle Rounds. I’ll share my thoughts on them below (as best a poor man’s Slezak can), then it’ll be your turn to offer critiques in the comments section. By the way, the singers are listed in no particular order; your challenge, should you choose to accept it, is to rank them in the comments in order from least- to most-promising. First up… 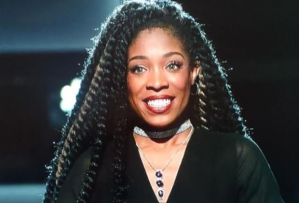 Autumn Turner, “Last Dance” (Team Alicia) | Armed with powerful pipes, enviable style and a radiant smile, this ice-skating coach from Jersey dared to tackle the queen of disco, Donna Summer, and the gamble paid off in spades: Her octave-leaping vocals won over the whole panel and prompted Adam Levine to declare that she “could easily win this show.” (Then again, he seems to say that a lot, doesn’t he?)

Jesse Larson, “Jealous Guy” (Team Adam) | Not sure which the bearded Minnesotan did more expressively — sing the hell out of the John Lennon gem or play the guitar, which he also made himself. His voice is so distinctive, it was a surprise that only Adam turned his chair for the blues man.

Aliyah Moulden, “Hound Dog” (Team Blake) | Holy crap — this kid is amazing! I know you guys say that the youngsters will get weeded out fast, but da-amn, this 15-year-old, who suspects she inherited her musical ability from her late dad, has a voice that’s so big, so strong, so polished… She’s got to be one of the exceptions to that rule. Not only is she the “cutest thing” Gwen Stefani’s ever seen, she’s my favorite in the contest thus far.

Savannah Leighton, “Unconditionally” (Team Gwen) | This small-town 16-year-old covered Katy Perry with a ferocity that belied her years — and prompted Gwen to campaign for her so feverishly that Adam accused her of being intimidating. But you do have to wonder, since Savannah was in tears by the time she finished, if nerves will end up being her undoing. (Hope not. Yet… ) 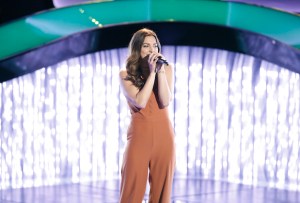 Lilli Passero, “A Love of My Own” (Team Alicia) | Going old school with a Carla Thomas cover, this L.A. waitress demonstrated a vocal ability that was timeless — or, as Blake Shelton put it, “so classic.” Alicia Keys was even moved to plead with her in song to let her be her coach! (Couldn’t say I blamed her — Passero was all that and a bag of chips.)

OK — comment time. Which singers would have gotten your chair swiveling tonight? Rank ’em below, from your least favorite to favorite.