After two seasons off, Gwen Stefani returned to the coaching panel for Season 12 of The Voice, and host Carson Daly was quick to address the elephant in the room. No, not her new-since-last-time relationship with fellow coach Blake Shelton, an actual guy in the room in an elephant costume. (Hardy-har-har.) Self-proclaimed “third wheel” Adam Levine had so much fun teasing the couple that Blake told him he could “go back to not mattering,” prompting Alicia Keys to step in and gently referee. (But seriously, the fellas’ ribbing of one another continued to be so entertaining that it’s a wonder they don’t already have their own sitcom. Better yet, a musical comedy?)

Of course, the premiere wasn’t really about the coaches, it was about the contestants singing their lungs out. So, without further ado, here are the eight vocalists headed from Monday’s Blind Auditions to the Battle Rounds, ranked in (obviously debatable) order from least- to most-promising.

Lauren Duski, “You Were Meant for Me” (Team Blake) | This Michigan native, who chose Nashville dreams over dental school has for sure a lovely voice (and managed to rock a dress from the Laura Ingalls Wilder Collection, too). But her sorta-wobbly performance suggested that she was less Jewel than a diamond in the rough. (I would’ve hit my button for Skyler Harris instead. Anyone else?)

Johnny Hayes, “Try a Little Tenderness” (Team Adam) | Returning from Season 11, the landscaper poured his heart and soul into the Otis Redding classic to which he and his missus fell in love once upon a time. And it was a romantic story, for sure, but I’m not a thousand percent sure that his rendition would have made Duckie dance around a record store. (I kinda preferred Shaun Chrisjohn.)

Stephanie Rice, “Piece by Piece” (Team Gwen) | With her smoky voice and the pain that the disowned lesbian daughter of a preacher poured into her well-selected Kelly Clarkson cover, the Texarkana native couldn’t help but spark a sweet-natured lovers’ spat/turf war between Blake and Gwen. 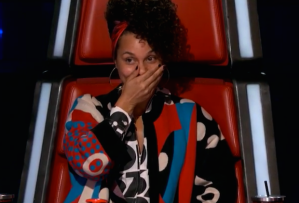 JChosen, “Sexual Healing” (Team Gwen) | From the first note, this “little country boy from Albany, Georgia” had Adam’s chair swiveling, with the rest of the judges not far behind. He even made Alicia — and probably more than a few viewers — blush when he nailed Marvin Gaye’s randy growl. (See photo at right.)

Brennley Brown, “Stupid Boy” (Team Blake) | Thanks to a rule change, the 14-year-old was grownup enough to compete in Season 12, and made the most of the chance, belting out her Keith Urban number with a confidence and maturity that belied her years (and brought to mind early LeAnn Rimes).

Mark Isaiah, “Mercy” (Team Adam) | After hearing him sing Shawn Mendes, Daly declared, “This kid’s a star,” and was he ever right. The formerly-pudgy collegian performed with passion enough to suggest that he’s most definitely a teen idol in the making. (Heck, there are probably shrines being erected for him as you read this.)

Anatalia Villaranda, “Runaway Baby” (Team Alicia) | The 16-year-old powerhouse exploded onto the stage with a voice, not to mention a personality, that was far bigger than her 4’9″ frame. Honestly, I was surprised that she didn’t get the four-chair turn much earlier than she did in her performance. (What were the coaches waiting for?!?) 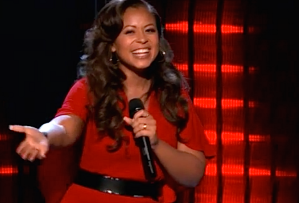 Felicia Temple, “All I Could Do Was Cry” (Team Alicia) | A New Jersey nurse who beat cancer, this Alicia fan — known on the talent-show circuit as Felicia Keys — readily demonstrated that she has a voice that was made for raising roofs and sending hearts soaring right along with them. Not just dazzling but daz-za-ling — so much so that Alicia performed an impromptu duet of “Fallin'” with the showstopper on the spot. Probably too early to call her a frontrunner but definitely one to watch… closely.

So, what did you think of the premiere? Grade it in the poll below, then hit the comments with your picks for best performer/performance of the night.