Twenty-seven years ago on this date, Laura Palmer’s plastic-wrapped corpse was discovered, and Agent Dale Cooper first arrived in Twin Peaks. And before you smash your forehead into a mirror over how old that makes you feel, how about you take a gander at these new posters from the revival?

The promotional materials from Showtime’s limited series show Kyle MacLachlan’s Cooper and Sheryl Lee’s Laura meshed with the woods that give the titular town its charm. “It is happening again,” the posters promise — which is a shout-out to what the giant guy told Cooper in the Red Room, and which already has me fearing that Bob is going to somehow crawl out from behind my bedroom dresser.

The revival — which includes many original cast members as well as a bunch of new faces — will kick off with a two-part premiere on Sunday, May 21 at 9/8c. Showtime subscribers will have access to the third and fourth episodes immediately after via Showtime Anytime and On Demand; those episodes will air back-to-back on May 28 at 9, followed by single episodes in the weeks that follow.

Series co-creator David Lynch directed the 18-part revival, which checks in with the northwestern town 25 years after Laura’s murder.

Peruse the damn fine posters below (click on images to enlarge), then hit the comments: Will you watch the series’ continuation? 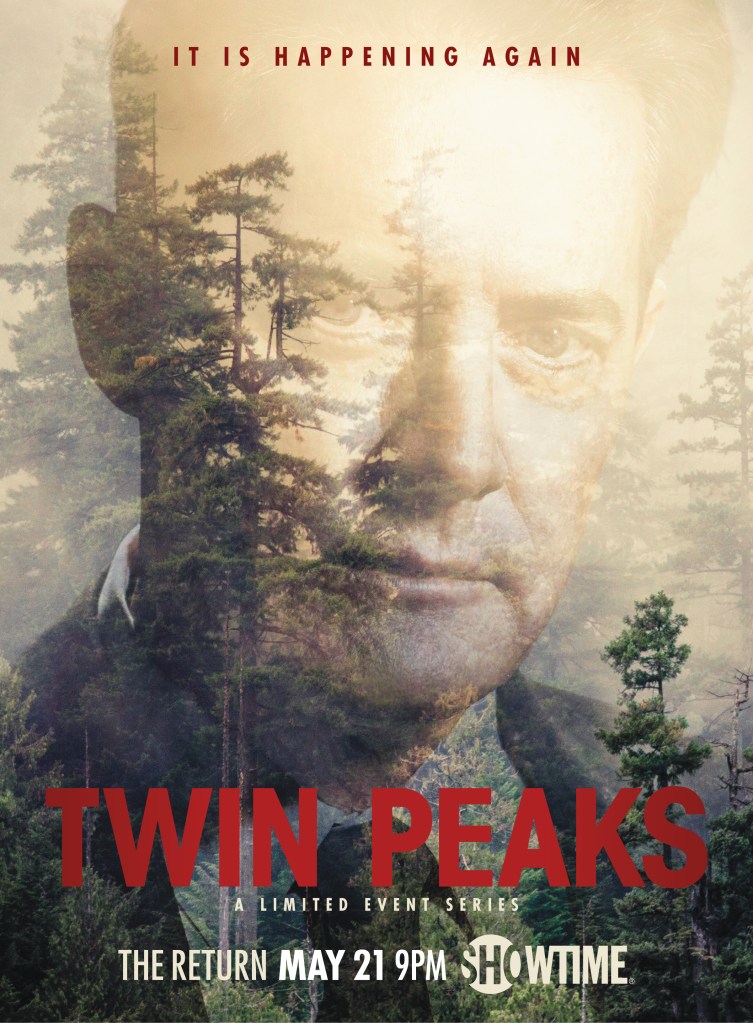 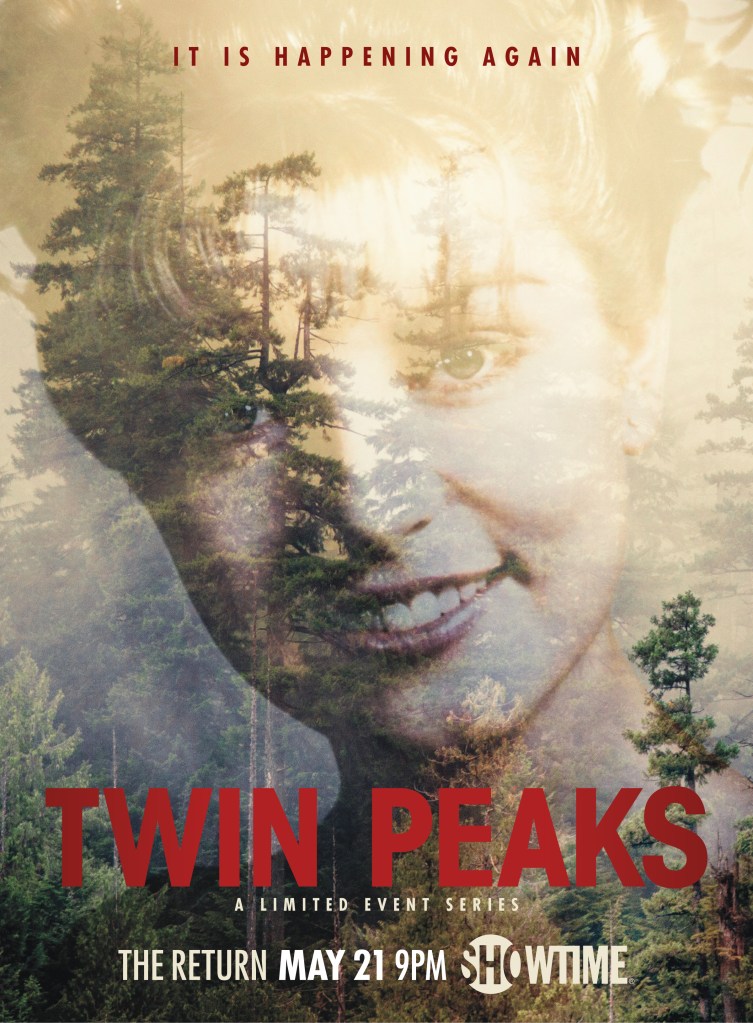