We’ve got questions, and you’ve (maybe) got answers! With another week of TV gone by, we’re lobbing queries left and right about shows including Timeless, Agents of S.H.I.E.L.D., Chicago Fire and How to Get Away With Murder! 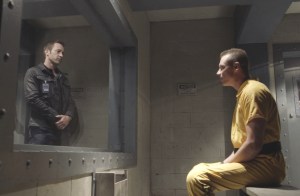 reader KLS asks of Hawaii Five-0, “Was I the only one who screamed ‘Don’t give him the pen!’ when Steve gave the inmate a pen to write down the name of his accomplice?”

2 | Can we just skip ahead to the Vampire Diaries series finale?

3 | If Grimm was going to do a love-potion-gone-wrong episode, couldn’t it have at least included one same-sex pairing among the gang? 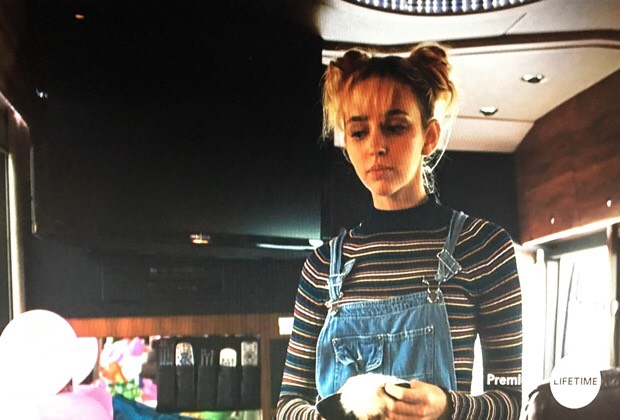 Britney Ever After probably made a ton of stuff up, but was its worst offense including an HD flat-screen TV on Spears’ tour bus circa 1998?

5 | What was Shades of Blue — which has only aired one, middling season — doing in NBC’s 90th Anniversary special?

6 | Since The Walking Dead‘s Richard had to realize Daryl knew Carol (since Daryl knew Morgan, and Morgan arrived with Carol), why didn’t he simply lie about the identity of the “loner” he planned to sacrifice, to push Ezekiel into a war with the Saviors? Why does everyone in the junkyard collective seem to have a wacky name like Tamiel or Brion (not a “Joe” among ’em!)? And how on earth does Jadis maintain that sharp, two-tone hairdo 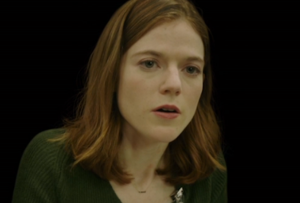 in a post-apocalyptic garbage dump?

7 | Is Scotland-born Rose Leslie’s Good Fight character supposed to be American, Scottish… a hybrid…? Should we just give up on trying to figure out her accent?

8 | Why would Homeland‘s Carrie be the target of protesters, when she wasn’t even the “suicide bomber’s” lawyer? Shouldn’t they have been yelling outside Reda’s apartment, or Sekou’s, if anywhere? Also, do the producers really expect us to believe that paranoid Quinn wouldn’t have password-protected his iPhone? 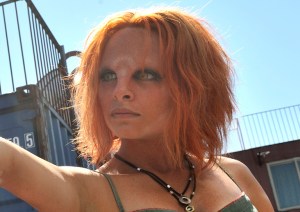 , who uses their ring finger for a Touch ID?

10 | Did Supergirl‘s Lyra — both in look, and temperament — slightly evoke Defiance‘s Irisa (right)?

11 | Was this week’s Jane the Virgin the first time Petra and Rogelio have had a scene alone together?

13 | How did gunshot Timeless pilot Rufus go from dramatically unconscious at the close of the previous episode to “You did it, Rufus, you got us home!”?

14 | Was how Chicago Fire changed things up this week — separating the 51 crew — a welcome chance of pace? Do you wish the reassignments had lasted longer? 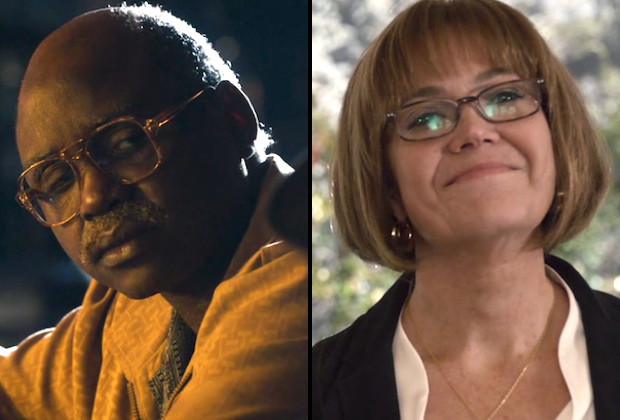 often talk through a human host?

16 | On This Is Us, how odd was it that William’s pre-death life retrospective featured nary a glimpse of his longtime love Jessie (played by Denis O’Hare)? And did the show do a better job with Brian Tyree Henry’s old age make-up than it ever has with Mandy Moore’s?

17 | Which has worse security, the Agents of S.H.I.E.L.D. base or S.T.A.R. Labs? (And might acronyms have anything to do with it?) Also, just how many random agents were left behind to perish in the base explosion, while a handful jetted off to safety with Jemma and Daisy?

18 | Watching Legends of Tomorrow‘s episode-ending swordfight, we wondered: Does this Damien Darhk not have magic? Was Ray’s high-tech “saber made of light” exactly as strong as a regular ol’ sword? (And speaking of swords, which Once Upon a Time fans out there half-expected Amaya’s Excalibur to have “Rumplestiltkin” engraved on it?) Lastly, how cool is it that Sara just flits through time, “awakening” assorted women?

19 | Which of Carly Pope’s Wednesday-TV romances is going through the roughest patch: Arrow‘s Susan and Oliver, or Suits‘ Tara and Louis?

20 | On the Girlfriends’ Guide to Divorce season finale, can Jo and Albert meeting cute mean anything other than what we think it will?

21 | Does the bathroom at Nashville‘s Hillwood Hospital bear striking similarities to the loo at Daphne’s school? Why didn’t anybody mention calling Tandy when her sister was admitted? And at what point in Thursday’s episode did you realize it was the end for Rayna?

22 | Can we officially declare Riverdale‘s Blossom clan the new Addams Family, now that we’ve seen their spooky haunted house, complete with its own graveyard?

23 | Did How to Get Away With Murder‘s Laurel really never notice that the papers her father wanted her to sign were actually an affidavit?

24 | If The Blacklist: Redemption wants us to believe that Scottie is Tom’s mother, perhaps it can stop alluding to serious sexual tension between them?

25 | For those who this week watched This Is Us, Nashville and Annalise’s HTGAWM breakdown, do you have a single tear left in your body?