It’s just another ordinary day for The Fosters when the Freeform series resumes Season 4 on Tuesday (at 8/7c). In other words, it’s hectic as hell.

While Jesus faces life-changing repercussions after being hit in the head, Callie continues to get into trouble, executive producer Joanna Johnson previews below.

Also in this Q&A, the EP reveals to TVLine how Mariana will “stir things up” and what the upcoming episodes hold for the show’s many drama-prone couples. (Hint: tension, sex and parenting issues.) 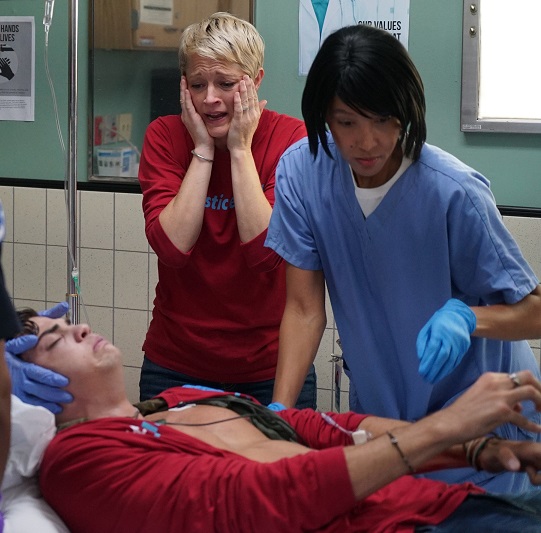 TVLINE | Let’s talk about the cliffhangers from last season: Jesus is knocked out, and Callie is in a car with someone potentially dangerous. What does the fallout look like?
Jesus is definitely going to be struggling with further trauma to his brain from the punch. We’re going to have some interesting and surprising stories about what happens when people have traumatic brain injury and changes in personality, as well as other physical and mental symptoms that are going to be hard on everyone in the family.

Callie, of course, is in the car with someone who may or may not have killed his grandmother. Callie will continue to advocate for Kyle, [whom] she believes didn’t commit this murder. There’s a lot of twists and turns involved in this, and Callie continues to pursue her conviction so doggedly that she often faces severe consequences for it. So Callie’s going to be in some jeopardy again, but that’s kind of Callie. She never seems to stay in a safe space very long.

TVLINE | With all that Jesus is going through with his trauma, what does that do to his relationship with Emma?
It affects that as well, absolutely. It’s affecting his girlfriend relationship, his siblings, his parents, and that’s something that’s going to be an arc over this season, for sure. Like, can their relationship survive? 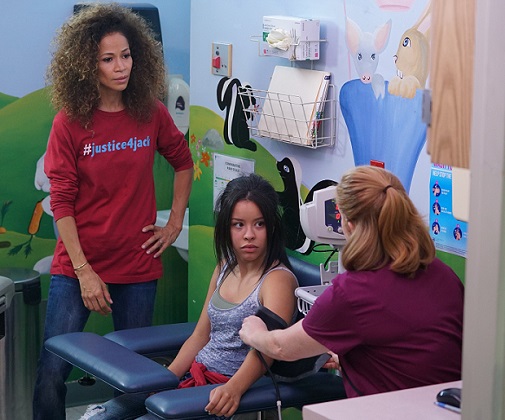 TVLINE | What does the future look like for Mariana now that the family knows that she was taking Jesus’ ADHD pills?
Mariana is really interesting this season. Mariana’s always been struggling to find herself and to know who she is and what her identity is. This show began with her search for her birth mother and trying to understand who she is and where she comes from and where she’s going. So Mariana definitely struggles with that and also with some PTSD from what Nick put her through.

She’s definitely going to stir things up a bit as she tries to figure out how to be a better friend, a better person, and have more confidence in herself. Of course, ultimately, that will backfire for her. But Mariana’s project this season [is] not dance or robotics. It’s really herself. She gets into a little bit of therapy and is trying to figure out why she took the pills and why she does a lot of things that she does while continuing to do a lot of the things she does.

TVLINE | Brandon has no girlfriend, I believe, and no scholarship. So where does that leave him? What is he pursuing now?
Brandon’s pursuing redemption. He feels like he is massively screwed up. He’s also gotten himself into a relationship that was too complicated for him. He’s looking within, and he’s trying to figure out what he’s going to do now. Clearly, he won’t be going to any college right away. He blew the biggest chance of his life, his dream. So he’s going to struggle. But he’s also going to get closer to his family. When he moved in with Cortney, he kind of detached a little bit from his family. So now he’s trying to be part of the solution and not the problem in the family.

TVLINE | Jude really started to become much more of a teenager last season. How much worse is his rebellion going to get?
He’s being more of a typical teenager and fighting back and getting into trouble. He’s not supposed to be seeing Noah, but in the finale, he does. He definitely pursues him and continues with that relationship, which is evolving. They’re two young boys, and we’re going to get into some interesting issues about sex education for the LGBT community in schools. They don’t have that. So where do kids go to learn about gay sex and about what they should be wary of or looking for? That’s going to be an interesting arc between those two boys: What are you ready for? 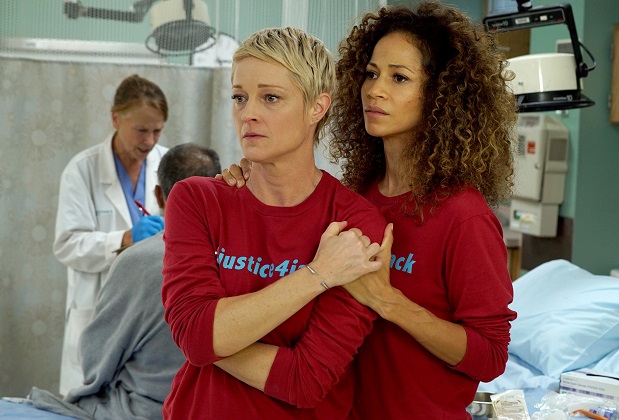 TVLINE | I was assured by executive producer Peter Paige that Lena and Stef are in a good place, but this is a TV show. So what might they be facing in the new season, either individually or as a couple?
They’re going to be dealing with a kid who is recovering from a serious injury, and that always puts stress on a marriage but also brings them closer together. Stef starts to consider [becoming] a detective instead of a beat cop. The hours are more when you’re a detective, and they’re unpredictable. You don’t work shifts. That’s going to affect the home life and put a lot more on Lena’s plate. So they’re dealing with a lot of parenting issues this season, but they always have their own personal stuff that they deal with.