Warning: The following contains spoilers for Monday’s The Fosters finale

Not one, not two, but three of the Fosters kids found their lives hanging in the balance during Monday’s summer finale.

The eventful season ender took a perilous turn when Mariana decided to mix Jesus’ ADHD medicine with alcohol after learning boyfriend Mat may be going to school in Boston. Not in her right mind, the teen thought she saw her ex, Nick, coming after her and ran off. In reality, he was under house arrest, but broke his anklet when he learned she was in danger. Jesus mistakenly assumed the worst and got into a fight with Nick, who landed a strong punch, knocking the other boy out. Considering Jesus is at risk for seizures, the future ain’t looking good for him.

Meanwhile, Callie found herself riding in a car with a possible murderer and Brandon got busted for taking someone else’s SATs (bye-bye, Juilliard!). But on the bright side, moms Lena and Stef aren’t splitting up, misleading promos be damned, executive producer Peter Paige reassures TVLine below.

The EP also talks about Jesus’ potentially “life-changing” future, several couples’ romantic outlooks and the time the writers considered killing off a Foster.

TVLINE | So many of the kids were put in jeopardy in this finale, I almost don’t know where to begin. Which situation is most dire? 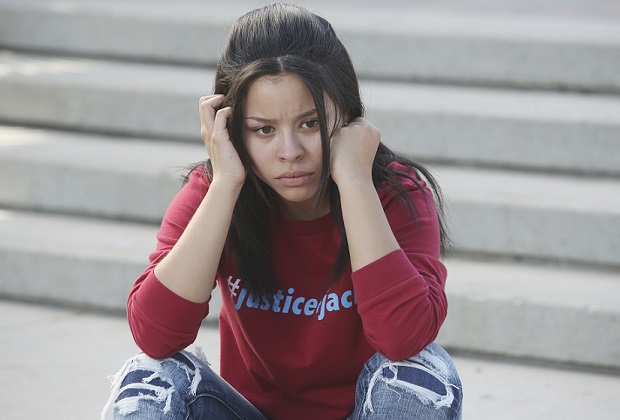 They’re very dire in different ways. Callie’s in a car with someone we really, really don’t want her in a car with. But Callie is smart and resourceful, and she’s going to have to figure something out. Mariana is a mess. Jude is in a full-on rebellion. Brandon has had his heart and dreams ripped out of his little hands. And I, personally, think the person in the most danger is Jesus, who had this traumatic head injury a few episodes ago and finds himself re-traumatized in what could be a really, profoundly life-changing way.

TVLINE | The show hasn’t explored yet the very awful, difficult subject matter of what it’s like to lose a child. Is that something you’ve considered doing?
It is something we talked about. When Jake [T. Austin, who previously played Jesus] left the show, that was a possibility. We talked about whether we should kill Jesus. But the truth is I don’t know if any of us can bear to watch that show. The show is hard and challenging and sad, but there’s also a lot of joy and happiness and humor woven through it. When you get to something that heavy, it really can overwhelm everything else. I don’t know how, for 10 full episodes, you just watch — particularly our mothers — grieving something that awful.

TVLINE | Mariana has been through struggle after struggle this season. Why put her through so much turmoil?
Mariana, to me, comes very, very organically. It’s who she is. She is an extreme overachiever, who has framed this year of her life, her junior year of high school, as the year that’s going to set the direction for everything else she’s able to accomplish in her life. It’s a very real problem. It’s very relatable to kids in school. That kind of pressure is there, and if you let it take hold of you, it’s going to cloud your ability to make sound decisions. That’s what happened with her. She’s way overwhelmed. She’s got way too many activities and way too much schoolwork. When something comes to a head — like robotics, where she finds herself consumed by something — what she’s going to do to dig herself out is really upsetting and questionable. She knows those pills are in the house. She knows one of them will keep her awake for enough hours to get that paper done. And then what about tomorrow? That’s the problem – there’s always tomorrow. There’s always more work. Once you start making those judgment calls, you can put yourself in a pretty bad position. 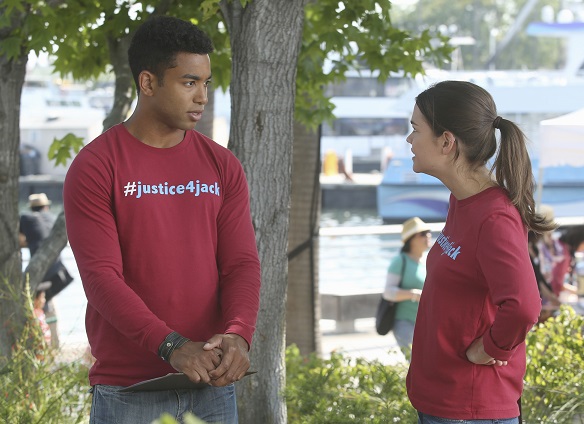 TVLINE | Is Brandon officially broken up with his girlfriend?
There will be clarification about that in the [Season] 4B premiere.

TVLINE | Brandon lost out on his chance to go to Juilliard because he took the SATs for someone else. Is he taking this to heart as a sign that he needs to make better decisions?
Yes. Brandon and Mariana are the two characters at the end of the season who are really aware of the choices they’ve made and the consequences they’re paying because of those choices. They’re the two who are really having to look at what they’ve done. I’m not sure everybody else is in that same place just yet.

TVLINE | The promo for last week’s episode touting Lena and Stef’s divorce, which was just their way of keeping the house, gave fans a scare. Can you reassure everyone they’re in a good place? 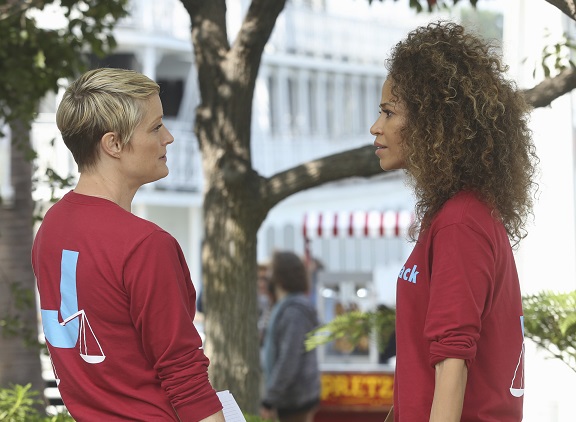 They are two women who are deeply, profoundly in love. There are challenges, like there are in any relationship, that are never going to go away. Stef is always going to be impulsive. That is the nature of who she is. She is quick to react and quick to act. Lena, on the other hand, is considerate. That is who she is by definition. She is thoughtful. And that’s going to be a constant struggle for them. I talk to my friends about their relationships, and they’re like, “Ugh, it’s this,” and I’m like, “You mean it’s the same thing we’ve been talking about for 10 years? Yeah, it is. That’s what you signed up for. That’s what you chose. It can still bother you, but don’t act surprised.” That’s what I feel about Lena and Stef. They have their challenges, but I wouldn’t worry a whole, whole lot that they’re going to break up.