Grey’s Anatomy will be down a doc when it returns next fall.

Sources confirm to TVLine exclusively that Jerrika Hinton, who has played Dr. Stephanie Edwards since 2012, will not be back as a series regular in Season 14. The news was foreshadowed earlier this month when the actress landed a starring role in Alan Ball’s new HBO drama series.

Hinton was thisclose to exiting Grey’s Anatomy last spring when she was cast in the Shondaland comedy pilot Toast; at the time, she was in discussions to possibly take part in both shows via a reduction in her Grey’s role, but ABC eventually passed on the project and Hinton returned full-time to Grey’s. 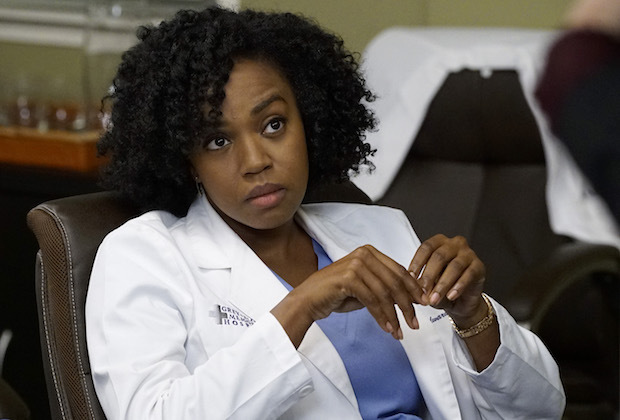 Hinton to possibly return on a guest-star basis. Also, it’s worth noting that ABC has not formally renewed Grey’s for another season (although, as our 2017 Renewal Scorecard states, a 14th season is a sure thing.)

An ABC spokesperson declined to comment for this story.

Grey’s Anatomy has weathered its fair share of cast changes over its 13-year run. Patrick Dempsey and Sara Ramirez were the most recent high profile departures, with the former getting killed off in Season 11 and the latter making her final appearance in Season 12.

Are you bummed Hinton is checking out (at least as a series regular)? Hit the comments with your thoughts.