We’ve got questions, and you’ve (maybe) got answers! With another week of TV gone by, we’re lobbing queries left and right about shows including Quantico, Teen Wolf, Arrow and Suits! 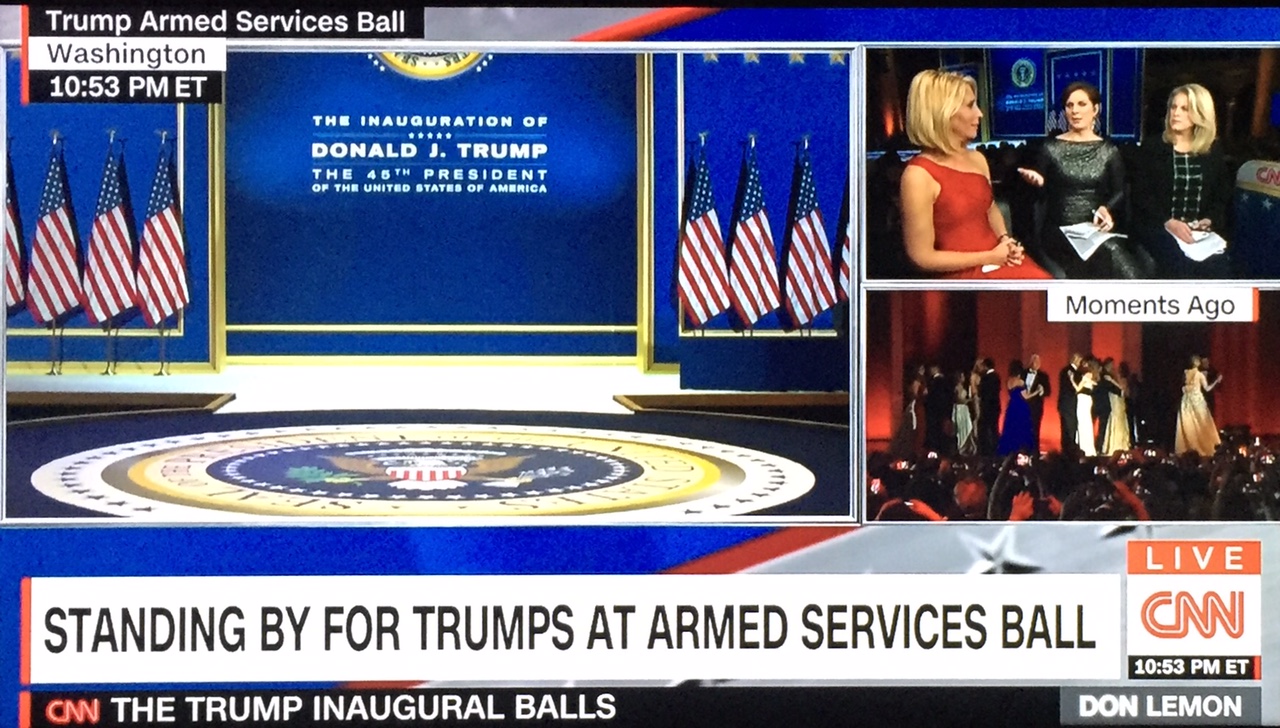 1 | Why did CNN for a good 15 minutes give priority to a static, empty Inauguration Ball stage, all while three correspondents were speaking at length in the itty-bitty upper-right window?

2 | How closely must Grimm‘s Sasha Roiz have watched co-star David Giuntoli in order to nail so many of Nick’s mannerisms during the hat spell?

3 | If Sleepy Hollow‘s Malcolm Dreyfuss needed Ichabod to open the mystical J Street, didn’t it seem weird that the mogul and Jobe were just strolling around in there — especially after Crane closed the portal?

4 | Why did Girl Meets World bring Harley and Minkus back for the series finale if they weren’t getting any lines?

5 | Which will happen first on Homeland this season: the show gives us a full, free-jazz opening credits sequence, or Quinn takes a shower?

6 | Viewers of The Affair: On a scale of 1-10, how ridiculous was Bruce and Margaret’s panic room? 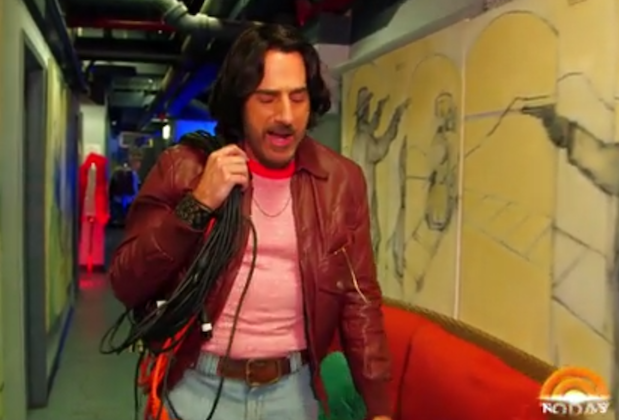 7 | On Monday’s Today, how long did it take for you to recognize Matt Lauer in his Elton John-video get-up?

8 | If the Arrested Development cast isn’t available for 17 (!) Season 5 episodes, wouldn’t it make more sense for Mitch Hurwitz & Co. to simply cut the episode count, rather than go the prequel route?

9 | Did The Bachelor move up the girls going to Nick’s hometown/meeting his parents because they were afraid he wouldn’t make it to the end of the season?

10 | What do we think, Quantico fans: Did Ryan really sleep with his mark? 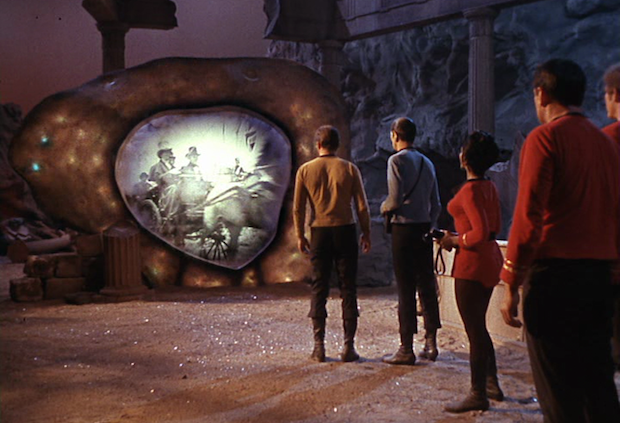 11 | Did the Supergirl portal remind you more of Stargate or, especially given Winn’s “red shirt” quip, Star Trek‘s “City on the Edge of Forever”? And for someone who claims to be molding Kara into a proper journalist, shouldn’t Snapper Carr have asked how she managed to obtain so many first-person interviews from people on an alien planet for her latest story?

12 | Did the Oscars’ decision to announce this year’s nominees via dull, pre-taped videos versus its traditional live event suck all of the excitement and suspense out of the whole affair?

13 | Dear This Is Us: Are we supposed to find Duke’s behavior attractive? Because yuck. And why were Kate and all of her friends dressed up like “Like a Virgin”-era Madonna (circa 1984), when her 10th birthday takes place in 1990? Didn’t Madonna reinvent herself, like, three times in those six years?

14 | Does Chicago Fire need to stop giving Severide good love interests who aren’t series regulars, thereby limiting their ability to stick around? (But we can pencil in Anna for a surprise return at the end of the season… just as Severide and Stella are finally getting together, yes?) 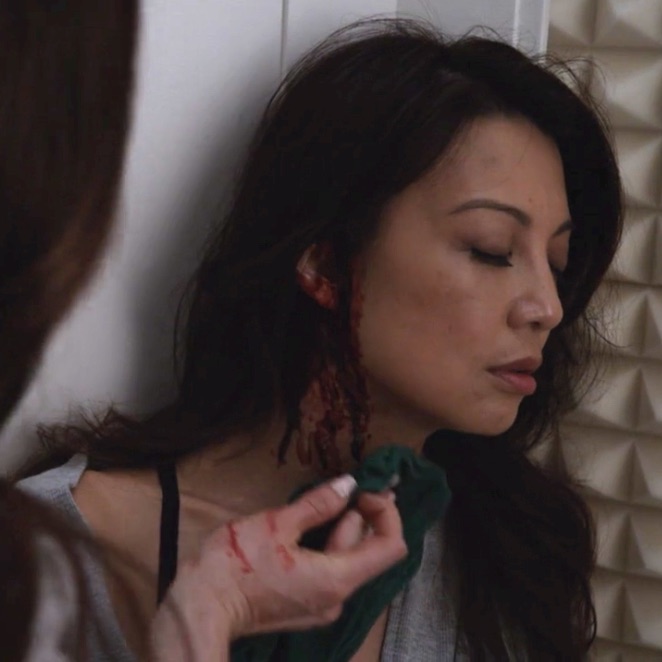 15 | If Agents of S.H.I.E.L.D.‘s May was unmarked prior to Aida clocking her on the left side of the face, where was all this blood from? Her head slumping down to the floor?

16 | Sure, it was great to see Teen Wolf‘s Stiles saved by Lydia’s love, but did anyone else feel bad for Malia, Stiles’ ex, who had to sit there and watch the whole thing unfold?

17 | TVLine reader Michael speaks for many Arrow fans, asking: “How did Prometheus know about Black Siren and that she was being held in S.T.A.R. Labs?” (And even if we explain that away, how is he aware of the Waverider?) Speaking of the Big Bad and his mysterious identity, has Adrian Chase been ruled out as a suspect, seeing as a costumed Prometheus met with Black Siren during Oliver’s quick jaunt to see the DA?

19 | Is the “bright side” of CBS’ Hunted that, if renewed, the next players can only be smarter? Like, act as if they have watched a single CBS procedural where a criminal cleverly evades the law? 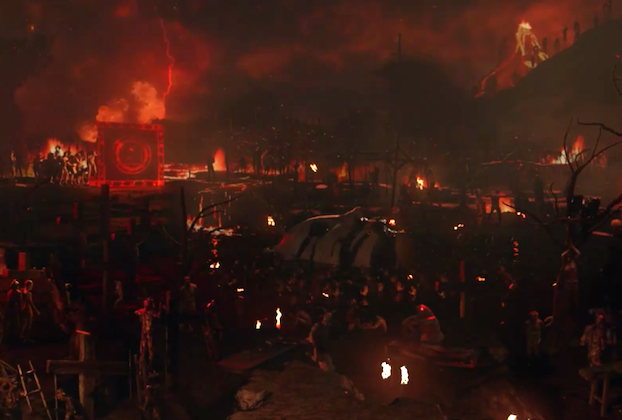 20 | On a scale of “Eh” to “Whoa!,” how awesome was Salem’s series-ending depiction of Hell? Did anybody predict that dippy Anne would be the last witch standing? And, considering what a hot devil Jon Fletcher made, how sorry are you that Little John wasn’t transformed sooner?

21 | Why is the town of Riverdale perpetually blanketed with fog, even in summer and early fall? Were you getting twisted, incest vibes during the opening scene with Cheryl and Jason Blossom? And would high school sophomores really be so well-versed in Mad Men and Truman Capote that they’d be casually rattling off Betty Draper and In Cold Blood references? On a related note, 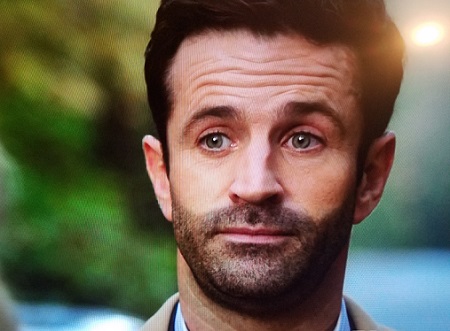 which one of Veronica’s many pop culture references was one too many for you?

23 | Why did Grey’s Anatomy‘s Jo feel the need to take her frustration/anger about Alex’s situation out on Arizona and Bailey on that car ride back from the prison? And regardless of superlative ratings, does this season — with its many (and more to come) “standalone” episodes — almost refuse to gain momentum?

24 | On Nashville, how did Rayna and Bucky know to immediately look in Randall’s desk for the missing box? And why, exactly, was Will at The Exes’ video shoot?

25 | Would CBS have been more prudent to take another day or so and compile a proper Mary Tyler Moore retrospective, versus the slapdash special that could have just as accurately been titled Oprah Rambles to Gayle About Mary?