We’ve got questions, and you’ve (maybe) got answers! With another week of TV gone by, we’re lobbing queries left and right about shows including This Is Us, Teen Wolf, New Girl and black-ish!

1 | Didn’t Sleepy Hollow‘s Diana seem to get over the shock of her partner’s death rather quickly?

2 | On Grimm, wouldn’t now — when daddy Nick is cornered by police and mama Adalind is wearing a cursed ring she can’t take off — be a really good time for baby Kelly to develop some powerful abilities? 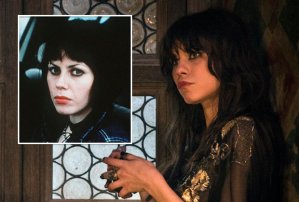 pick up on a likeness between Emerald City‘s Witch of the West and grown-up Fairuza Balk (of Return to Oz infamy)?

4 | Would the Golden Globes have been better off to forgo any In Memoriam segment, as it typically does, rather than serve up a short slideshow, of only Carrie Fisher and Debbie Reynolds? Also, was Tom Hiddleston’s acceptance speech awkward or heart-warming? And was the teleprompter also down for Hugh Grant’s meandering introduction of Florence Foster Jenkins?

5 | Would Sherlock, a famed detective, really not recognize his own sister after spending the evening chatting with her, even if she was in disguise? Or are we to assume he’s never met Eurus before?

6 | What do you make of The Affair‘s Noah sexually assaulting ex-wife Helen just one season after forcing himself on Allison? Do you believe the assault on Helen actually occurred, or is Noah too doped up on Vicodin these days to put your trust in his point of view?

7 | Did any other Bravo fans get sucked into watching the Summer House premiere because it was billed as a two-hour episode of Vanderpump Rules?

8 | Be honest: Did you get a little choked up when Celebrity Apprentice‘s Snooki — yes, Snooki — broke down in tears and volunteered to, ahem, terminate herself?

9 | How long before James Corden calls on Lin-Manuel Miranda for a follow-up to his Broadway Riff-Off with Neil Patrick Harris? 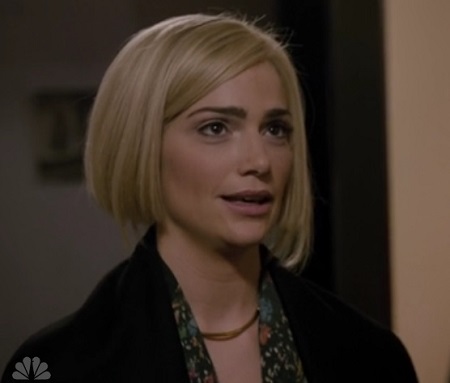 Olivia not have any friends in her life who could have steered her away from that unfortunate blonde bob? (Really, what was with those random, overly long strands?) And as TVLine reader AJ noted: Should Rebecca have ordered a Tab versus diet Coke, seeing as the latter wasn’t introduced until two years later?

11 | On Agents of S.H.I.E.L.D., what was your favorite of the Evil Robot Movie references? (Or was the Small Wonder joke impossible to beat?) Also, why did Vijay Nadeer gladly get into a helicopter with the henchman who had just tried to kill him?

12 | New Girl fans, we have to ask: Do Jess and Robby have any chemistry at all? Between that and Reagan’s inability to move past her distaste for literary fiction and read Nick’s novel, are the writers not-so-sneakily planting the pieces for Nick and Jess’ inevitable reunion?

13 | Was it jarring to see Gilmore Girls‘ lovable Keiko Agena on MTV’s Sweet/Vicious as a not-so-supportive counselor? 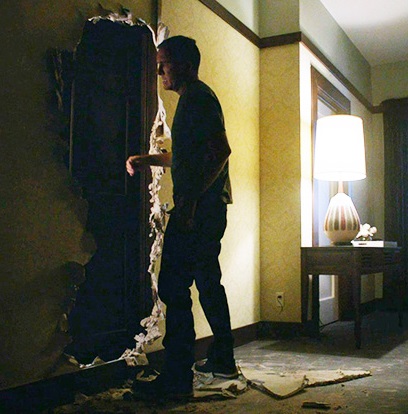 14 | Did Teen Wolf‘s big “What’s behind the wallpaper?” mystery feel a little too much like Stranger Things?

15 | Is “Game Night Planner” a legitimate profession, as this week’s Real Housewives of Beverly Hills would have us believe? Or is it one of those fake Bachelor jobs, like “Animal Lover”?

16 | How often did the microphone echo during President Obama’s farewell address distract you from what he was actually saying?

17 | Did Jimmy Fallon watch Seth Meyers’ respectful, entertaining yet tough grilling of Kellyanne Conway and thought, “Oh, so that’s how you do it”?

18 | As a public service, can ABC encore Wednesday’s incredibly therapeutic, election-themed black-ish every week for the next four years?

19 | Girl Meets World hopefuls, can we all agree Netflix would be the best home for any hypothetical revival, seeing how well Fuller House has been handled?

20 | On Chicago Med, was Natalie’s reasoning for breaking up with Clarke a little out of left field?

21 | Should we be worried that Jon Hamm is doing ads for a tax prep service?