THE SHOW | The Mick

As Mackenzie Murphy, the titular trainwreck who is suddenly put in charge of her rich sister’s snobby kids in Fox’s freshman comedy, Olson has the formidable task of acting crass, lazy and wholly irresponsible — while also getting us to like her.

Fortunately, we were hooked 30 seconds into Sunday’s series opener, when Mackenzie dumped baby powder down her pants in the middle of the grocery store.

Throughout The Mick‘s debut, Olson proved time and again that there’s no comedy bit she’ll shy away from. Hurling herself over a balcony and into some shrubs? Check. Tumbling down a staircase and waking up in a wine-stained wedding dress? Check. Having her face covered in owl claw marks? Check, check and… check.

Olson is no stranger to eccentric characters, given her years of work on It’s Always Sunny in Philadelphia. But in this starring role, she has new and delightful opportunities to showcase her comedic chops, and she is seizing each and every one of ’em. And it’s not just the physical comedy that she excels at; Olson also turned Mackenzie’s witty retorts into one masterful line reading after another. (Our personal favorite, after a security guard threatened her with a taser: “Bitch, I hope you brought two, ’cause Mama’s got a real high tolerance.”)

We don’t expect The Mick to turn into World’s Greatest Aunt anytime soon. But with Olson in the title role, we’ll have plenty of fun watching her try. 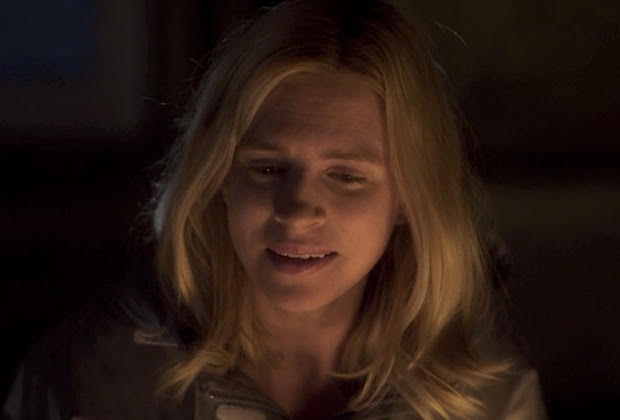 HONORABLE MENTION | Say what you will about The OA‘s polarizing ending, but to that very end, co-creator Brit Marling‘s performance gave the Netflix series much of its emotional heft. As the final installment opened, Marling made you feel every bit of Prairie’s anguish — both in the moment she was describing and as the storyteller — when she got ripped away from the man she fell in love with over seven imprisoned years, at the instant they finally touched. When mom Nancy interrupted the yarn’s climax, you saw the defeat in Prairie’s eyes, having been “caught” telling… something. Then, in the final sequence, Marling gave us an OA triumphant, proud to see her padawans save the day, as she herself made a great sacrifice. 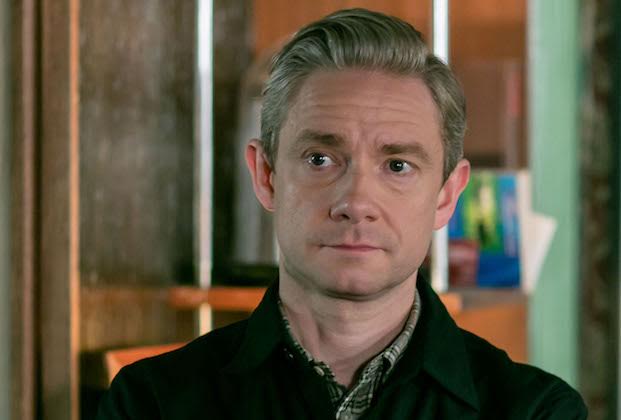 HONORABLE MENTION | As Sherlock‘s right-hand man John Watson, Martin Freeman often takes a soft-spoken backseat to Benedict Cumberbatch’s flashier lead performance. But in this week’s premiere, “The Six Thatchers,” Freeman had some heavy emotional lifting to do when John’s wife Mary took a bullet for Sherlock. At first, John put on a heartbreakingly brave face, comforting Mary as she lay dying in his arms. But after she passed, John let out an agonizing wail and then savagely turned on Sherlock (“You made a vow!”), and the raw ferocity of Freeman’s performance made the scene even more tragic. Even though we want John to forgive Sherlock, we wouldn’t mind seeing John stay mad a while… just because Freeman is so damn good at playing it. 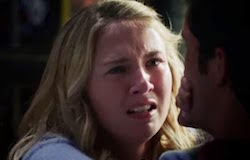 HONORABLE MENTION | Sweet/Vicious‘ Jules – a college student by day, sexual assault avenger by night – is clearly not to be messed with. But during Tuesday’s episode, portrayer Eliza Bennett showed us a different side of the vigilante’s strength. Shoving her rapist against a wall and covering his mouth with her hand, just as he did to her on that fateful night, an emotional Jules finally unleashed everything she’d been holding in. “What you took from me wasn’t yours to take,” she declared, her voice breaking. “I don’t think I’ll ever feel safe again because of you. All I feel is just this emptiness.” They were just words, but in that moment, Bennett was every bit as powerful and brave as when Jules is kicking butt.