THE PERFORMANCE | Five-0 is well-known for its weekly running-and-gunning, but when it puts a main character in the emotional crosshairs, it packs just as powerful a dramatic punch.

From the moment that Chin Ho Kelly received word that his young niece Sara had been kidnapped in Mexico — catapulting him straight out of his own birthday party and onto the seat of his speeding motorcycle — Kim showed us just how serious the stakes were for his character. With his team’s support down in Juarez, Chin did his best to keep a level head, but when Sara’s adoptive father appeared to be in on the abduction, he simply snapped. “Was this you?” he grilled Jorge at gunpoint, in the wake of a gang ambush. “Was this you?!”

Juxtaposed with such intense moments (including where he coldly put a bullet into the foot of a dirty Juarez cop), Kim also allowed insight into Chin’s psyche as he processed the bigger picture. “The biggest threat to Sara wasn’t [her new parents]; it was me,” he lamented to cousin Kono. “Why is it that we’re always putting the ones we love most in harm’s way?”

In the end, yes, Chin secured Sara’s safety, though not without paying the highest of prices — surrendering himself to the cartel that sought revenge against Five-0. But before steeling himself for that most uncertain of fates, he gave his niece a tearful embrace, doing his best to honor her wish that he will be there when she returns home. “I will always be there,” he assured her — if only in her heart. 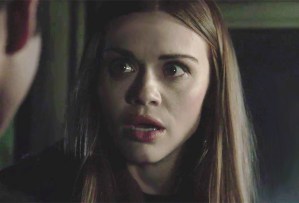 HONORABLE MENTION | It’s ironic that Teen Wolf‘s final season revolves around the characters being forgotten, because the MTV drama’s cast has been churning out some of the series’ most unforgettable performances in recent weeks. And Tuesday’s episode shone a well-deserved spotlight on the talents of everyone’s favorite banshee Holland Roden. From her tear-stained despair upon realizing that Stiles might really be lost forever, to her overwhelming relief when he finally made contact with the pack, Lydia has never appeared more vulnerable to the audience — and Roden masterfully conveyed those complicated emotions in a way that felt natural, effortless and real. 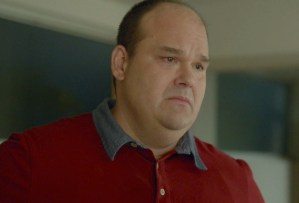 MENTION | It’s a very special gift as an actor to be able to say everything without saying anything at all. In The Last Man on Earth‘s fall finale, Mel Rodriguez did just that. The look on Todd’s face as he realized he had to betray Melissa’s trust for her own good told us everything we needed to know — and then some. As much as it crushed him to conclude that she had to be isolated if she was ever going to overcome her psychological afflictions, it broke our hearts even more to see the toll this fact took on him. If Todd’s tears outside Melissa’s door didn’t tug at your heartstrings, let’s face it: You’re a monster.