THE PERFORMANCE | With a tender heart underneath his tough-guy exterior, This Is Us‘s Jack Pearson has quickly shot up our list of TV’s best dads. And Ventimiglia’s stoic, sensitive portrayal is a big reason why, especially when Jack pulled double-duty in this week’s “The Trip.”

First, we saw Jack interact with his adult kids for the first time, thanks to Randall’s accidental magic-mushrooms trip. Randall was still reeling from learning that Rebecca kept him from his birth father William, but Ventimiglia warmed our hearts as a hallucinated Jack told his adopted son: “The moment I saw you, I knew you were my boy.” The real highlight, though, came in a flashback to an ’80s karate dojo, where Jack did a bunch of push-ups with a young Randall on his back. It was a touching demonstration of just how much Jack supported his son, adopted or not, and Ventimiglia played it beautifully.

Since Jack is dearly departed in the present day, Ventimiglia is mostly confined to flashbacks, so he doesn’t get to interact with most of the adult cast. But his scenes in “The Trip” underlined what a vital part of this outstanding cast he is — and put him right up there with Coach Taylor and Adam Braverman in the top echelon of TV dads. 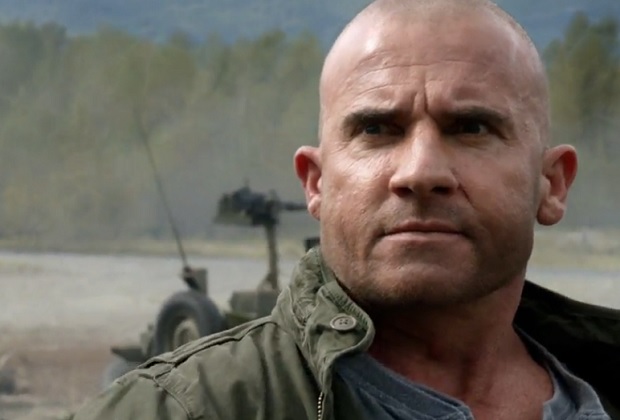 HONORABLE MENTION | In a sea of superheroes, Dominic Purcell‘s hilariously dry performance as antihero Mick Rory (aka Heat Wave) during The CW’s #DCWeek crossover event was a standout delight. Whether giving Supergirl her new “Skirt” nickname on The Flash or deriding Nate’s Citizen Steel costume on Legends of Tomorrow, Purcell delivered every wisecrack in a mocking yet loving tone that was a breath of fresh air. And then there was this gem, shouted at the Girl of Steel, proving you never know what’s going to come out of Mick’s mouth: “Hey, Skirt. Call me!” The gruff ex-criminal doesn’t say much, but Purcell’s ability to make just a few syllables go a long way is his true superpower. 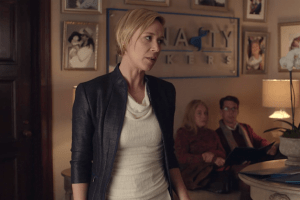 HONORABLE MENTION | She’s not a Gilmore, but Paris Geller is still one of our favorite Gilmore Girls, and Liza Weil knocked it out of the park in Netflix’s revival, A Year in the Life. Whether she was visually assessing Luke’s reproductive ability at her fertility clinic, terrifying a room full of Chilton students with quotes from Joseph Stalin, or karate-kicking a bathroom door closed, Paris stole every scene she was in, and Weil’s hard-edged, hilarious performance hasn’t aged a day since the show ended. Anyone else up for a spinoff sitcom about Paris Geller, divorced fertility guru? 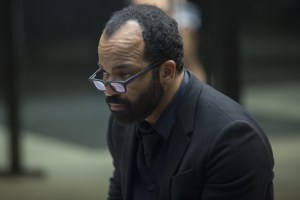 HONORABLE MENTION | Westworld‘s Jeffrey Wright may play a machine, but the tour-de-force performance he gave in Sunday’s episode was one of the most achingly human experiences we’ve seen in a while. Wright took Bernard from “compliant automaton doing Ford’s bidding” to “enlightened creature shocked at the atrocities he’d been forced to commit,” showing off an impressive spectrum for rage and betrayal. We were most impressed by his ability to bring out Bernard’s more vulnerable side, as the host was forced to relive his painful “cornerstone” memory — the death of his son, Charlie — and confront the fact that it was merely a fiction programmed to give him purpose. Even better: In the brief flashback scenes in which Wright played Arnold, Bernard’s human predecessor, the actor tweaked his performance just enough to let us know he was inhabiting a completely different person. It was quite a thing to behold. On a related note: Who’s with us in starting a #RepairBernardASAP campaign?