The CW’s #DCWeek crossover event wrapped up on Thursday night’s Legends of Tomorrow with a victorious celebration for the costumed crimefighters — but the Dominators aren’t gone for good. 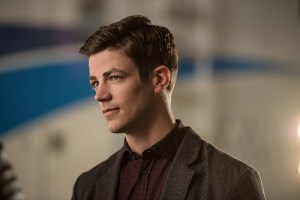 Let’s briefly recap the episode’s key moments: The Dominators revealed that they came back to Earth because of The Flash and the rise of metahuman powers; the aliens promised to leave peacefully if Barry gave himself up, but Oliver & Co. eventually convinced their self-sacrificing pal not to surrender; Stein decided not to erase his new daughter from existence; after doing some timeline tampering of his own, Cisco — who gifted Supergirl with her own portable breach-opener — finally forgave Barry, who also earned the forgiveness of Dig; the heroes were publicly acknowledged by the new President of the United States for their courage in fighting off the extraterrestrial threat; and Barry and Oliver shared a toast to “life being full.” #besties

WILL THERE BE MORE FLASHPOINT CHANGES FOR ARROW AND LEGENDS CHARACTERS? | The producers are keeping mum on that front, but Guggenheim did share that “there’s a fair amount of discussion” about the subject in next Wednesday’s Arrow midseason finale. “[The characters] deal with — in some humorous ways, actually — some of the ramifications. For example, I think Curtis is concerned that maybe he was straight, originally.” As for whether Barry’s voicemail is directly tied to Flashpoint or referencing more changes that the speedster makes down the road, Kreisberg offers this cryptic tease: “The message from the future relates to Flashpoint, but it also may relate to something else coming up.” 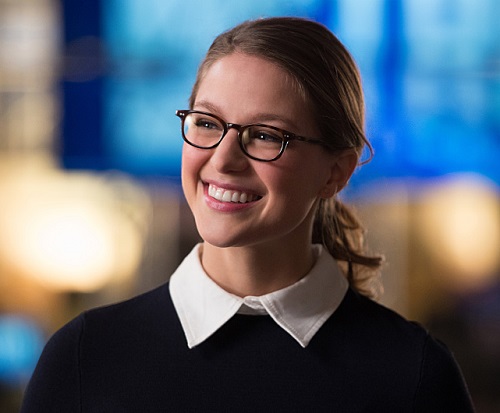 WILL SUPERGIRL VISIT EARTH-1 AGAIN? | Now that Kara has a way to communicate and travel across Earths, crossovers are certainly “easier” to execute, Kreisberg says. “The next time we do it, it means it doesn’t necessarily have to be because Oliver and Barry need Kara; it could be because Kara needs them.” However, the EP notes that nothing is in the works, seeing as how “we just barely survived this one. So we’re not too concerned with what we’re going to try to do next year. But it just gives us another way to come at a story.”

HAVE WE SEEN THE LAST OF THE SPACE MEN? | Considering they didn’t die, but simply retreated, it’s not crazy to wonder if the mind-controlling Dominators will reappear. “We’ve certainly talked about it,” Guggenheim says. “We don’t want to do it immediately because we just told that story. I think it’s more of a Flash and Legends question than an Arrow question because… that’s not really what Arrow traffics in.” Actually, it’s what their alien pal on Monday nights is all about: “The Dominators will return on Supergirl later this season,” Kreisberg reveals.

DOES THE WORLD KNOW ETs EXIST? | A line was cut for time, in which the G-man known as “Glasses” says, “‘Cover up what? A dozen weather satellites falling out of orbit?'” Guggenheim explains: “People see the ships, but no one ever really saw the Dominators. The way we’re sort of playing it going forward is that Glasses is good at his job, and when he says he’s going to cover it up, he’s going to cover it up.” Adds Kreisberg: “There’s a mention of it in The Flash, that the threat of aliens brought out all the crazies. But we’re sort of Doctor Who-ing it.” 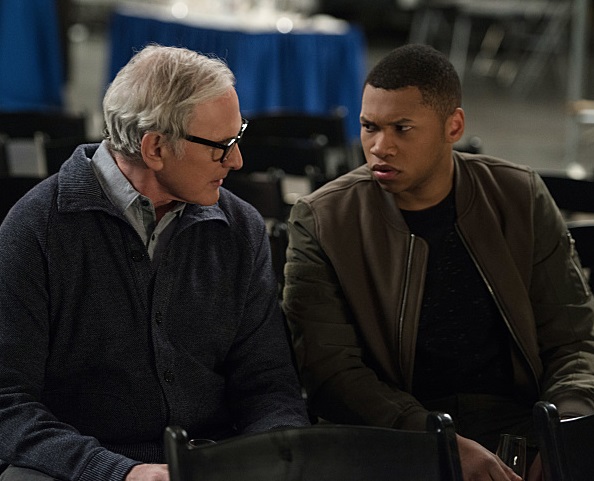 WILL STEIN’S DAUGHTER BE BACK? | “You’ll see her again in a few episodes,” Guggenheim says. And as early as next Thursday’s Legends midseason finale, “the ramifications” of Stein and Jax keeping the doc’s newly discovered offspring a secret “come into play.”

COULD THE NEW PRESIDENT HAVE BEEN LYNDA CARTER? | “Actually, in the original draft of the Legends episode, she was the Vice President, who became the President,” Guggenheim reveals. “The studio had what we all considered to be a very fair note [that] it was a bit too confusing.”

What did you think of the “Heroes v Aliens” conclusion? Grade the crossover as a whole via the poll below, then hit the comments to back up your pick!