We’ve got questions, and you’ve (maybe) got answers! With another week of TV gone by, we’re lobbing queries left and right about shows including Supergirl, Blindspot, American Horror Story and How to Get Away With Murder!

1 | For an elite assassin, MacGyver‘s Murdoc sure missed a lot when targeting Mac from 20 feet away with his ginormous gun, eh? 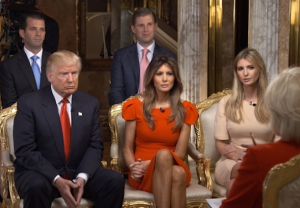 2 | Regarding the Trump-themed 60 Minutes: How pissed were Eric and Donald Jr. that they were banished to the mezzanine while sister Ivanka got a plum orchestra seat?

3 | How did Westworld‘s nitro-stuffed corpse survive the leap from the train to the ground without falling out of the saddle? And what’s your guess on which other park staff will be revealed as hosts?

4 | The Walking Dead‘s Negan: more annoying than terrifying? And could the timing have been any worse for an extra-long episode in which Negan and his cronies pillaged Alexandria — less than a week after a president was elected who many Americans fear will strip them of civil rights?

5 | Has any Masters of Sex scene this season shown more character growth than former hothead Bill’s gentle, measured chat in the car with Johnny in Sunday’s finale?

6 | Did anyone not catch Timeless cleverly turning the tables on Rufus and Lucy, with him advising her to wait/ “Don’t make eye contact” outside the Black Liberation Army HQ?

7 | Seriously, why is it suddenly OK for Supergirl to enter the DEO dressed as Kara? On a different note, are you genuinely impressed by how well the show is handling Alex’s coming out? And do you think the show might zag on us and actually have Lena Luthor (if she goes that way) be Alex’s first relationship? 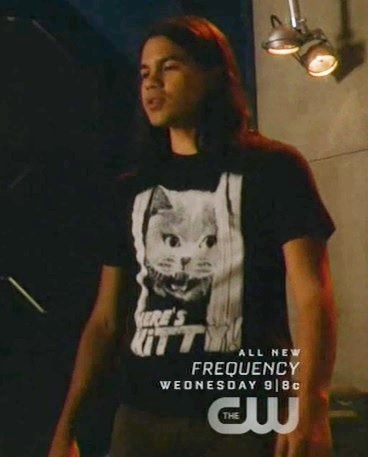 8 | Was Jane the Virgin‘s Grease-inspired musical number just what you needed to lift your spirits?

9 | Flash fans, before you could see the “Here’s Kitty!” at the bottom, did you think Cisco’s shirt was making a political statement?

10 | Which illusion from David Blaine’s ABC special will give you longer-lasting nightmares: the ring on the coat-hanger, or eating glass?

11 | Be honest: Have you forgotten that Chicago Fire‘s Sylvie and P.D.’s Antonio are sort of thing? Doesn’t it feel like ages since they’ve shared even a brief scene?

12 | Was This Is Us going for a Friday Night Lights vibe with that high school football game? Has laundry ever seemed 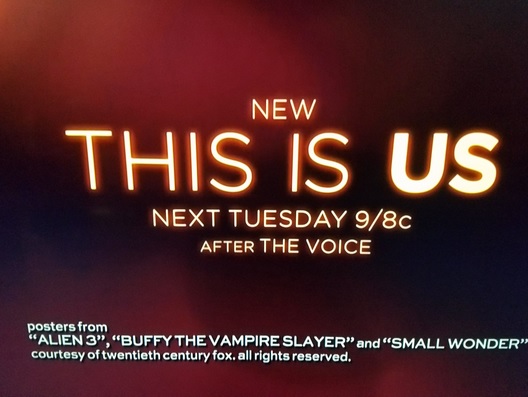 more romantic than during that washing-machine montage? And has anyone been able to spot the Small Wonder poster flagged by this legal copy? (Buffy is in teenage Kate’s bedroom, while Alien hangs in Kevin and Randall’s room.)

13 | TVLine reader Octavis asks: “Arrow wants us to believe that Curtis can braid/unbraid his hair that quickly for fighting?” Meanwhile, we still wonder: Is an elite team of crimefighters really needed to handle garden-variety bank robbers? Do SCPD beat cops do nothing?

14 | On Empire, is that an actual giraffe’s head 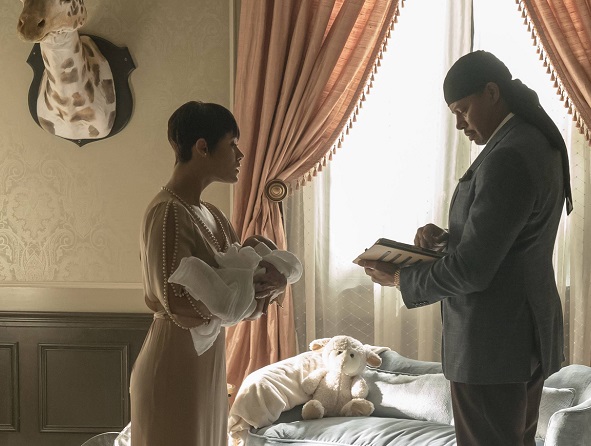 mounted on baby Bella’s wall? And how many episodes until Lucious learns about Andre’s duplicitiousness — and punishes him severely? (We’re going with “one.”)

16 | Were any Blindspot viewers surprised that Borden, as many predicted, was the mole? And man, doesn’t Patterson have the worst luck with men? 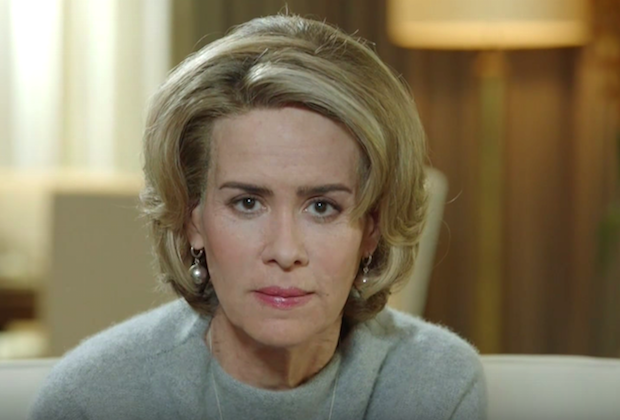 18 | Shouldn’t American Horror Story: Roanoke‘s Lee have noticed that Lana was a dead ringer for Audrey? (And since she didn’t, does this mean that when Lana someday crosses paths with the Tattler sisters and Hypodermic Sally, she won’t notice their resemblance, either?)

19 | Does any Grey’s Anatomy viewer not think that, at the last minute, DeLuca will drop the charges against Alex? Also, how bright were those sparks flying between Arizona and Eliza? Damnnnn.

20 | Bonnie and Annalise’s How to Get Away With Murder kiss: Sexual? Maternal? Sisterly? Horrifying? All of the above? Also, raise your hand if you think there’s still a tiny chance Wes’ death is a fakeout masterminded by Annalise (and a really incredible makeup artist).

21 | Has B.J. Britt been given a more interesting character to play in just a couple Pitch episodes than in all Season 2 of UnREAL? And did the Ginny/Mike promo have you whoa!-ing or groaning? 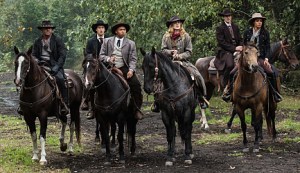 22 | Where did the Legends of Tomorrow get their horses? Does the Waverider’s fabricator machine makes animals as well as hats?

24 | Why was Mom’s reveal that Roscoe’s not only smoking pot, but drinking as well, treated as a punchline? And do you think Violet is lying to Christy about her seemingly perfect Lake Tahoe life?

25 | Would a tacked-on scene confirming that The Good Wife‘s Alicia got her happy ending with Jason been enough to put the finale in the win column for you?