Barry Allen has broken the bond between Joe and Iris — and that’s just the beginning.

During this Tuesday’s The Flash (The CW, 8/7c), the titular speedster discovers that his time-hopping altered more than just the beautiful father-daughter relationship.

“Every single character has been affected,” executive producer Todd Helbing tells TVLine, adding that Barry’s friends and family “will certainly start to realize that things were changed.”

“It’s a hard concept to wrap your head around,” the EP continues. “It’s like, ‘What do you mean I was X, as opposed to Y, in that other timeline?’ They have to process that information, and then each of them reacts in their own way.”

Will Barry learn not to mess with his loved ones’ lives? What’s got the Wests on the outs? And is a surprise return possible post-Flashpoint? Read on for answers to those big Qs and more. 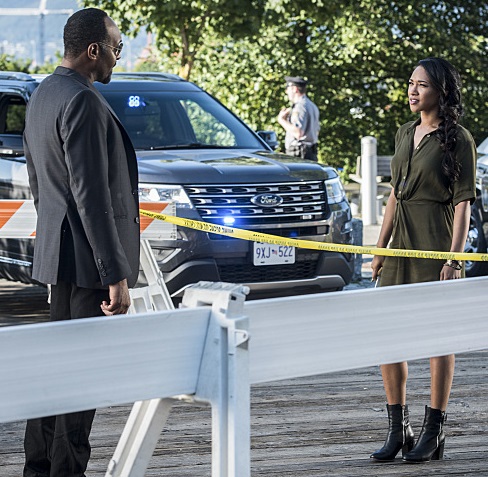 TVLINE | What can you say about the source of conflict between Joe and Iris?
All I can say is that it’s something that was born in Season 2.

TVLINE | By changing the timeline, Barry is sort of responsible for whatever is causing this disconnect between Joe and Iris. How is he handling that burden?
Not well, at first… When he comes out of Flashpoint, there are a lot of things that have affected him personally. A big thing that he has to deal with for the rest of the season is, “What am I going to do here? Am I just going to go back in time and change things every time something is different? Or am I going to be a hero that deals with the consequences?”

TVLINE | Has Barry’s relationship with Iris also changed? Do the events from the end of the Season 2 finale still hold true for both of them?
Most of them. I think in the promo, we even show that he says, “I erased both times I’ve kissed her.” [Laughs] Everything, for the most part, is the same. Relationship-wise, they’re not starting from scratch.

TVLINE | Is there a shift in their relationship?
It’s not so much a shift with them. It’s a shift in that trifecta of Joe, Iris and Barry. Now it’s like, “I have the woman I’m in love with. She and I are starting this relationship, but there’s a huge problem because she and her father don’t speak.”

TVLINE | We’ll meet Tom Felton’s character, Julian, in the next episode. How does he fit in?
We realized Barry had all-access as the only CSI in that lab. When he investigated a meta attack as a CSI, he could use that [information] to help him stop these people as The Flash. But now he has this guy who is sort of his boss, and who is on to the fact that Barry has these weird disappearances. We’re really excited about this idea of having a workplace antagonist. 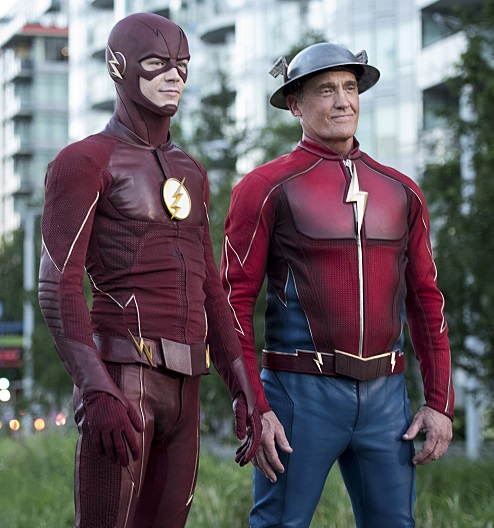 TVLINE | What can you preview about Jay Garrick’s return this Tuesday?
At the end of Season 2, when we revealed who the real Jay Garrick was, it obviously had an emotional impact on Barry. What that provides us [with] is a lot of opportunity to have Jay Garrick return and give Barry advice.

TVLINE | Finally, is dead still dead in this post-Flashpoint world? Could Eddie or someone else that’s been killed in the past be alive?
Certainly, people that were taken care of in the past could still be around, yes. But the way we’re playing with the events that have happened up to this point… the villains were all taken down the same way that they were before.

Flash fans, what do you think happened between Joe and Iris?