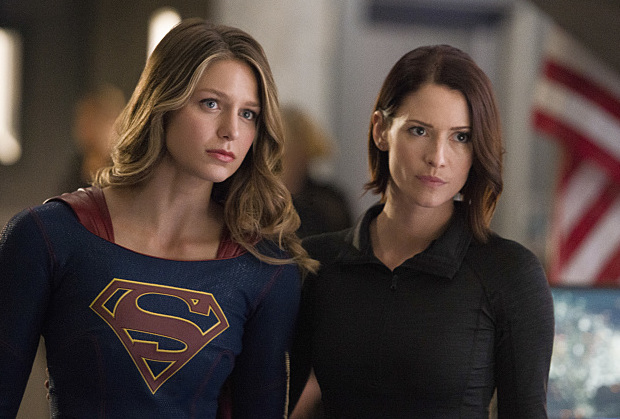 SUPERGIRL | The CBS series sticks its landing on The CW, virtually indistinguishable from its freshman run. Yes, a new, not-so-gloomy DEO base is revealed, and the occasional outdoor scene screams “Vancouver!,” but outside of that, it’s BAU for the girl in blue, played winningly on all fronts by Melissa Benoist.

If you happen to be here for the Superman of it all, the premiere won’t disappoint. Kal-El is introduced early on, pitching in on a big save, and then sticks around to fluster most everyone, from a purring Cat Grant to fanboy Winn. (Hank, meanwhile, years ago invoked the Man of Steel’s ire, making for a bit of welcome tension.) Here at the TVLine office, we’re divided into two camps: one that thinks Tyler Hoechlin is better as Clark than Supes, or vice versa. Regardless, he’s a solid TV Superman. Katie McGrath seems fine as Lena Luthor, though she is introduced via a snoozy bombing plot.

Amid all the Kryptonians’ butt-kicking, I was pleased to see Alex deliver a pivotal beatdown; Chyler Leigh really sells her part of fight scenes. And though Cat Grant’s appearances will be measured in Season 2, the show will make the very most of them, here with an extended runner about Kara’s career path. Alas, a development on the romantic front for Kara seemed made of whole cloth, doing no characters any favors.

Supergirl very much plays in the same brightly colored playground as The Flash, sprinkling in nerdy nods (“Miss Tessmacher!”) with vivid action sequences. Serving up an ongoing villainous threat, though, seems to remain its storytelling Kryptonite. 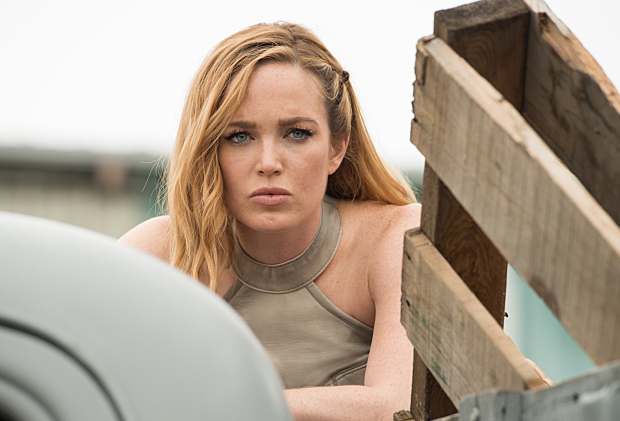 LEGENDS OF TOMORROW | Bringing the superhero series’ premieres to a close, DC’s Legends of Tomorrow… remains an odd bird. It’s been well reported that Season 2 by design is a “reboot” of sorts, quickly pivoting Rip’s ragtag crew away from their closed-ended hunt for Vandal Savage and in the direction of something new. Still, the cold open is super-creaky, catapulting historian Dr. Nate Heywood (new series regular Nick Zano) into Oliver Queen’s mayoral office with an armload of wild theories about the Legends having gone “missing” in various points in time. How that download dovetails into Nate and Oliver’s arrival upon the improbably situated Waverider… wow, it’s a lot to swallow.

The better news is that once aboard the ship, the ensuing backstory on the Legends’ predicament tees up a rollicking, rat-a-tat recap of their off-season flitting through time; showrunner Phil Klemmer told me the show is now leaning into the merriment of mixing it up with historical figures such as Albert Einstein, and that’s evident (though the famous physicist is played a bit too broadly in the premiere). More interesting than a new “mystery” the premiere leaves us with are the first hints at the sinister Legion of Doom that will keep the Legends busy this season, first embodied by Damien Darhk and punctuated by an episode-ending cameo.

Which of The CW’s superhero premieres are you most anticipating?