Jennifer Lopez, who was previously announced as an executive producer on NBC’s forthcoming World of Dance competition series, will now also participate in an on-screen capacity.

The former American Idol judge will return to the world of reality-TV as both a judge and mentor in the 10-episode series, which will invite skilled dancers of all ages to compete for a chance to win $1 million and the title of “Best in the World.”

“I identify with the struggles, passion, discipline, competition and exhilaration of dance,” Lopez said in a statement. “I am excited that with this show we can skyrocket a dancer’s career and help guide them to success.”

Per NBC, the competition works as follows:

Handpicked from qualifying events around the nation and thousands of online submissions, competitors are divided into three divisions: Junior (any size act under 16 years old), Upper (groups of 1- 4, over 16 years) and Team (groups of 5+, over 16 years). After an initial audition round, divisions face off in duels, until only one of each is left standing. A panel of experts score the acts using a precise point system developed by World of Dance, using the following criteria: Routine, Execution, Presentation, and Crowd Appeal. The epic finale sees the winners from each division duke it out for $1 million and the title ‘Best in the World.’

Lopez’s World of Dance duties expand her relationship with NBC, where she already stars in Shades of Blue (returning for Season 2 at midseason). She is also set to star in an upcoming HBO film based on the life of Griselda Blanco, the most powerful female drug lord of all time.

Check out newly released artwork for World of Dance below, then tell us whether J.Lo’s increased involvement makes you more or less likely to tune in for its eventual debut. 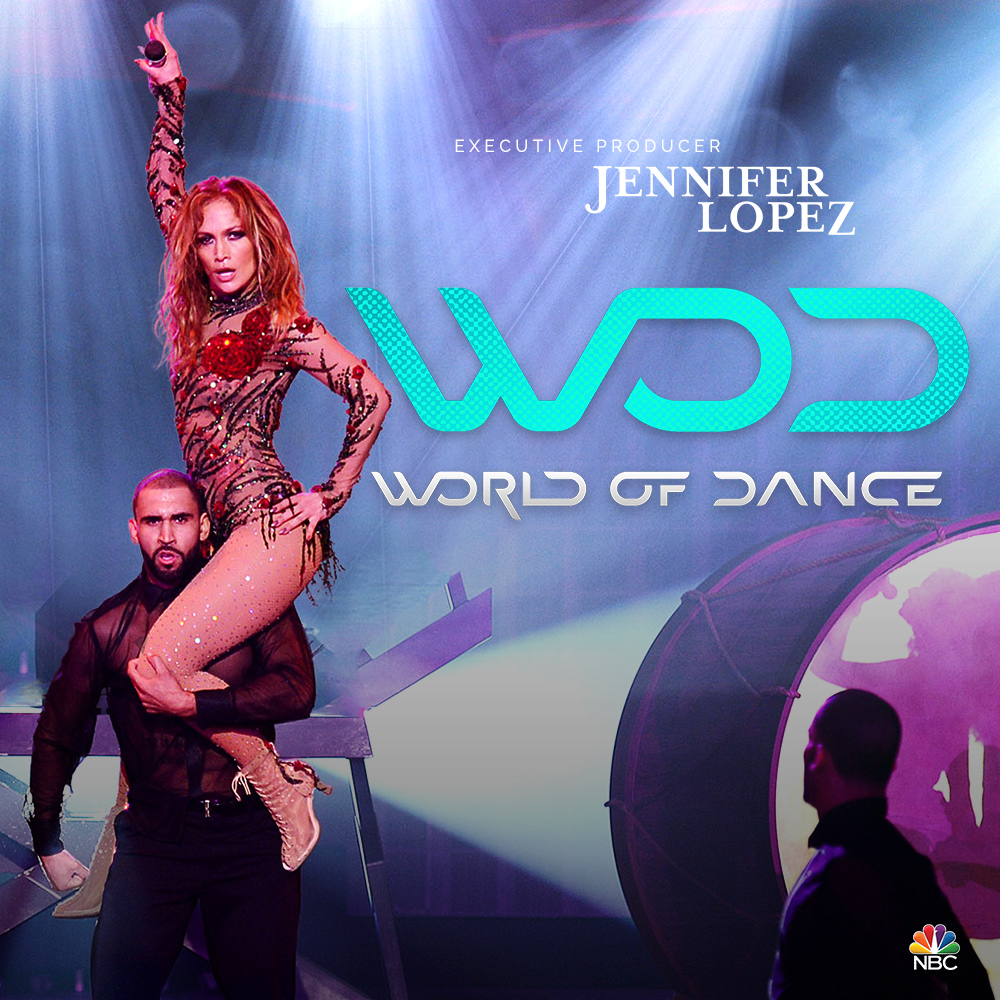