Finally, someone Outlander‘s Claire can talk to!

The Starz series has cast Wil Johnson (BBC One’s Waking the Dead) as Joe Abernathy, a good friend (and fellow doctor) of Claire’s in Boston, the network announced Tuesday.

Per the official character description: “Joe Abernathy is a fellow doctor-in-training whom Claire befriends in medical school. Intelligent, charismatic, with a wry and irreverent sense of humor, Joe is a loyal confidant with great affection for Claire. He puts on a good face, but he is all too aware of his place in the Civil Rights era. Joe and Claire both feel out of place in the mostly all-white, all-male medical field, which bonds them together in a life-long friendship.” 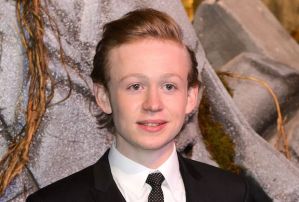 The production also has cast John Bell (The Hobbit: The Battle of the Five Armies) as Young Ian, Jenny and Ian’s son, who is “a tall, gangly Scottish lad with a heart of gold” but also a rare ability to always get into trouble. As the official description notes, “he’s more like his adventurous, fierce uncle Jamie Fraser than his farmer father Ian — but when we meet him, he is still a very gawky boy.”

Joe shows up in the show’s 20th-century timeline; Young Ian, of course, will appear in the 18th-century goings-on. Both characters are central to Voyager, the third book of Diana Gabaldon’s Outlander series, on which Season 3 will be based.

Got thoughts on these castings? Sound off in the comments!