THE PERFORMANCE | As far as memorable entrances go, crawling out of a duffel bag in the heart of New York City is a tough act to follow.

And yet, as soon as Blindspot‘s sophomore premiere began Wednesday night, Alexander had us as captivated as we were the moment we first laid eyes on her inked Jane Doe last fall — and she didn’t let up one bit in the hour that followed.

From scene to scene, moment to moment, Alexander showed us a myriad of different Janes, easily shifting from stoic to vulnerable and back again. Just minutes after we watched her get tortured at a CIA black site, eyes vacant and glazed-over, Alexander reintroduced Jane’s ruthless badass, as her character managed to escape captivity after a soul-crushing three months.

But Alexander’s strongest performances can be found in two separate scenes, the first of which was Jane’s emotionally loaded reunion with Weller. “You don’t want anyone to get hurt?” Jane asked, incredulous, while pointing a gun at her onetime colleague. “Do you have any idea where I have been these past three months?” During the fistfight that followed between the pair (which ended with Jane once again threatening Weller’s life), Alexander’s face registered all of Jane’s fear, anger and resentment.

Later, as Jane was introduced to her long-lost mother and brother, Alexander was heartbreaking in her portrayal of Jane’s shock and confusion. As her eyes welled with tears at the deluge of new information about her life, the actress made us feel intensely sympathetic for this character whose very existence continues to be thrown into chaos. Even in a moment as small and innocuous as hugging her brother Roman, Jane’s mixture of relief and uncertainty was palpable.

Given the events of Wednesday’s premiere, Jane — or Alice, or Remy — has a long season ahead. Thanks to Alexander’s superb performance, we can’t wait to watch the drama unfold. 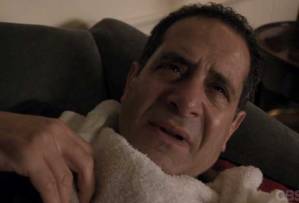 HONORABLE MENTION | Before BrainDead hit the airwaves this summer, it was hard to imagine what a political comic-horror series would possibly look like on broadcast television. Fortunately, the CBS satire enlisted Tony Shalhoub to drive home its most bizarre plot points — and the actor’s commitment to making Sen. Red Wheatus a complete basket case has never paid off more than in Sunday’s season finale. After the queen bug renting out Red’s brain was severely injured, the Republican politician completely fell apart, unable to even string coherent sentences together as the Senate attempted to vote on its crucial budget. In what should have been Red’s finest hour, he was instead reduced to a mumbling, weeping mess of a politician, and Shalhoub has seldom been funnier than in his alter ego’s most desperate time of need. 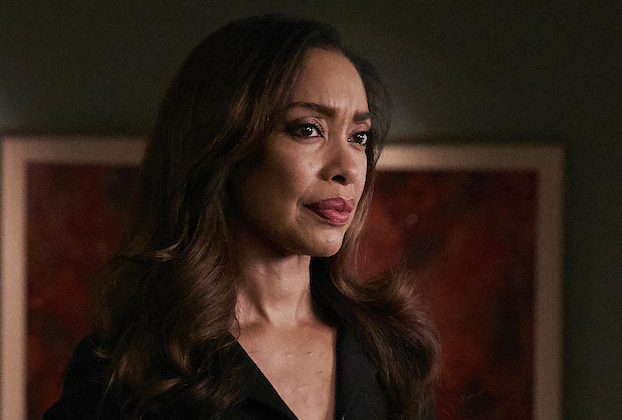 HONORABLE MENTION | Original Suits cast member Gina Torres went out with an emotional bang, reminding us of the fierce businesswoman we know Jessica to be, before letting slip the softer side that, now, just might find more occasion to shine. “I’ve had my name first for too long,” Jessica told Robert in firmly but appreciatively declining his helping hand. But then when announcing her exit to the boys, that steely façade began to crack just a bit as she told Louis, “You just have to let me go,” and then admitted that her decision “scares the s—t out of me.” Capping Jessica’s farewell tour, Torres flashed a warm smile as she offered to accompany Jeff to Chicago, as she starts her life anew. The verdict: We’ll miss Ms. Pearson — and Torres — a great deal, but wish them only happiness. 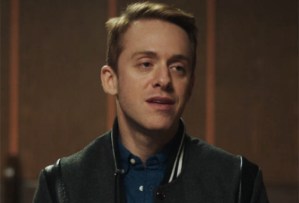 HONORABLE MENTION | We’re not going to lie: After the havoc Max wrought during his dual appearances in the High Maintenance web series, we weren’t exactly thrilled about seeing him again in Friday’s HBO premiere — mostly for the sake of the show’s nameless dealer, who always ends up getting screwed whenever the character rears his sassy little head. But a powerful, layered performance from Max Jenkins made this follow-up encounter far more enjoyable; he was so heartbreaking and believable as a desperate man trapped in abusive friendship that we didn’t even fault him for pretending to be addicted to crystal meth. (For what it’s worth, Jenkins also impressed us during Max’s subsequent meth freak-out. It takes a special kind of genuine crazy energy to make that believable, and Jenkins has it in spades.) Needless to say, the next time Grindr puts Max in our dealer’s path, we’ll be glad to see his face… and whatever other body parts he decides to expose. (That sex scene! Yowza.)