We’ve got questions, and you’ve (maybe) got answers! With another week of TV gone by, we’re lobbing queries left and right about shows including The Last Ship, Dancing With the Stars, Suits and American Horror Story!

1 | How did Quarry‘s Mac expect to surprise his wife, if his and Arthur’s plane landing was all over the news? Also, is holding a super-secret, highly illegal meeting in an extremely echo-y quarry a good idea?

2 | Masters of Sex fans, what’s the over/under on how long Virginia and Dan’s marriage is going to last?

3 | How did The Last Ship‘s Chandler get from the docked ship in San Diego to the St. Louis airstrip sooooo seemingly quickly? And once there, could they have not found a bigger jet, where the actors didn’t have to be hunched over during an intense showdown?

4 | On Fear the Walking Dead, how awesomely straight out of the Rick Grimes Playbook was Alicia’s daring plan to march the walkers off the pier?

5 | After BrainDead‘s Red killed Ella, why didn’t anyone seem to notice or care that she had vanished from the Senate — especially after she missed the crucial vote on the budget?

6 | Is American Ninja Warrior making the final stages too difficult? (That double wedge, where you have to keep a tension bar perfectly even as you progress through the obstacle, was a new level of sadism, yes?) Wouldn’t the finale have been more gratifying if more competitors had advanced further? Lastly, anytime a Warrior shakes out his/her hands before braving an obstacle, isn’t it pretty much a given they’ll hit the water? 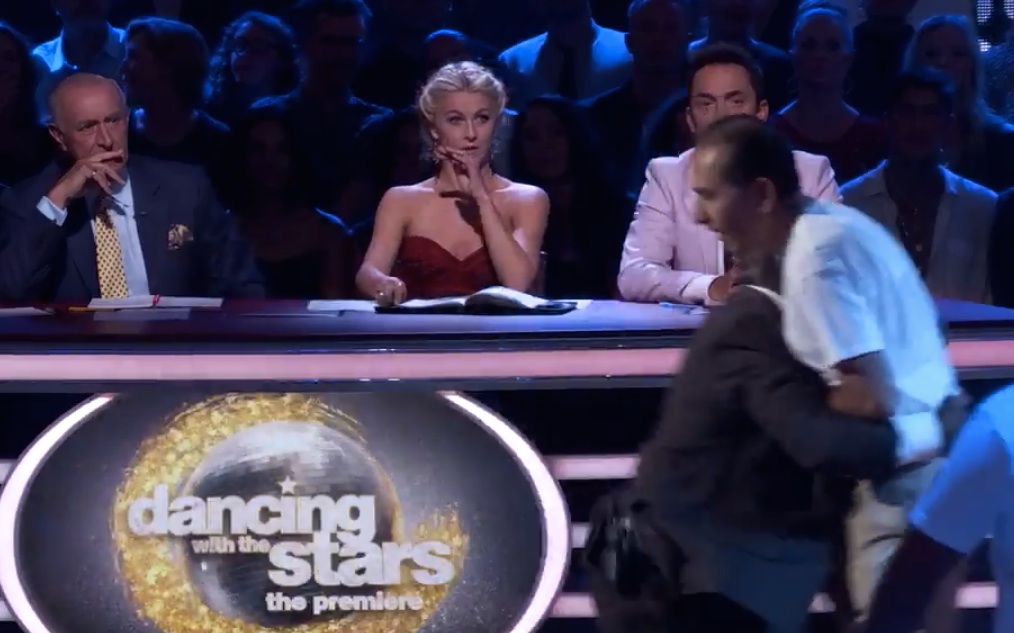 7 | Of all the issues to draw attention to on live TV in a year that includes a hotly contested presidential election, the Dancing With the Stars protestors chose to highlight… Ryan Lochte’s Rio ridiculousness? And didn’t it seem awfully easy for them to not only get inside the studio, but then to also get seats so close to the stage and actually rush it? On a different note, did Vanilla Ice start off his run with “Ice, Ice Baby” because he knows he won’t be around for very long?

8 | On Halt and Catch Fire, are we supposed to assume Joe’s HIV test came back negative just because he laughed when he got off the phone? Couldn’t that response be construed as a misdirect and his laughter maniacal, given how emotionally unstable the character has proven to be in the past?

9 | Regardless of whether you agree with America’s Got Talent’s latest winner, does the outcome raise an issue: Should a minimum age limit be in place, seeing as 12-year-old Grace VanderWaal’s prize includes a booking in Sin City?

10 | Do we all agree that Luke Mitchell’s Blindspot character could kick the superpowered butts of both Agents of S.H.I.E.L.D.’s Lincoln and The Tomorrow People‘s John?

11 | After their “intimate” moment during the summer finale, does Suits need to stop deliberating and just go there with Harvey and Donna?

12 | Has Season 2 of any show dared a borderline fan to keep watching more than Mr. Robot? (Were we supposed to take the magic mushrooms before this week’s episode started, or after?)

13 | On You’re the Worst, wasn’t Jimmy’s cruise gift for Gretchen surprisingly thoughtful? And which mashup exercise/binge-watching class do you want to try out?

14 | TV minutiae alert! On American Horror Story: Roanoke, do you think Sarah Paulson, Cuba Gooding Jr. and Angela Bassett are simply playing Shelby, Matt and Lee… or are they playing actors who 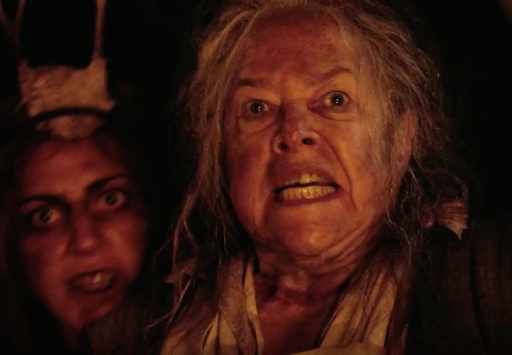 are playing Shelby, Matt and Lee? Which part of Roanoke was freakier — that glimpse of Seinfeld’s pigman or the sight of American Crime Story’s O.J. and Marcia knocking boots? And is that Lady Gaga standing behind Kathy Bates in the Season 6 trailer? (Props to TVLine reader BriDesi for drawing our attention to that theory.)

15 | How late did the South Park guys have to work to fit both Colin Kaepernick’s national anthem protest and the Matt Lauer/Donald Trump interview into this Wednesday’s premiere?

16 | For those familiar with New York City geography, did Beauty and the Beast goof in establishing that Braxton’s getaway jet was located “45 minutes west” of the Queensboro Bridge? (Why would he subject himself to all that traffic, getting across/around Manhattan?)

17 | No one expected Jimmy Fallon to come at Donald Trump hard-hitting questions, but couldn’t he have at least asked him something, rather than thank him for months of material? And wouldn’t you have loved it if Tonight Show lead-out Late Night With Seth Meyers was able to follow up on the widely panned sit-down with a new “Really!? With Seth and Amy”?

18 | Has the multi-stage reveal of Emmy presenters ever made a lick of difference in whether you will tune in or not?

19 | Is it time to dial down on the Stranger Things spoofs involving the actual cast? How are we to take Eleven seriously in Season 2 if we saw her mind-nuke a burrito for Colbert?