THE PERFORMANCE | Darlene is a tough nut to crack. Sure, Mr. Robot‘s moody young hacker clearly cares for her brother Elliot, but mostly she buries any semblance of human emotion underneath a thick layer of cynicism and snark.

That’s why it was so moving when she opened up this week with a gut-punch of a monologue delivered by Chaikin. Sitting in a hospital waiting room with her sort-of boyfriend Cisco, Darlene recalled when she was on a family trip to Coney Island as a kid she got separated from her parents and was abducted by a deranged woman who took Darlene home with her. Darlene was rescued the next day, but she remembered how she actually enjoyed all the attention the kidnapper gave her: “It was the first time I ever really felt special.”

Later, Darlene and Cisco sat together in a Mexican restaurant, blissfully unaware that the feds were closing in, and bickered over sharing food. Chaikin depicted a Darlene at her most relaxed and warm  — she even cracked a smile! — and it was an immensely satisfying moment. But that all ended when FBI agent Dom caught up with them… and then a Dark Army assassin sprayed the restaurant with bullets. We still don’t know who survived — but if that was Chaikin’s last episode as Darlene, it was a terrific note to go out on.

HONORABLE MENTION | “Stressed-out mom” is a bit of a cliché in TV comedy. But in the premiere of her new FX series Better Things, Pamela Adlon freshened up the formula by giving her character, Sam Fox, both a hard edge and some unexpected vulnerability. With Sam raising three headstrong daughters and pursuing a frustrating acting career, Adlon got plenty of chances to display her coarse, tough-guy sense of humor. (Damn you, Julie Bowen!) But scenes of Sam tenderly crawling into bed with her youngest kid and exchanging texts with an old lover proved that she has a soft side, too. Like any good mom, Adlon can do it all. 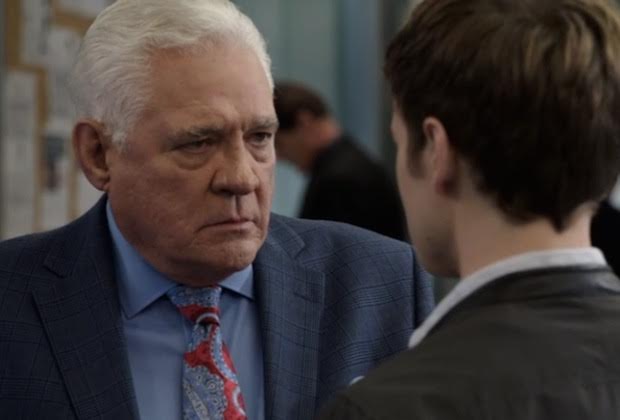 HONORABLE MENTION | It’s interesting to recall that on The Closer, G.W. Bailey often served as comedic relief, playing the grumbling vet. Because as made clear in the wake of Major Crimes‘ courtroom shooting, Provenza is in many ways the MCD’s beating heart. Whether rallying the troops to make sense of this “lousy day” or sharing with Flynn, “I’ve never been sure about God, but today I believe in the Devil,” Bailey showed us a man who over the years has seen it all, but seldom comprehends it. It was Provenza’s heart-to-heart with Rusty, though, that put a lump in our throat. “I have known Russell Taylor since… his first day on the job,” his cracking voice noted, before urging Rusty to “be a source of strength” for his mother — when Louie could probably use a hug, as well.