Like huevos rancheros dumped into a Vitamix in The Chew‘s “Can You Blend It?” segment, the food-centric ABC talk show should never have been a success. And yet, like the tasty tortilla soup that results from that experiment, it somehow is.

The group’s banter, along with the show’s loose feel and maybe-I-could-try-that recipes, soon made it a popular stop for daytime viewers. On Tuesday, The Chew returns for its sixth season.

“We did have a magic formula, but I don’t think it shows brilliance,” executive producer Mark Schneider tells TVLine. “It shows when you get a great group of talent with a committed staff who is excited about what you’re doing… and you don’t try to be anything more than you are… everyone is able to join in.”

He adds, “I think the audience really picked up on, ‘Wait a second. Maybe I’m not going to do all the recipes, but these are fun people having a good time, and I feel good. I could sit and eat my sandwich watching this, and feel good about it.'”

Celebrities who join the group to plug a project are expected to help out in the kitchen, says EP Aimee Householder, whether that means sharing their great-aunt’s meatball recipe or zesting a lemon while one of the co-hosts whips up a treat (which some members of the audience generally get to taste).

“As long as we can make a celebrity feel comfortable and know that they’re going to get something delicious to eat, they’re really game for anything,” she says. Guests’ recipes often go on the show’s website; Gwyneth Paltrow’s Chicken and Dumplings is among the highest rated, right next to Hall’s Dry-Rubbed Pork Tenderloin and Pickled Cabbage and Oz’s Staten Island Special Sauce.

In advance of The Chew‘s sixth season — which premieres Tuesday (1/noon c) and which will once more include a series of episodes taped at Epcot’s International Food & Wine Festival in Orlando, Fla. — we asked Schneider and Householder to think back on a few of the show’s most memorable moments.

Click through the gallery below to see what they had to say. 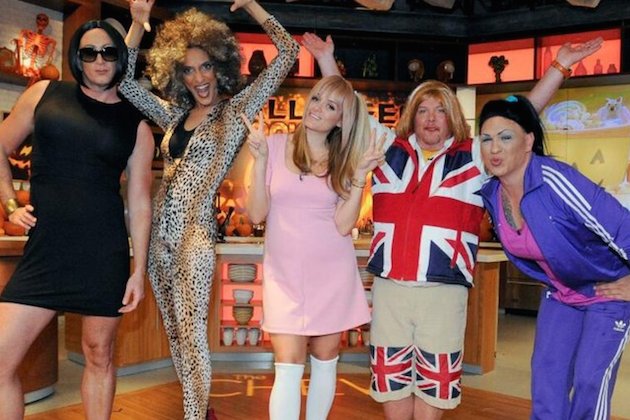