The drama, airing in 2017, follows a brewing war between the old and new gods; the old crew feels upstaged by the newbies, who reflect modern society’s obsession with money, drugs, celebrities, etc. The 100′s Ricky Whittle stars as Shadow, an ex-con who becomes the bodyguard of Mr. Wednesday (Deadwood‘s Ian McShane), an old god who seeks to build an army to take down the new regime.

Jesus’ appearance ties into the storyline of Kristin Chenoweth’s Easter, aka Ostara.

* Showtime has made the Season 4 premiere of Masters of Sex available for free on SVOD platforms, SHO.com and Facebook, ahead of its Sept. 11 broadcast.

* USA Network’s drama pilot The Tap has cast Colin Woodell (The Originals), Erinn Westbrook (Awkward), and newcomers Ginny Gardner and David Corenswet as its leads. The project, from film director Rob Reiner and Royal Pains co-creator Andrew Lenchewski, is set at the most famous secret society in American college history, Yale’s Skull and Bones, around 1969.

* HBO has released new key art for its upcoming sci-fi drama Westworld, premiering Oct. 2 at 9/8c. The series, loosely based on Michael Crichton’s 1973 movie of the same name, is a dystopian western set amid the dawn of artificial consciousness and the evolution of sin. 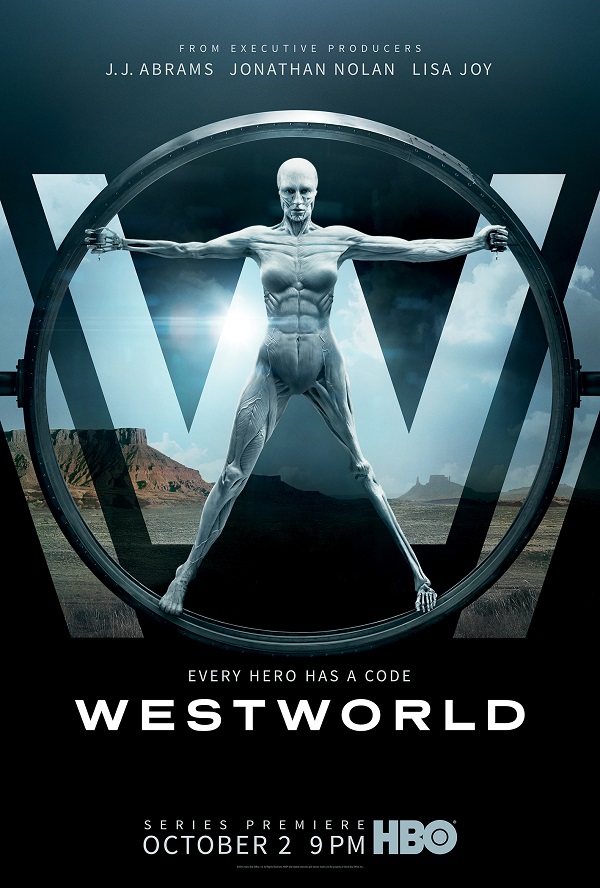