THE PERFORMANCE | For three seasons, Tommy Egan’s turn-on-a-dime violent nature has afforded security, status and fat stacks to the people he’s worked for. But in Sunday’s Power, Sikora skillfully showed us the dark(er) side of Tommy’s demeanor: what happens when his all-encompassing aggression takes over at home.

During Tommy and Holly’s argument at their apartment, Sikora took his character from incredulous (that Holly would go so far as to order a hit on Ghost) to angry (that she’d done so behind his back) to blackout rage (after she taunted that he was nothing without Ghost’s support). Thanks to the combined talents of Sikora and co-star Lucy Walters, Tommy and Holly’s all-out fight was rough, nasty, tough to watch — and, sadly, completely in keeping with their flawed characters’ histories. Sikora threw his entire body into the performance, shaking with betrayal and literally drooling as he focused on nothing except getting Tommy’s girlfriend to stop talking.

How heartbreaking it was, then, when Sikora’s manner changed completely once Tommy came back to himself and realized what had happened. As Tommy pulled Holly’s dead body close and begged her to wake up, Sikora’s voice held notes of pleading, panic and the dawning realization that something very, very bad had taken place. And as the dialogue faded from the scene, we were left with Sikora telegraphing his broken character’s body language, conveying a depth of loss that Tommy was only beginning to understand. 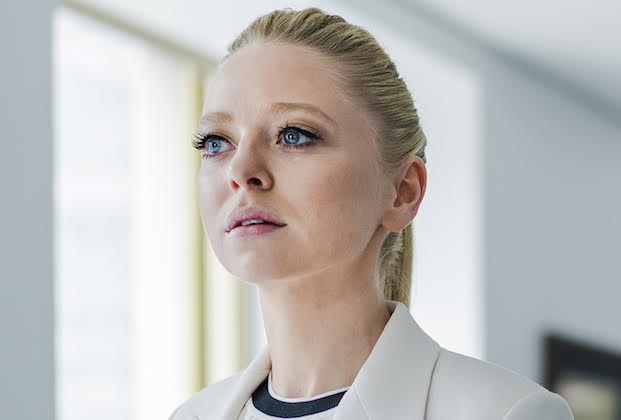 HONORABLE MENTION | If Mr. Robot is a psychological thriller, Portia Doubleday has been starring in the “thriller” half, as Angela did the dirty work in executing fsociety’s FBI hack. This week, Doubleday surfaced her alter ego’s newly discovered strengths, first as she deflected an introductory inquisition from FBI Agent DiPerro. Sure, she had Darlene in her ear, but it was Angela — wheels fast-spinning behind those big, blue eyes — who mustered the resolve to not just explain away her trespassing, but inform the fed when the questioning had reached its end. Doubleday shined equally bright during Angela’s power play with Price, as the E Corp up-and-comer casually reported on her success in negotiating a settlement with the Washington Township plaintiffs, and then traded that unsolicited bacon-saver toward the next step in her own “evil, secret agenda” — to one day make E Corp truly pay. 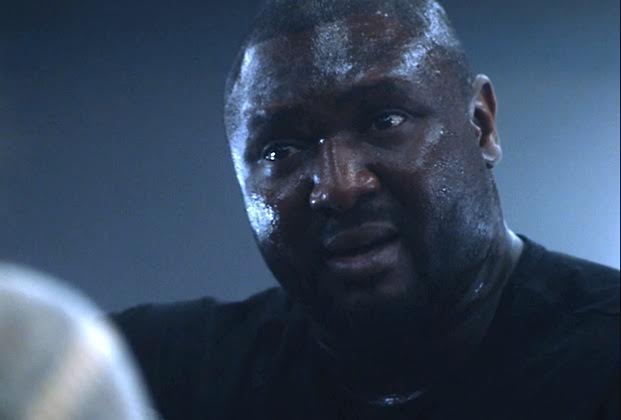 HONORABLE MENTION | This Tuesday was Truthday on Zoo, and two of the bombshells got dropped by Nonso Anozie‘s big-hearted Abraham. “You think you know me. But I’m not the man you think you know,” the contrite Kenyan informed Jamie, unloading one of the secrets he’d been shouldering: that, at the bequest of Robert Oz, it was he who years ago injected Jackson’s mother with the triple-helix DNA. In retrospect, he realizes, “Because of me, she turned into a monster. It is because of me that she is dead!” When Abe later confessed to Jackson his role in Elizabeth’s tragic mutation, Anozie made clear the pain of one best friend “betraying” the other. Especially when he could barely vocalize his reason for executing Robert’s misguided mission: “He gave me $200.” It was no small miracle Abe could drop the other shoe — Jackson’s dad is alive!