Following an appearance at the Television Critics Association summer press tour on Sunday, where she was promoting Season 2 of Amazon’s 1980s-set Red Oaks (premiering Nov. 11), Grey told The Hollywood Reporter, “I was asked to do something on [ABC’s Dirty Dancing], and I was flattered because I always want to be asked because it’s nice to want to be included. But for me, it would be sacrosanct for me to do it because it didn’t feel appropriate to me. It feels like if you’re going to do your own thing, do your own thing.” 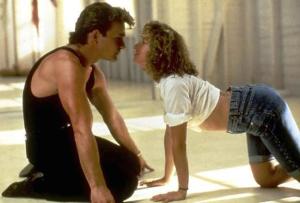 Nonetheless, Grey said she “would love to see what it is that they come up with. Tommy Kail [of Broadway’s Hamilton] directed it and I’m obsessed with Hamilton, so that’s thrilling to me. I think they’ve got wonderful actors in it. I’m going to be watching it, and I’m excited.”

Would you have appreciated the “callback” of seeing Grey in the Dirty Dancing remake? Did she make the right decision to decline a role?