Fun bit of trivia: Did you know the days immediately before and after the Major League Baseball All-Star Game are the only days on which  almost no* professional sports are played in America? So what better day for the ESPYs to corral all of that otherwise-unoccupied leaping, running, jumping, shooting, batting, swimming talent in one room?

Wednesday’s ceremony, which honored the best of the year in sports, was hosted by WWE wrestler John Cena and opened with four NBA stars delivering a sobering talk about Black Lives Matter and the importance of pro athletes to step up as leaders in their communities. That theme resonated through the night, which featured a teen gunshot victim posthumously receiving the Arthur Ashe Award for Courage.

But the ABC-broadcast evening also had its lighter moments, buoyed by Cena’s good-natured poking of sports stars both present and absent, and several very funny taped bits. We took the liberty of sorting through the night’s most memorable bits, from the sublime (cancer survivors imploring everyone to never stop fighting) to the ridiculous (seriously, Lindsey Vonn, what are those things?).

Click through the gallery below to see what caught our eye, then hit the comments: What leapt out at you as the best, worst and weirdest moments from the telecast?

*Sorry, WNBA and MLS. Didn’t see you over there. 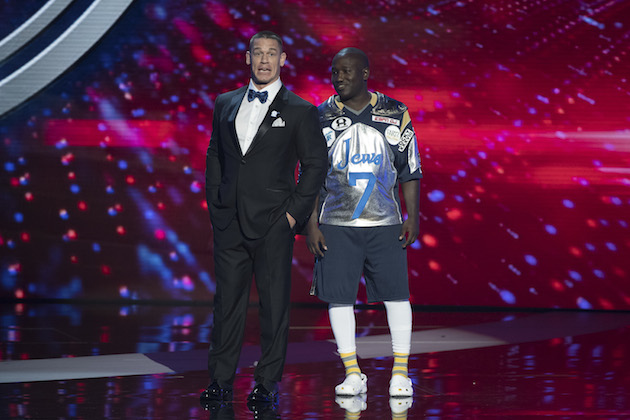