Though Supernatural’s season ender last month granted Dean’s fondest wish — the return of his formerly deceased mom —series stars Jensen Ackles and Jared Padalecki have some requests of their own that they’d like to see fulfilled in Season 12. (Someone, get Amara back. Maybe she’s still in a giving mood?) 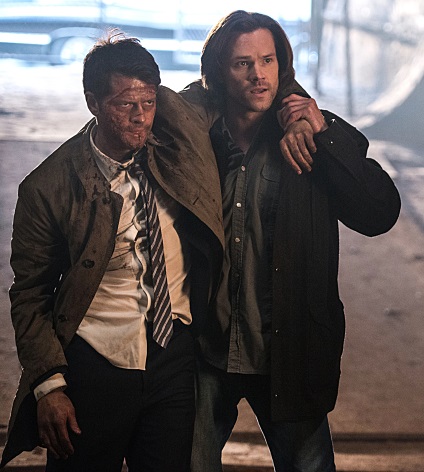 Dean may need to learn to share his BFF, because Padalecki would like “some nice Sam/Castiel scenes,” the actor tells TVLine. “I love Misha [Collins]. I get a lot of Sam/Dean scenes, and I love Jensen, but I love exploring the Sam/Castiel relationship,” too.

Ackles’ wish list is a throwback to the series’ early days — and a world Dean left behind far too quickly.

“Purgatory, I thought, was a really, really cool part of the story,” he shares. “That might be cool to maybe go revisit.”

“I’d also like to see more of a hunter network,” Ackles adds. “I’m a big fan of the original format of the show, the monster-of-the-week kind of thing. [But] I don’t know how we necessarily get back to that with everything that’s happened.”

In the meantime, Ackles is enjoying the “really cool” expansion of the Men of Letters mythology with the introduction of the London chapter in the Season 11 finale. “That’s certainly an avenue we can explore,” he says, “and I think we will.”