It’s not a Supernatural finale if one of the Winchesters doesn’t nearly or actually die for the 156th time (that’s a rough estimate). Wednesday’s Season 11 ender proves no exception as Dean and Sam once again say their goodbyes in the face of possible death.

Coming off Amara’s latest attack, Castiel is free of Lucifer – no one knows where the fallen angel went, though – and Chuck can feel his life fading. As he dies, so does the sun. The scales are, literally, tipping away from light. Once the sun – the source of all life on Earth – is gone, everything else will cease to exist.

“What do we do now?” Cas wonders. Dean responds by grabbing a beer and countering, “How are we supposed to fix the frickin’ sun?” 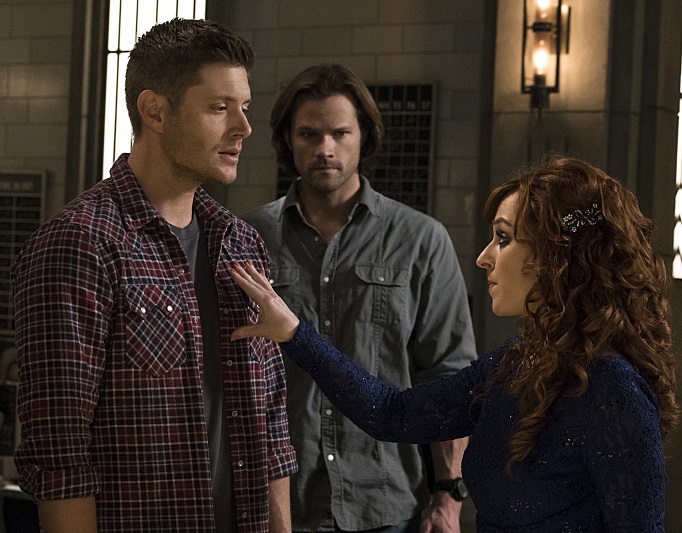 But come up with a plan, they do: The Darkness can’t be trapped, so they decide to kill Amara instead. Chuck reveals that light is her weakness, and with a whole lot of souls, they can create a bomb of sorts. Castiel offers to get some souls from Heaven, while Dean and Sam collect a bunch of ghost ones. It’s still not enough, but thankfully, Billie the reaper chips in with a couple hundred thousand souls. (What was with those glances between her and Crowley?) Now that they have their weapon, Dean needs to get close to Amara, but “you won’t carry the bomb. You’ll be the bomb,” Rowena informs him. (You had to know something bad was coming when moments earlier, Dean started to tell Cas about how much he means to him: “You’re always there. You’re the best friend we’ve ever had. You’re our brother, Cas.”)

The brothers say goodbye at Mary Winchester’s grave – foreshadowing! – and Dean asks Cas to look out for Sam, make sure he doesn’t do anything stupid. (Fat chance!) Then he makes his final requests for a big funeral with Black Sabbath and Gary Busey reading his eulogy and for his ashes to be spread at that same cemetery. For the final punch in the gut, Dean hands Sam the keys to baby and they hug it out, chick flick tears and all. 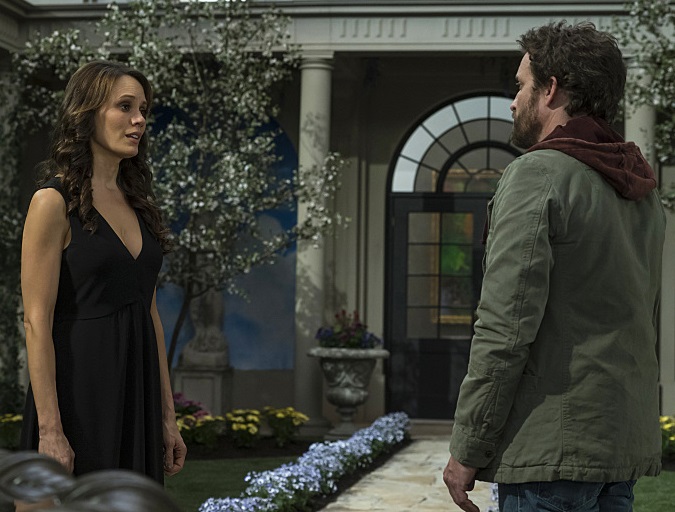 Once Dean gets within a couple feet of Amara, she can taste the power coming off of him and rightfully points out that he’s never been able to hurt her before. Rather than blowing them both to smithereens, Dean takes another approach, talking Amara through something he knows plenty about: sibling drama. “When everything goes to crap, that’s all you got – family,” he reminds her, asking what she truly wants. With that, she summons Chuck to make amends. As the siblings hold hands, the sun – and Chuck’s life force – is restored. Before they depart for some family bonding, Chuck reassures Dean, “Earth will be fine. It’s got you. And Sam.”

Meanwhile, Sam heads back to the bunker, where Toni (new recurring player Elizabeth Blackmore), a member of the Men of Letters’ London chapter, waits with a gun to take him and Dean in. Given all the damage the brothers have done over the years, the group has decided enough’s enough. Sam tells her Dean is dead and then shrugs her off. She responds by warning him not to come closer before finally firing a shot (which was, curiously, off-screen).

Now back to Dean. Before leaving, Amara thanks him for giving her what she’s always wanted. She promises to do the same for him – after which Dean finds himself face to face with his mother, Mary! (The CW is really into resurrecting tragically killed moms this week, isn’t it?)

Supernatural fans, what did you think of the season ender? Grade it via the poll below, then hit the comments to back up your pick!