Did those days covering the Obama campaign pay off handsomely for Gilmore Girls‘ Rory?Because she and Michelle Obama look pretty cozy on the First Lady’s Snapchat.

“Hey, we’re in the Map Room with…” Obama addresses the camera, which then pans to Alexis Bledel, who adds, “… me!” in a snap posted Wednesday afternoon. “I’m back at the White House!”

Bummer. Because we were hoping that Obama was holding a box of Pop Tarts in the photo below (scroll to see in full) because they taste like “freedom, rebellion and independence.”

UPDATE: Full FLOTUS-Rory video has been released and is available for your viewing pleasure at the bottom of this page! 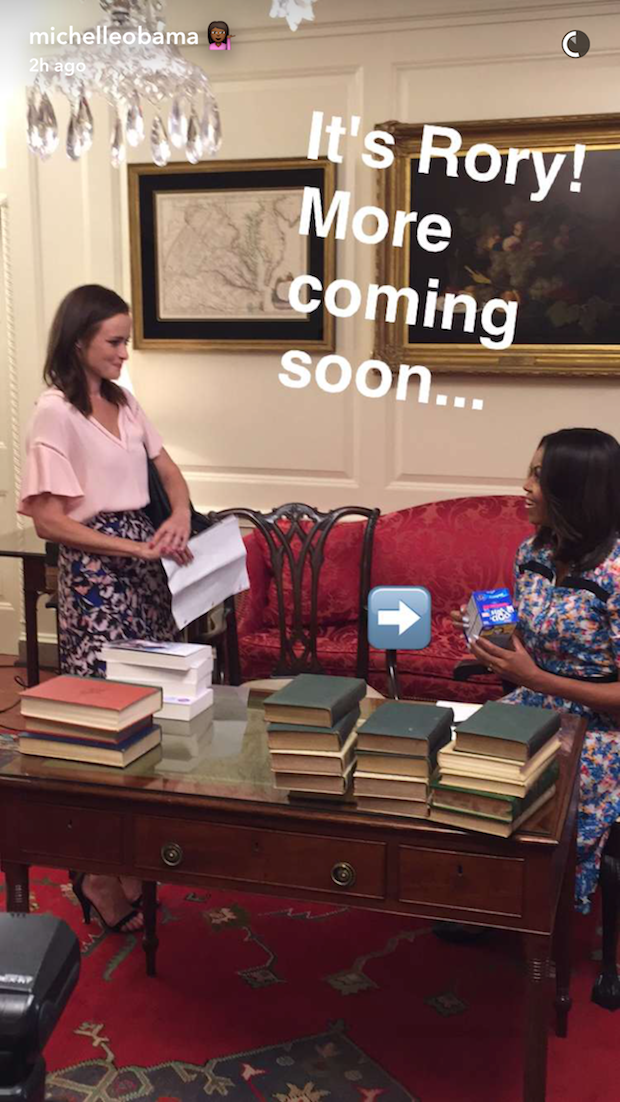 Just a couple of girls talking about books… (👻: michelleobama)https://t.co/CS48LB9fk7