The broadcast networks have nearly 20 shows debuting this fall, including Kiefer Sutherland’s term as POTUS, new sitcoms from Kevin James and Matt LeBlanc, and the story of MLB’s first female player. To help you prep for it all, TVLine is offering First Impressions of the not-for-review pilots.

THE COMPETITION | ABC’s Fresh Off the Boat/The Real O’Neals, Fox’s Scream Queens, NBC’s This Is Us (new) and The CW’s No Tomorrow (new)

THE SET-UP | Weatherly stars as Dr. Jason Bull, an elite trial consultant (verrrry) loosely based on on early career of Dr. Phil McGraw (who will be the first to point out the narrative’s cheeky legal liberties). Aided by his TAC (Trial Analysis Corporation) team, Bull “combines psychology, human intuition and high-tech data to learn what makes jurors, attorneys, witnesses and the accused tick.”

THE FIRST IMPRESSION | This is one of those pilots that, while engaging and sleekly directed, invites the question: How strong (and unique) will the cases/episodes be on a weekly basis? Will Bull always be working his magic to save a wrongly accused person’s bacon? (If not, how will we feel about that?) Just how many nifty tricks does Jason have up his cufflinked sleeve? And will every episode as perfunctorily as the 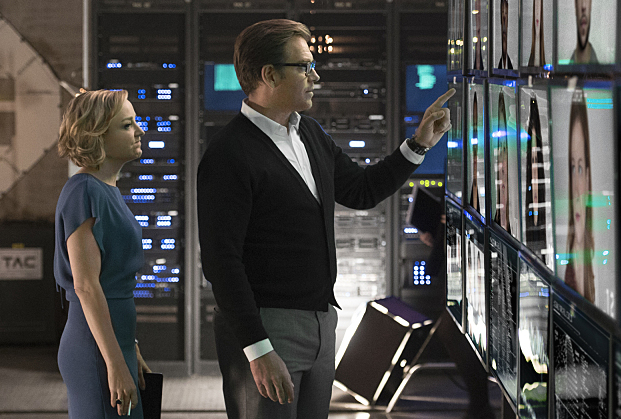 pilot does tack on a coda that informs us who did commit the crime?

Weatherly is perfect in the role of a triple PhD-holding know-it-all who (sometimes) dulls his highly educated digs with doses of charm; you want Bull on your side. Yet because the conflict arises from how he interacts with clients — especially when they question his high-tech hocus-pocus, or shirk his guidance — the pilot suggests that the guest cast (here including In Plain Sight‘s Fred Weller as an accused murderer’s billionaire dad) might stir the weekly drink. That said, the premiere gives us a good sense of Bull’s TAC team, with Carr (playing an analyst poached from Homeland Security), Kirchner (as a former NYPD detective) and Jackson (as a stylist) “popping” the most.

THE TVLINE BOTTOM LINE | The Tuesdays-at-9 scheduling is a no-brainer, as promos airing during NCIS surely will beckon those many millions of viewers to see what “DiNozzo” is now up to. With Scream Queens, the touchy-feely This Is Us and the romantic comedy No Tomorrow targeting different audiences, and ABC’s S.H.I.E.L.D. bumped to 10, it will be hard for this freshman drama to not to hit the ratings… Bull’s-eye. (Sorry. Unavoidable.)

RELATED Fall TV Poll: Which New Shows Are You Most Looking Forward To?

Watch a trailer for Bull, then vote in our poll below.
https://www.youtube.com/watch?v=wNc4AZRZxAs