It’s never too early to start planning your viewing habits for the fall TV season (and get a jump on any new DVR conflicts!), so TVLine as is tradition presents this day-by-day, hour-by-hour grid of the primetime schedules for each network.

NBC, Fox, ABC, CBS and The CW unveiled their game plans for fall and midseason at this year’s Upfronts presentations in New York. (Click the aforementioned network names for details.)

• Midseason launches for each network are listed beneath the grid. 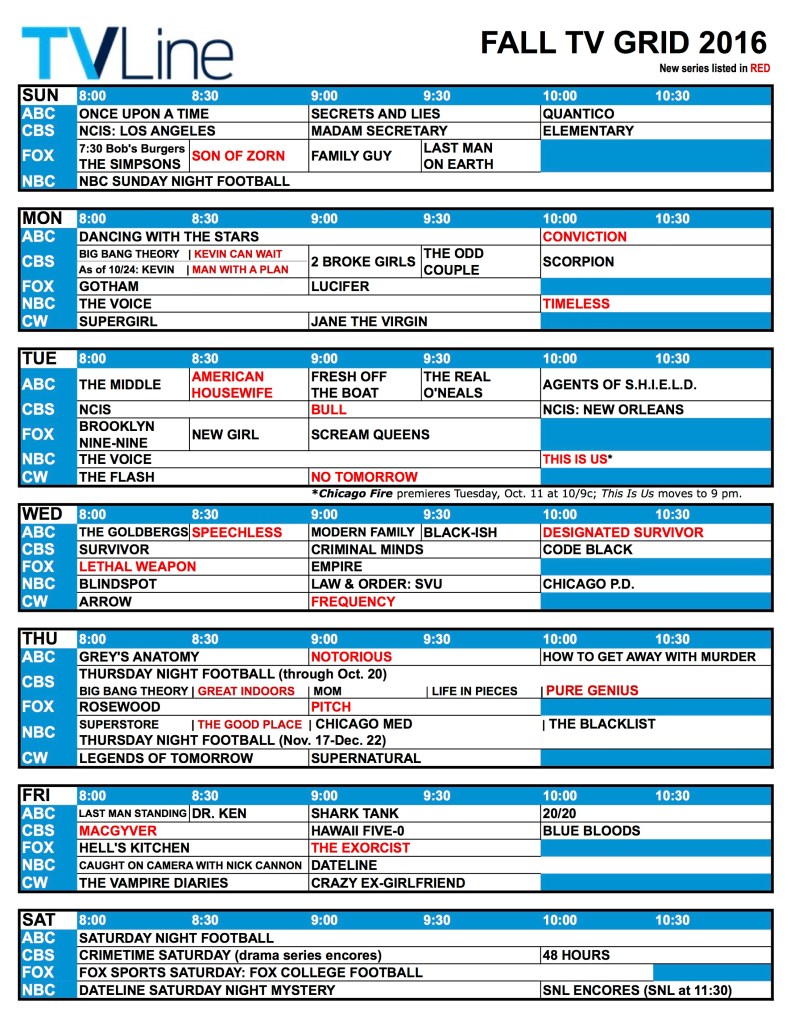