The truth… just may be in Hawkins, Ind.

That’s our takeaway from the first trailer for Stranger Things, an X-Files-by-way-of-Stand-By-Me supernatural drama, starring Winona Ryder, that debuts on Netflix this summer.

Set in the Midwest in the 1980s, the series follows the hunt for a boy who goes missing under very odd circumstances. Ryder (Reality Bites) plays his mother, Joyce, whose desire to find her son “unravels a series of mysteries involving top-secret government experiments, terrifying supernatural forces and one very strange little girl,” per the official description. Meanwhile, the boy’s friends’ efforts to make sense of what has happened forms a coming-of-age story.

The trailer juxtaposes a conversation between Joyce and local law enforcement’s Chief Hopper (David Harbour, The Newsroom) with creepy scenes of Joyce’s son running from an unseen threat. There are also menacing men in biohazard suits, lights mysteriously winking on and off, and a buzz cut-sporting little girl who can apparently flip vans with her mind.

Press PLAY on the video above to get your first glimpse of Stranger Things in action, then scroll down to see the series’ retro poster. (Click on image to see a larger version.) 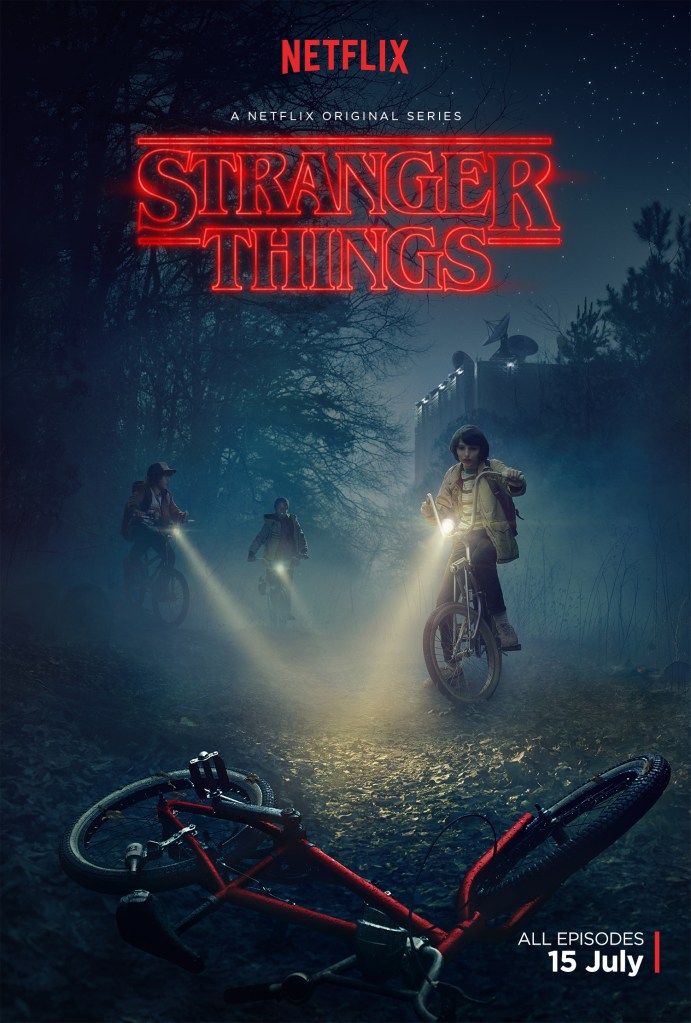