THE PERFORMANCE | Over the course Empire‘s two seasons, Taraji P. Henson has played pretty much every emotion under the sun.

In last Wednesday’s installment, though, the Emmy-nominated actress managed to impossibly pack all those disparate moods — grief, rage, flirtation, fear, sympathy and pride, to name a few — into a single hour.

As her character, Empire Entertainment’s mercurial co-CEO Cookie Lyon, prepared for a hotly anticipated American Sound Awards performance by ex-husband Lucious and sons Jamal and Hakeem, Henson allowed the audience to see the unbridled ambition of a woman who’d spent too much of her adult life behind bars — and wasn’t about to let family drama overshadow her carefully orchestrated moment.

To that end, Cookie took it upon herself to investigate her recovering addict sister Carol’s new relationship with ex-cop Tariq, giving Henson a chance to show the street-smart ex-con always percolating beneath her character’s intermittently more polished facade. While letting Tariq know she had no doubts about his being an FBI agent, Cookie delivered her nuclear parting shot with hilarious, oh-yep-she-went-there glee: “Watch out: My sister has herpes — hope it’s not too late!”

That penchant for unfiltered nastiness took a more serious turn, though, when Cookie realized Carol had once again slipped off the wagon. The way Henson recoiled with indignation and hurt as Carol seethed, “you ain’t got nothin’ of your own — just what Lucious let you have,” made it believable that she’d take the lowest possible road, screaming for her “washed-up crackhead” sibling to pack her bags and get out of her life for good.

Henson’s work was far from over, though: As Lucious presented Cookie with an outlandish diamond bracelet and asked her to be his date to the ASAs, we got to see her character’s playful sentimentality — a startling juxtaposition to the eruption of terror and grief that followed after Jamal was gunned down on the red carpet.

As Cookie hovered above her middle child, begging him to keep his eyes open and fight for his life, the moment was painfully real — and a reminder of Henson’s greatest accomplishment on Empire: Her ability to convey the unmatchable intensity of a mother’s love. 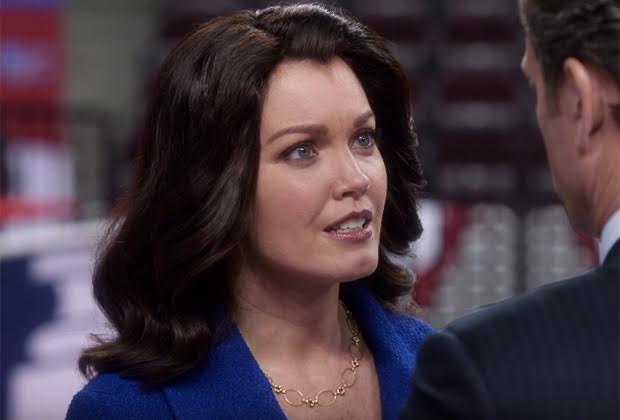 HONORABLE MENTION | Senator Melody “Mellie” Grant has always been one of the more complex players in this game we call Scandal, and watching her evolve into a full-fledged presidential candidate has been more delicious than that slice of apple pie Andrew requested moments before Olivia beat him to death with a metal chair. (But I digress.) Bellamy Young has fearlessly hugged her storyline’s curves all season, from her first big lessons (“America hates me!”) to her latest fiery confrontation with Fitz during Thursday’s season finale. After seeing Mellie absolutely eviscerate her self-important ex on the dais (“This. Stage. Is. Mine.”), we have no doubt she’ll be able to hold her own against Frankie and Cyrus. #WereWithHer 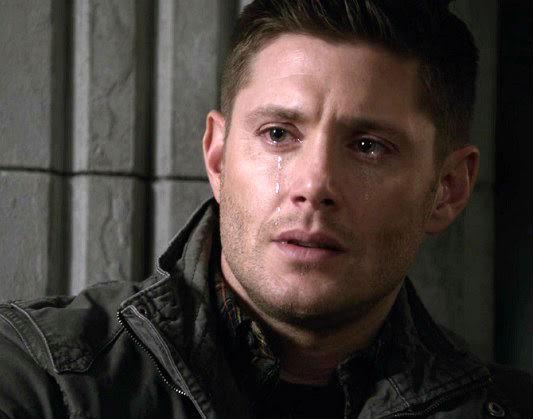 HONORABLE MENTION | When Supernatural‘s Jensen Ackles unleashes his trademark single tear, you know you’re in for a treat — and this Wednesday’s episode was no exception. After 11 seasons of fighting all forms of evil, Dean finally came face to face with Creation’s maker, which lead to an emotional, long overdue conversation with Him. As Chuck/God tried to justify his MIA status during Earth’s downfall as being for humankind’s own good, Ackles — in one of his most soulful performances in recent memory — perfectly captured Dean’s frustration and hopelessness. “It didn’t get better,” the elder Winchester weeped. To Ackles, we say, feel free to cry us a river any time.

HONORABLE MENTION | She could have had it all… and yet she wanted none of it. And in the end, she wound up with even less than that. As Underground‘s freshman run came to a close, Amirah Vann made evident that house slave Ernestine would not fall for the illusion of a grand life at her master/baby daddy Tom Macon’s side. Because, she observed as she hanged him in his wine cellar, “There is no surviving this life” — a “hard lesson” that daughter Rosalee realized before running. As Tom gargled his last breaths, “We both goin’ to hell,” ‘Stine said, having earlier admitted her role in ending Pearly Mae’s suffering. “You just a bit sooner.” Later, as the episode ended, Vann uttered not a single syllable to convey ‘Stine’s reaction to Savanna’s revelation of her new fate, but instead used her silence, deep breaths and a clenched jaw, to underscore the character’s strength against the latest adversity.