As we slow down to process the 28 (!) pieces of Fall TV news reported on Thursday, including 12 cancellations, two spinoffs and some happy renewals — and in advance of our weekly TV Questions column — TVLine asks:

1 | Supergirl‘s literally sunny, daytime sequences are one of the things that distinguish it from, say, moody, broody Arrow. With production moving from sun-baked Los Angeles to oft-overcast Vancouver, can Kara & Co. keep things bright in their new CW home? (Also, did Cat Grant foresee CBS freshman’s move with her meta commentary about The CW during the #SuperFlash crossover?)

2 | As posited by Kryptonsite’s Craig Byrne on Twitter: Now that The CW has greenlit No Tomorrow, and given that TNT’s Legends is no more, will DC’s Legends of Tomorrow streamline its name to DC’s Legends?

3 | How will The CW program 15 hour-long scripted series in a 10-hour week? Who gets shortened seasons, or held for summer? 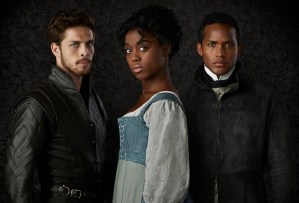 may need to fill a gap if Scandal doesn’t return until midseason, does Shondaland’s Romeo & Juliet sequel Still Star-Crossed fit the #TGIT brand? (How would period-dressed characters look in an otherwise-contemporary Thursday promo?) Or is the bigger question: Does the #TGIT lineup need to be all Shonda shows?

5 | Is ABC’s Kiefer Sutherland-led Designated Survivor a lock to claim cancelled Castle‘s time slot, or is it missing the romantic dramedy slant that partnered well with Dancing With the Stars?

6 | With the renewal of seven comedies plus pickups for Downward Dog, Imaginary Mary and Katy Mixon’s show, will ABC expand its Tuesday comedy block to two hours? If so, does S.H.I.E.L.D. get pushed to ABC’s problematic 10 o’clock slot? 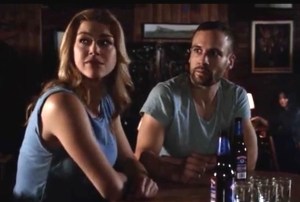 that Marvel’s Most Wanted… isn’t… will Adrienne Palicki and Nick Blood return to Agents of S.H.I.E.L.D. for Season 4?

9 | Has The Muppets — which was originally developed for midseason but got fast-tracked for a fall launch — taught TV a lesson about rushing a product to shelves?

10 | While we are loathe to offer false hope in the form of “Save This Show With Streaming!” ideas, of the two, which is more likely to get “rescued”: The Grinder, which sure would fit nicely on Hulu alongside fellow Fox castoff The Mindy Project, or Agent Carter, who has several Marvel-ous pals over on Netflix?

11 | Will Chicago Justice be 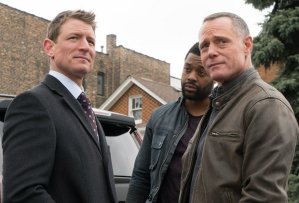 used to plug NBC’s Thursdays-at-10 hole, which (as much as we loved Parenthood) has not been successfully filled since ER?

12 | Will NBC/Dick Wolf give some thought to Chicago CSI, now that CBS’ 16-year CSI dynasty has come to an end?

13 | Did The Good Wife‘s Lucca get off easier than slap victim Alicia did, seeing as she and Diane are working together in the possible spinoff for CBS All Access?

14 | Will Castle‘s original cliffhanger ending to Season 8 ever see the light of day (maybe as a DVD extra?), now that the alternate, series-ending sequence is being swapped in for Monday? (Do we want to see it?)

What burning questions would you like answered in the wake of this week’s Fall TV news?