Downward Dog, based on the web series of the same name, follows a struggling millennial named Nan (Tolman) who has an interesting connection with her dog Martin. Told from Martin’s point of view, the show teaches Nan and her dog that “even at their worst, they may be the best thing for each other.” Downward Dog also stars Lucas Neff, Kirby Howell-Baptiste, Barry Rothbart and Mo Collins.

Get a (brief) first look at the new comedy here: 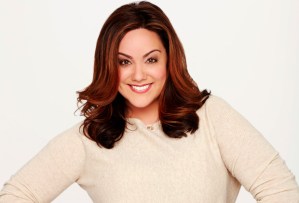 As for the untitled pick-up, Mixon stars as Katie, a “confident, unapologetic, plump wife and mother of three, [who] raises her flawed family in the wealthy town of Westport, Conn., filled with ‘perfect’ mommies and their ‘perfect’ offspring.  She lets us in on her deepest, most unfiltered thoughts through voiceover as the she lives her life as the second fattest housewife in Westport.” Additional cast members include Diedrich Bader, Johnny Sequoyah, Daniel DiMaggio, Julia Butters, Carly Hughes and Ali Wong.

Do either of these comedies tickle your fancy? Drop a comment with your thoughts below.