It’s fitting that the latest installment of Dancing With the Stars was the series’ annual Disney week, because some routines were absolute beauties, while others were complete beasts.

Tinkerbell dumped heaps of fairy dust on the usual suspects (Nyle DiMarco, Ginger Zee), leaving competitors like Doug Flutie to stumble about like hippos in search of their tutus. Still others, like an exuberant Kim Fields and a stately Von Miller, found their inner zip-a-dee-doo-dah and turned in performances that greatly improved upon previous weeks’ showings.

Time is running out and my store of Disney references is running short, so be our guest (ah! found one more!) and join us as we dissect the best and worst routines from the Wonderful World of Monday’s magical broadcast:

BEST OF THE NIGHT
Ginger Zee and pro Val Chmerkovskiy (Foxtrot) — If ever there were a DWTS routine I would have apple-cheeked babies with, it would be this take on the opening song from Beauty and the Beast, with Zee in the role of book-loving Belle. Turns out, the meteorologist loves the movie as much as I do, and therefore has likely never passed a public fountain without stretching out an arm and belting, “Ohhhhhh, isn’t THIS amazing, it’s my favorite part because you seeeeeeeee.” (I know you feel me, all you Belle-ievers out there.) The song and Broadway-infused choreography were perfectly matched with Zee’s sunny personality, making her high score as certain as the sun rising in the east. Judges’ score: 36/40

BEST OF THE NIGHT (RUNNER-UP)
Nyle DiMarco and pro Peta Murgatroyd (Samba) — Even though I repeatedly had to tear my eyes away from Nyle’s ratty-looking Tarzan wig (which looked like it was straight outta the clearance bin at Party City), that excellent backflip at the start of the “Trashin’ the Camp” number was perfection. The routine was fun and energetic (those butt wiggles in a circle!), and maybe some day I’ll get over the fact that a deaf man has more rhythm than most of the rest of his rivals, but today is not that day. Judges’ score: 34/40

MOST IMPROVED
Kim Fields and pro Sasha Farber (Quickstep) — The quickstep is no amateur’s friend — so many opportunities to put a foot wrong and throw off the whole shebang! — but Kim’s exuberance (coupled with those shoulders, which she finally figured out how to relax while moving) sealed the Jungle Book number as her new high water mark. Judges’ score: 32/40

WORST OF THE NIGHT
Doug Flutie and pro Karina Smirnoff (Jazz) — Forget a spoonful of sugar: Not even a truckload of the sweet stuff could make this Mary Poppins-themed outing go down easy — especially when every time the former NFL star approached a lift, I held my breath until Karina’s little feet were safely back on the ground. Judges’ score: 24/40

Your turn! Did Marla and Tony deserve to go? Which duos will get your vote this week? Hit the comments with all of your thoughts! 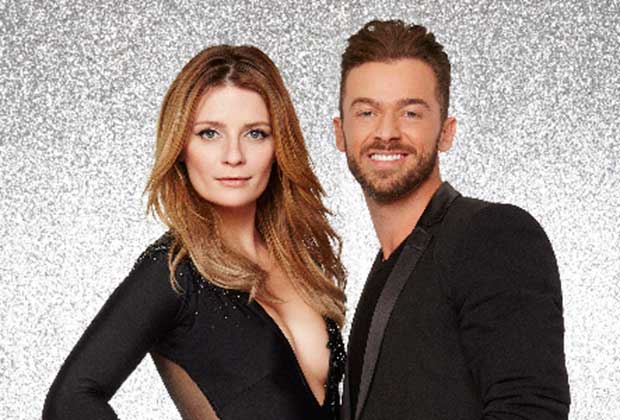