Question: Can we expect the LokSat storyline to be wrapped up by the end of Castle‘s Season 8 finale? —Andrea
Ausiello: Considering that Kristofer Polaha will resurface as LokSat stooge Caleb Brown in the May 16 closer, I’d say 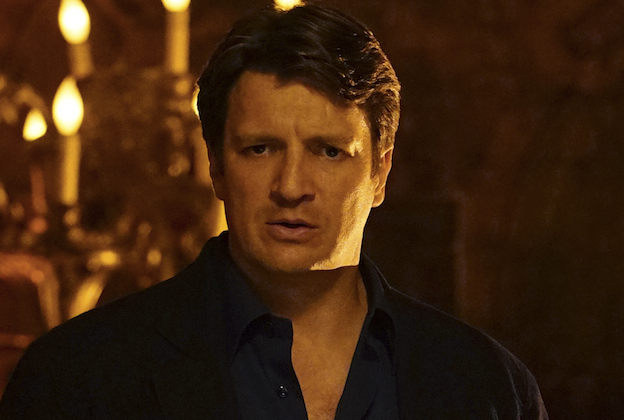 that is a safe-ish bet. Speaking of which, with a renewal decision expected to come down to the wire, I hear producers are shooting multiple endings — one that works as a season finale and another that serves as a series finale.

Question: Any scoop on Devious Maids or Jane the Virgin? —Bev
Ausiello: OK, Bev, I’ll take Door No. 1 — and what a door it is! The Lifetime drama’s fourth season is introducing a new character named Lori who meets an “attractive Beverly Hills woman” at her therapist’s office; after bonding over champagne and past breakups, the two end up going on a date. Any guess who Lori’s new lady friend will turn out to be? Our money’s on Susan Lucci’s Genevieve because A) no one has experienced more breakups than her, and B) no one needs more therapy than her. Besides, straight or not, you know Genevieve can’t resist attention.

Question: Do you have anything on Grey’s Anatomy‘s Arizona? I thought Shonda Rhimes said at the start of the season she would have a love interest? —Ashley
Ausiello: Now that Arizona’s “slutty again,” you’d certainly expect that we’d get to meet a love — or at least a lust — interest of hers, wouldn’t you? But if someone new is coming up for her, it doesn’t sound like their relationship is going to go very well for very long. Ellen Pompeo (Meredith) recently tweeted that Robbins’ portrayer, Jessica Capshaw, “intends to rip your hearts out in” Season 12’s 22nd episode (airing May 5). But maybe she means “rips your hearts out” in a good way? (Is there such a thing?)

Question: Would you happen to have any dirt on Lucifer? Pretty please? —Nic
Ausiello: As the Fox freshman enters its final stretch, Lucifer still won’t talk to Maze, so she goes to take her frustration out on Amenadiel. But instead of fighting, the two actually… get along? Maybe even a little more than that? (Hint: Red wine is involved.)

Question: Will The Walking Dead delve into Negan’s backstory next season? —Josh 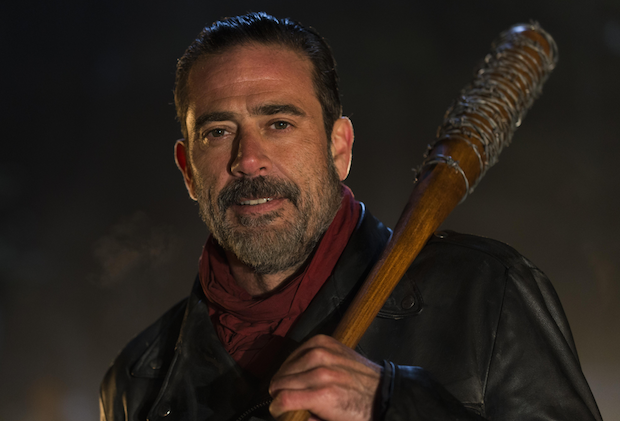 Ausiello: Sorta. While Season 7 will feature “stories from [Negan]’s perspective,” per showrunner Scott M. Gimple, don’t look for any huge origin-y bombshells that reveal why he’s such a meanie. “The guy you see is the guy he is. There won’t be this [big] ‘behind the mask’ reveal.” BONUS SCOOP: Despite Corey Hawkins’ starring role in Fox’s 24 reboot, Walking Dead fans “will absolutely see Heath again,” Gimple confirms, adding that, “We’re hoping to have him in a certain episode [next season].”

Question: Were those guys who approached Morgan and Carol in Sunday’s Walking Dead finale from The Kingdom? —Andrew
Ausiello: Outlook hazy. “Those guys may or may not have been from The Kingdom,” Gimple hedges. “And we may or may not see The Kingdom. But if we do see the Kingdom, it’ll be a big reveal and another new world to inhabit and explore.” Since that answer was about as meaty as the inside of my fridge (it’s funny because I’m a vegetarian!), I think I owe you another BONUS SCOOP: During a conference call with reporters Monday, Jeffrey Dean Morgan hinted that Negan could be around for Seasons 7 and 8. Teased the actor: “You’re going to see Negan do some stuff in the next year or two that’s not going to be very nice.”

Question: Is it too early to ask what we can expect on Season 3 of How to Get Away With Murder? –Lonnie
Ausiello: Yes, it’s too early for you to ask. Oddly enough, however, it’s not to early for me to answer. During a recent chat with executive producer Pete Nowalk, we wondered if Viola Davis’ mercurial Prof. Annalise Keating would be bringing in a new set of law students to work in her firm — given that Michaela, Connor, Asher, Wes and Laurel can’t be first-years forever. “That’s a great question,” Nowalk replies. “I’m open to that, but I also don’t see how [any new students] could be as intimately involved in Annalise’s life as these five have. Also, there’s no formula to this show. Does Annalise want to continue being a professor? Does the school still want her there? Do [the Keating Five] want to stay in law school? All valid questions. I just don’t want it to feel like we’re making a show that’s got a formula: ‘Here’s a new crop of students, and they’re going to murder someone else!’ Yes, the show is outrageous and we do over-the-top things, but these [existing] characters are bonded for life.” 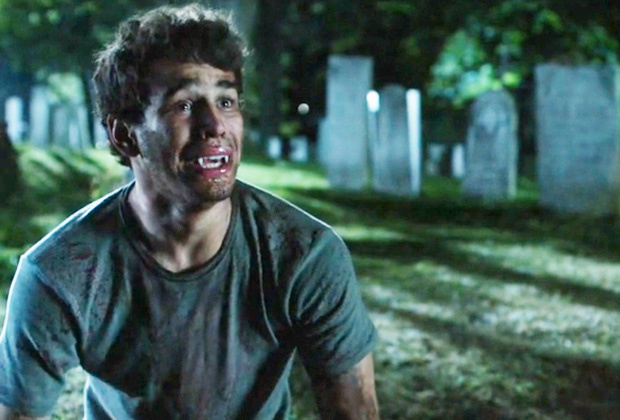 Question: I know the first season of Shadowhunters hasn’t ended yet, but do you have any intel on Season 2? –Charlotte
Ausiello: Season 2, eh? I think I can dig something up: “There’s going to be a big struggle for power within the vampire world,” showrunner Ed Decter teases about the second season. “And Simon will, of course, be sucked into that.” (See? I’m not the only one making puns around here.)

Question: Any fresh scoop on the Gilmore Girls revival? —Mary
Ausiello: We just launched a super-swank new landing page to promote all of our past, present and future coverage of the Biggest TV Event of the Decade. Other than that, no.

Question: Anything on The Originals? Dying to know how the season is going to end. —Ash
Ausiello: Well, Ash, let’s just say it’s a good thing the CW drama already has a fourth season, because the vamps are going to have a pretty big mess to clean up in the fall. Per executive producer Michael Narducci, “Everything the Mikaelsons are responsible for is coming home to roost. Not just Tristen, Aurora and Lucien — the first vampires they ever turned — but we’re also seeing what’s happening to the city that they’ve been exploiting over the past three seasons. How is the city going to react when the Mikaelsons become vulnerable? When you’ve dominated someone, then suddenly you have a vulnerability, the people are going to rise up.”

Question: Are we really supposed to believe it wasn’t Anika who gave Rhonda that horrific shove on Empire? –Todd
Ausiello: The victim of the crime — aka co-star Kaitlin Doubleday — already hinted to TVLine that Anika isn’t the only person of interest in Empire‘s Mystery of the Great Staircase Tumble. Now, Anika’s portrayer Grace Gealey is backing up that theory. “I’m telling you, people are going to be very surprised as they watch the storyline” and learn the identity of the assailant, she says, while cautioning against calling her character crazy. “I would call Anika desperate. Unhinged,” the actress offers. “But you’re definitely going to see some serious vulnerabilities [in the back half of the season]. You’re going to truly understand what drives her, her intentions, her motivations.” BONUS SCOOP: Gealey promises that Fox’s smash drama is heading toward a whopper of a finale. “Oh, my God, I just thought about it again,” she says, clutching her gut. “Hold on to your seats, man. Don’t miss it. I know a lot of people say things like, ‘Don’t miss the finale.’ No, for real, for real — if you do not get up, gasp and scream all at the same time, then you’re not watching the right show.”

Question: Long time fan/reader and was wondering if I could have some scoop on Fear the Walking Dead Season 2? —Spencer
Ausiello: In Sunday’s opener, a walker is dispatched in a way I’ve never seen before (and I’ve seen a lot of walkers killed).

Question: Did Jeananne Goossen leave The Night Shift?! She was omitted from the cast list on your article. —Jason
Ausiello: ‘Tis true. Goossen, who has appeared in recent episodes of Nashville and The Walking Dead, will not be returning this season as Krista. 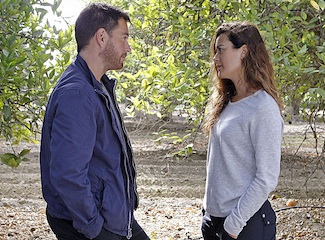 Question: I know you have probably been asked this a thousand times already, but, any word yet on whether Cote de Pablo will make an actual appearance in Michael Weatherly’s last episode of NCIS, and not just in a flashback? —Jennifer
Ausiello: Not happening. Move along now. There’s nothing to see here.

Question: With the pretty much perfect 4 seasons of Veep, it’s nerve wracking knowing Armando Iannucci left as showrunner. New boss David Mandel no doubt has a great résumé, but Armando was such the leading voice of the series, and left with the show as strong as ever. Any word on the quality of the Season 5 episodes? —Nate
Ausiello: I’m anxiously waiting for my screeners to arrive, but the recently released trailer has me worried about our friends in the White House. Not a single one of those jokes landed — and aren’t trailers supposed to showcase the best bits? Maybe it’s a contextual thing. Maybe my paranoia about Armando’s exit is making me overly critical. Maybe my fears will be put to rest when I watch the episodes.

Question: Goin’ through major #Droughtlander here! Please, oh please, do you have any scoop on Outlander? There may be a Smurf in your future! —Evie
Ausiello: How about this? I can give you Sam Heughan’s reaction to a big chunk of the premiere, but I’ll have to redact some bits in order not to violate Starz’s spoiler policy. Ready? “I was quite shocked, but as I read it, I thought it was a terrific script. I mean, Ron has done a great job on that script. I thought those scenes with [Spoiler] and Claire are some of the strongest scenes I’ve read. I was actually quite jealous. I would’ve loved to [Spoiler]. I mean, the stuff with [Spoiler] when [Spoiler] goes to the [Spoiler] is just really… It’s wonderful.” Now, on to more important business: I prefer my Smurfs clutching red “I Love NY” apples, so get cracking!

This AAnd That…
♦  Project Cadmus will “definitely” play a role in Supergirl‘s (not-yet-ordered) second season, according to exec producer Andrew Kreisberg, noting that the evil conglomerate “has such a rich history in the comics and the animated shows.” Until it makes its formal debut, Cadmus will “remain more of an evil, specter-y thing that’s out there.” 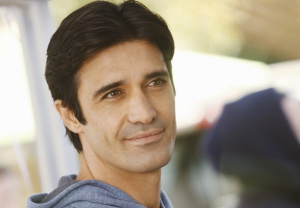 ♦ Exclusive Bones casting tidbit coming to you in 3…2…1: Gilles Marini (Brothers & Sisters, Switched at Birth, Devious Maids) will guest-star in an upcoming episode as a French descendant of Louis XIV who has ties to the victim in Brennan and Booth’s case.
♦ For the first time maybe ever, almost all of my current TV obsessions are comedies — see: the current peak-season of Girls, the uproarious Broad City, the ridiculously perfect The Grinder, the back-in-top-form New Girl and the best broadcast sitcom black-ish.