Warning: The following contains spoilers for Sunday’s finale of Shameless

During Sunday’s Season 6 finale of Shameless, Fiona’s heart suffered yet another crushing blow.

Just moments before her wedding to Sean, a high-as-a-kite Frank busted in and revealed that his daughter’s soon-to-be husband had been using heroin. Needless to say, the nuptials did not go on as planned, with Sean taking off to fight for custody of his son.

Meanwhile, a drunken Lip was bailed out of jail by his professor, who urged him to get help and later dropped him off at rehab. (Time will tell if he actually entered the facility.)

TVLINE | Is it over for good between Fiona and Sean?
We just started talking about Season 7, so I don’t have any specifics yet. It’s like real life versus fictional life. Obviously, Dermot [Mulroney] got a pilot, so that might inform how much we do with them. We, certainly, are entertaining more stories with them, but they kind of go hand in hand… But certainly, as of right now, it’s the end of them, for sure.

TVLINE | This yet another relationship for Fiona that’s ended badly in a pretty big way. What lessons should she take away from this?
That maybe she should be single for a while and she doesn’t need a man. That she doesn’t have a great picker. That coming from the Gallaghers, certainly, influences her decisions and what she finds normal and what she finds to be acceptable behavior.

TVLINE | Emmy Rossum recently told me that she’s asked the producers why Fiona is never single for a stretch of time. How much did that factor into your decision to maybe finally explore that avenue for the character?
I don’t think we necessarily exploded this relationship because we wanted to see her single. The relationship exploded because, like I said, she doesn’t have great role models with her parents and she doesn’t have a great picker. We wanted to stay authentic to the character. Somebody who’s never gone to therapy, somebody who has the parents that they do, what actions are they taking? What relationships are they getting into? Now that the relationship has ended, it does open us up to having her start asking those questions herself — “Maybe I do need to be single. Maybe I need to figure out who I am without a guy.” The character informed us of the journey she wanted to take, and that will continue as she looks at her patterns.

TVLINE | Obviously, she and Sean are in a bad place right now, but is it in her to forgive him at some point and want to get back together? Or is it too much to get over?
Again, we’ve barely talked about anything and what the future holds. Has there been a conversation of them getting back together [and] what would that look like? Yeah, absolutely. In some ways, there’s the argument of, in any relationship, it’s [about] accepting the person. We talk about [radical acceptance] a lot. It’s like being totally secure and confident in yourself and being in a relationship with somebody who maybe is not, who has a lot of faults. If you want to be with them, you don’t change them and you have to accept them. Is that mature or dysfunctional? Those conversations, we’re having all the time. 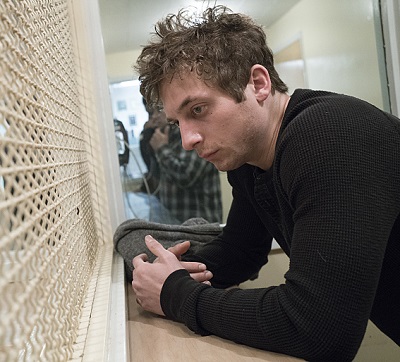 TVLINE | Of all the Gallaghers, Lip seemed the most likely to break free and make something of himself. Why the decision to have him go down this road of being an alcoholic like Frank?
Again, it’s where the character told us to go, because even though he’s bright and he’s been handed so many opportunities, he’s still a product of his parents. We really want to stay authentic to what happens when you are raised in chaos, dysfunction and bad role modeling and a lower socioeconomic world. How do you get out of your own way? How much of that influences your upbringing, all those external things, and how much does your inner fire help you break free from it? It’s not a straightforward answer, either one. We wanted to really create some complexity in the character.

TVLINE | While Lip is spiraling, Ian, of all people, has found himself in a good place this season with a new relationship and a job. Can we expect that to last?
I don’t think with any Gallagher, we can expect a good thing to last, because the Gallaghers aren’t ones that are looking at themselves, taking inventory and controlling their own chaotic impulses. With all the Gallaghers, we can expect anything that’s good getting complicated. 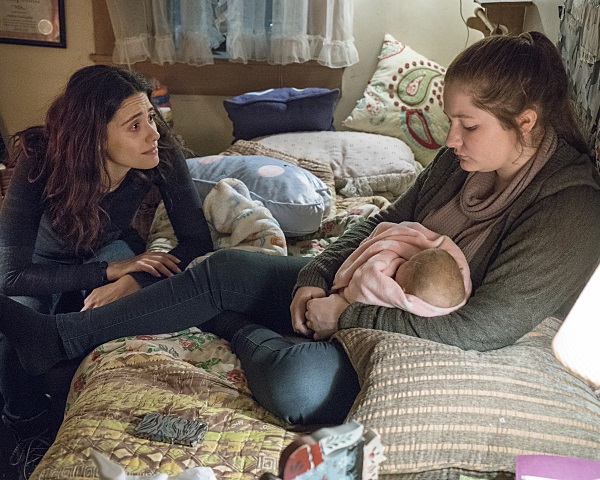 TVLINE | Fiona has not kicked Debbie out of the house despite her earlier threats. Have they gotten over their differences about the baby?
No, I don’t think so, at all. Fiona still believes she’s going to get stuck watching that kid like she got stuck watching her five brothers and sisters. She’s torn because, obviously, it’s her sister and she loves her dearly, but her sister is putting her in a very complicated spot. She’s almost finished raising all these kids, and now there’s a young one. Debbie swears that she’s going to take care of the kid, but Debbie’s also 16.

Shameless fans, what did you think of the season ender? Grade it via the poll below, then hit the comments to back up your pick!