David Anders‘ take on iZombie‘s Tuesday return could double as the most disheartening fortune cookie you’ll read this month:

“Just know nothing” — even Blaine’s need to chow down on brains? — “is concrete in this world,” he tells TVLine.

In the last episode before the CW series’ break, Anders’ Blaine returned to the ranks of the undead after getting his throat slit by one of Mr. Boss’ minions. “I don’t think he’s too keen to the idea,” the actor says; still, “Zombie Blaine was the man. He had it all figured out, so I think there’s some aspects of zombieism that he missed.”

Anders teases “new cures floating around” and “all sorts of moving parts going on” in the episodes that kick off Tuesday (9/8c), starting when Blaine — in his new state — pays an “upset” Ravi a visit at the morgue. “It affects everybody, because then Major is at risk of becoming a zombie again,” the actor continues, adding that Blaine will use the knowledge that Liv’s ex is Seattle’s chaos killer to “his personal gain.”

And in case you’re wondering about Blaine’s not-really-a-relationship with Liv’s BFF, Anders is happy to help you prep your inevitable tweets.

“Yes, there will be more Blaine-Peyton interaction,” he says, adding with a laugh, “Hashtag pain.”

In advance of iZombie‘s return, we asked Anders to reflect on the many roles — including Blaine — he’s played throughout his career. Click through the gallery below to hear stories about breaking into the business with the Olsen twins, fanboying out over Alias‘ Jennifer Garner, seeing things in black and white on Once Upon a Time and more. 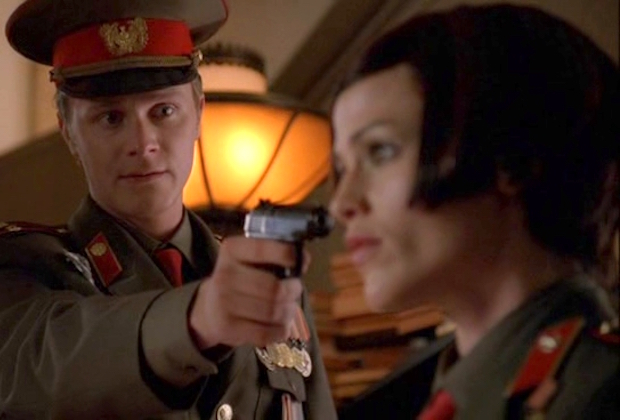